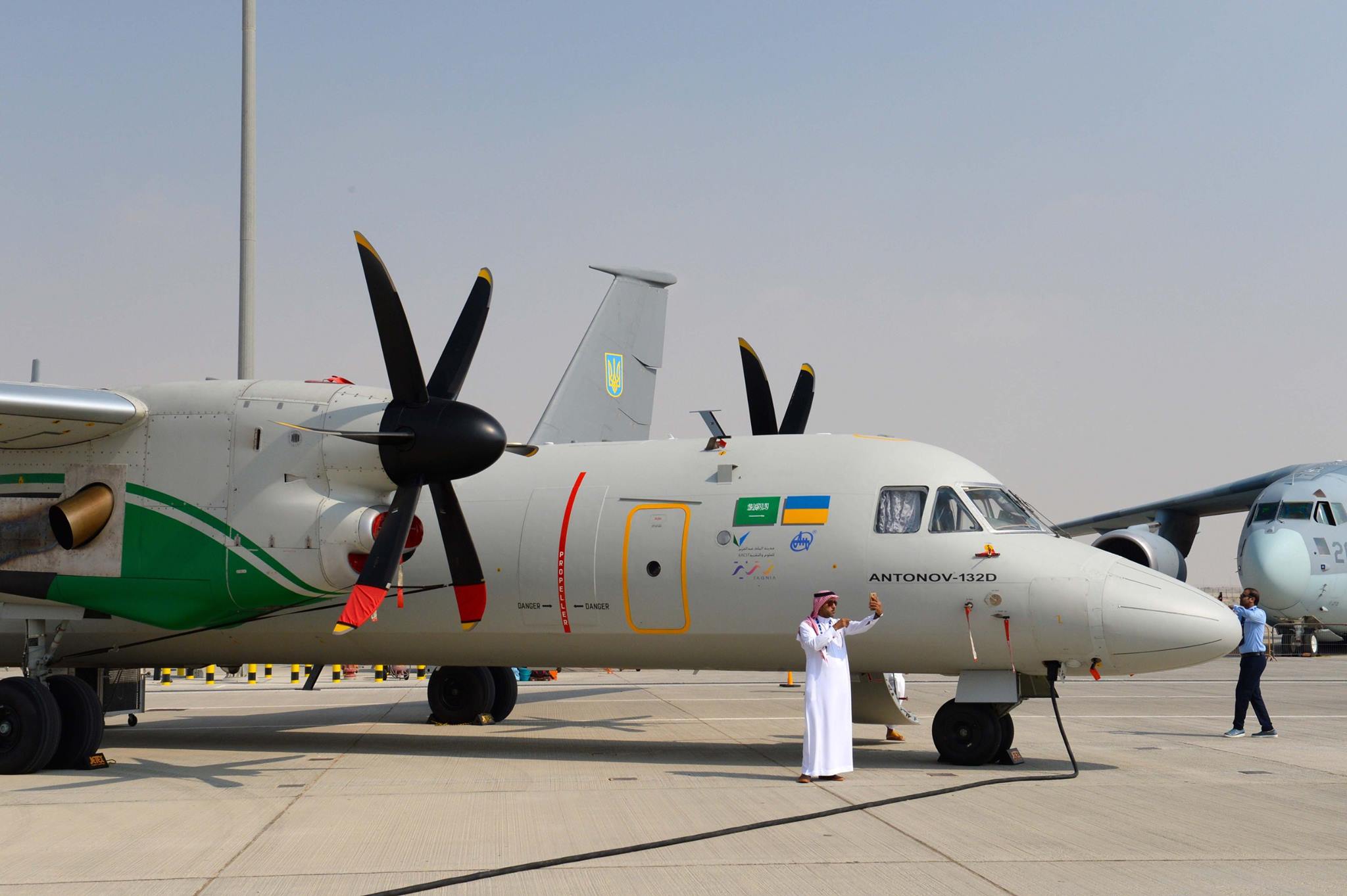 The aircraft crew consisting of test pilot 2 class Bohdan Zahorulko and test pilot 3 class Andriy Ghorin has demonstrated its high performance in the skies over Dubai:

Along with AN-132D was exhibited the АN-70 transport aircraft: