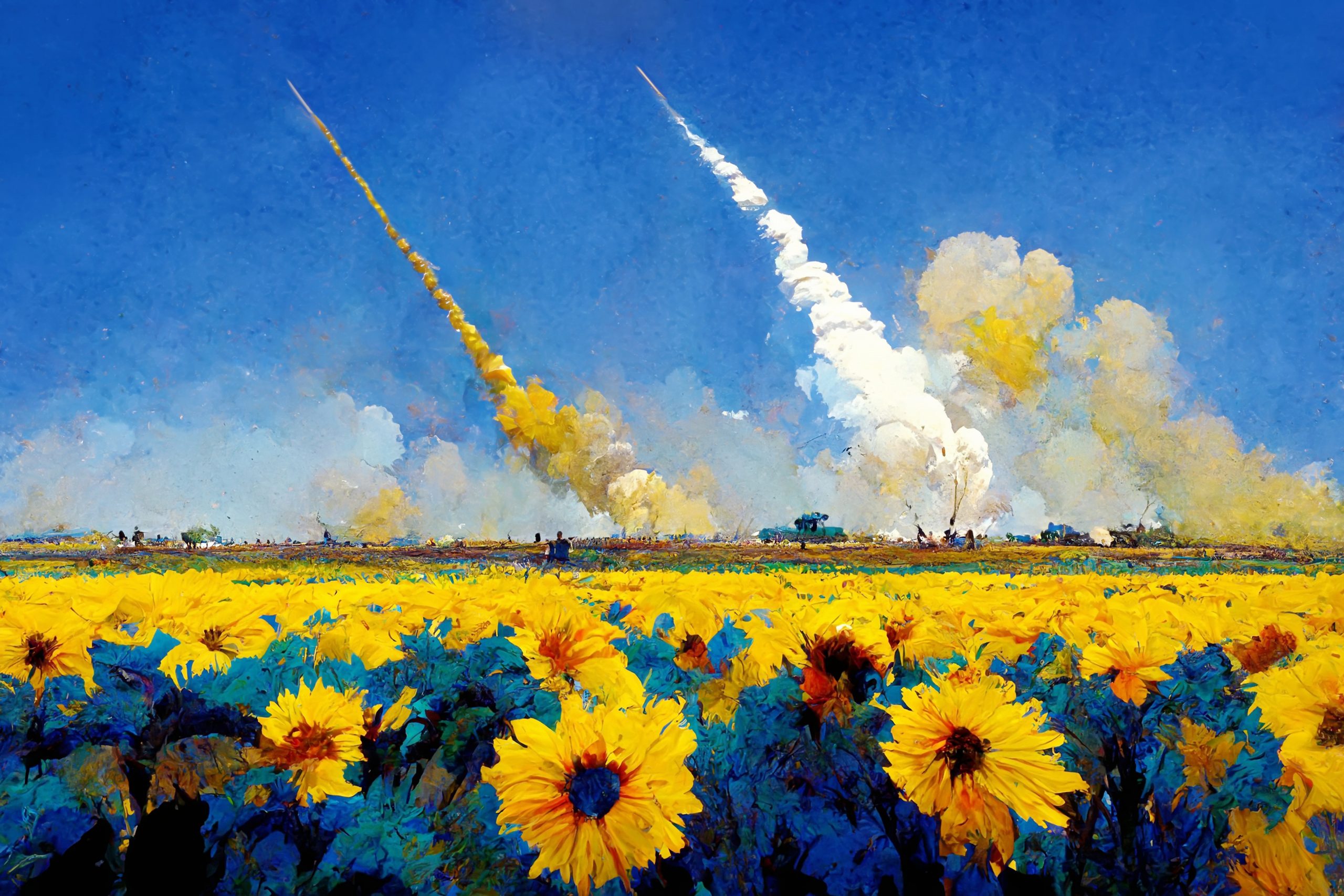 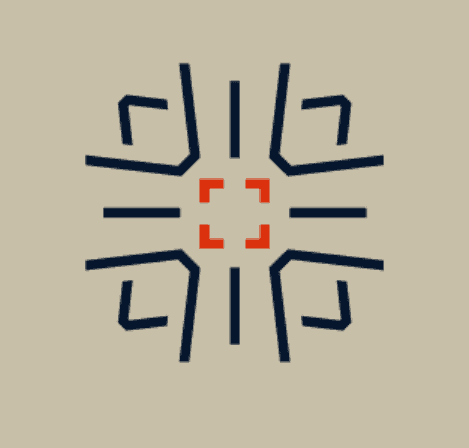 “Ukraine’s allies will need fewer words to understand the Ukrainian needs”, – Oleksiy Reznikov, Minister of Defence of Ukraine, expressed his expectation on the threshold of Rammstein 6 conference – immediately after Russia’s deadly strikes that killed civilians in Ukraine’s capital last week that were ruthlessly repeated this Monday.

“The sky cannot be closed 100% – we should have no illusions about that. The question is the percentage of possible damage – as of today, our glorious air defence units regularly shoot down up to 50% of all threats with the resources they have. So, if we reach 60-70-80%, it will be amazing…” – said the Minister of Defence of Ukraine last week, talking about the results of Rammstein 6 meeting.

Although Ukrainian Armed Forces have proven their dedication, professionalism, and fearlessness in the face of danger, there is still a dire shortage of military hardware and other equipment, needed for the defence of the country.

The topic of Ukraine’s development as a military power is addressed by KYIV RYSING, a 425-pages manuscript, developed by one of the most famous Ukrainian management consulting firms, telling about Ukraine, its military, social, environmental, and economic domains – both future, present-day and in the historical perspective.

The pro bono consulting project KYIV RYSING developed by Kyiv Consulting sheds light, inter alia, on the prerequisites of Russia’s war against Ukraine, the evolution of the Ukraine-Russia bilateral relationship and military potential of Ukraine, the current state of affairs, as well as implications of the ongoing hostilities for the entire world.

KYIV RYSING provides an outlook on the present-day challenges, as well as valuable insights on what will need to be considered in re-shaping the global security system, which has been shaken by the ruthless violation of the international order.

“Prior to the invasion of February 2022, Ukraine was probably the most misunderstood country in Europe. Although Russia has played a crucial role in shaping Ukraine’s unfavourable international image, Ukraine must accept a significant degree of responsibility for the country’s low international profile during the first three decades of independence. Successive Ukrainian governments neglected the country’s international image and very little was ever done to establish a Ukrainian brand among outside audiences.”, – Peter Dickenson, Ukraine Alert Editor at Atlantic Council, fairly mentioned in his interview for KYIV RYSING.

Back in 1991, Ukraine inherited the third largest nuclear arsenal and nearly one million military headcount, which was unbearable for the country’s economy at that time. By 2014, a series of cuts in its military spending had eventually led to a 5-fold decrease in quality, weapons, equipment, and the number of the Ukrainian army.

Besides, it is now obvious that a long-pursued “multivectoral” foreign policy has been another factor that worked against Ukraine. Attempts to hold neutrality have eventually made the country vulnerable and resulted in no intelligible national security guarantees from any of the military alliances.

The situation changed drastically since 2014. Still, while Ukraine has taken a firm course towards NATO, which embraced increased military spending, implementation of military reforms and consecutive transition to NATO standards, in February 2022, Russia decisively outstripped Ukraine in terms of the balance of power. This superiority was vividly featured by KYIV RYSING, which, on top of other related data, points that, by the Global Firepower Analysis 2022, the Ukrainian Army was ranked 22, while Russia was assigned number 2 – with only the USA ahead of it. By way of example, Russia’s military spending versus that of Ukraine has been 10:1, with its superiority in terms of the population having been just 3:1, respectively.

Amid internal factors that have impeded Ukraine’s military maturity, the objective reality was that the length of Ukraine’s borders with Russia and Russia-allied Belarus (being over 3000 km in total) did not allow Ukraine to secure itself against external threats in a “3D perspective”: from land, sea, and air, as well as from North, East and South.

Fortunately, today Ukraine’s defence capability is on top of the Western countries’ security agenda and is largely supported by NATO member states, with the biggest commitments coming from the USA, UK, and Poland. However, the truth is such support is largely “event-driven” and is subject to donors’ goodwill and political expediency.

Against this backdrop, one can draw a conclusion that membership in a military alliance would ensure Ukraine’s security, guaranteed by the commitments of its member-states. Therefore, the only feasible option to survive and regain its territory for Ukraine is to accelerate its movement towards NATO.

“We need to switch to NATO standards completely or become a part of it or become a part of another effective security system instead. After this war, we need to build a strong defence system with everything we lack now, but additionally, we have to monitor and consider new threats and be ready to protect ourselves and the civilised world.” – Oleksii Zibrov, a KYIV RYSING interviewee, said.

Russia’s war against Ukraine became a grave lesson for the global community. KYIV RYSING provides facts- and figures-proven implications, spreading far beyond Ukraine’s borders, as well as explains why Russia’s war against Ukraine imposes a global threat. By exacerbating geopolitical tensions worldwide, the ongoing hostilities in Ukraine have already spurred countries around the globe to re-examine their defence budgets and military strategies. By way of example, Finland and Sweden have sacrificed their neutrality and applied for their fully-fledged NATO membership.

“The lessons learned from Russia’s war against Ukraine are many and will be studied for generations. A smaller, motivated army with the will to fight can defeat a numerically superior army if it has better leadership, and leadership development throughout the organisation, and has just enough precision-guided weapons to effectively implement a superior strategy. Stingers, Javelins, NASAMs, HARMs, Neptunes, and HIMARs, together, with a smaller army, can defeat a far larger army.”, – Dan Rice, Special Advisor to the Commander in Chief of the Armed Forces of Ukraine, sharing his opinion under the KYIV RYSING initiative.

If you are eager to learn more about the Russia-Ukraine war, the stages of the ongoing hostilities, the evolution of the Western countries’ perception of Ukraine and, as a result, their military and financial aid, as well as associated global implications and lessons to be learned, you are welcome to download KYIV RYSING book, a pro bono consulting project that has been launched, supervised and executed by Nicolai Kiskalt, the Chief Executive Officer of Kyiv Strategy Consulting LLC (also named Kyiv Consulting), the largest Kyiv-based Ukrainian management consultancy that roots back to 2018 and serves clients from more than 40 countries around the world.

For reference: On top of the above quoted interviewees, KYIV RYSING was also enriched by views of: