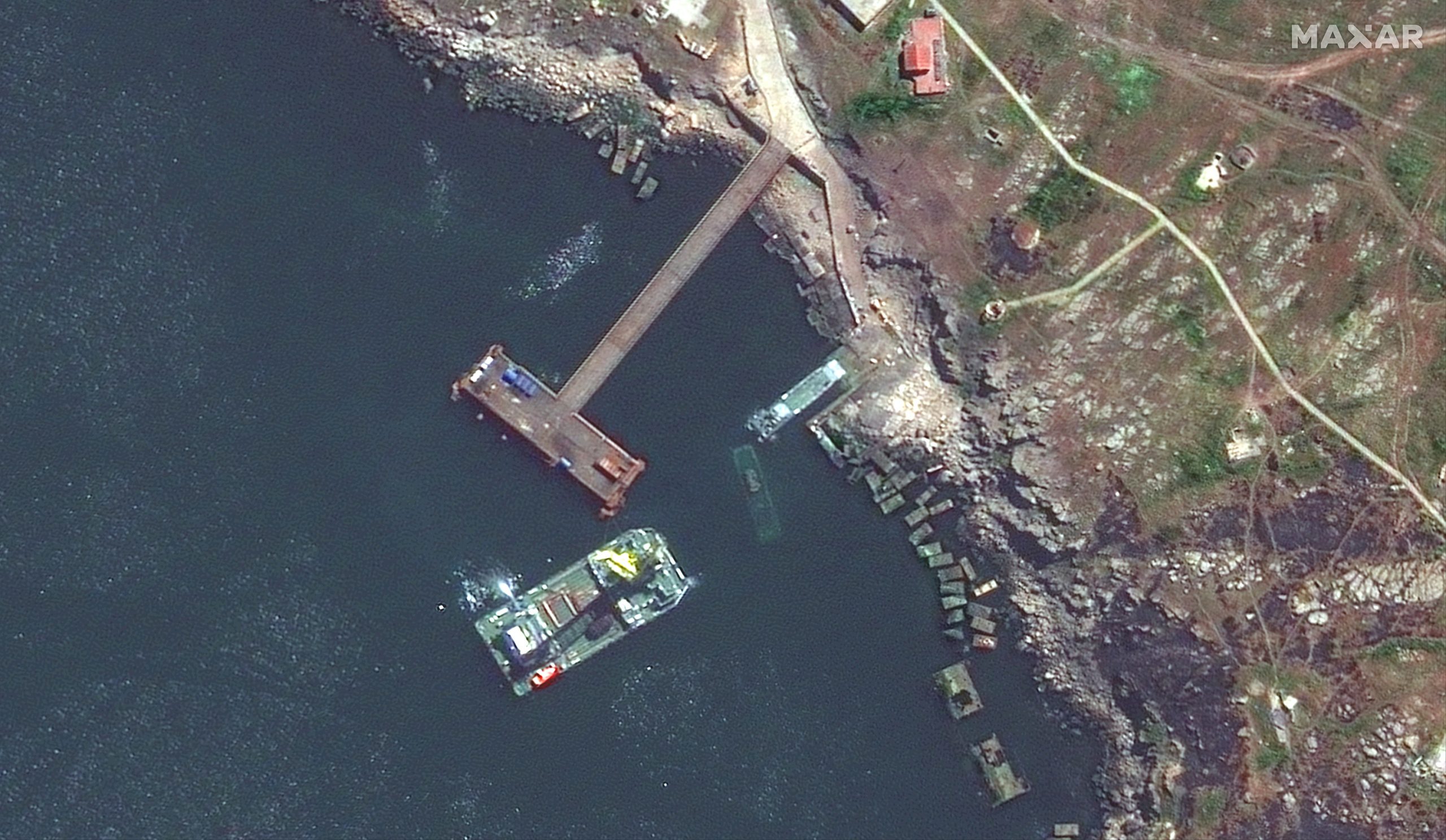 Battle for the Zmiyinyi Island: the Russians brought in a floating crane and a landing craft utility to the island

The Russians are trying to fix their positions on the Ukrainian island of Zmiyinyi and regain control after the recent defeat by the Defense Forces of Ukraine.

According to MAXAR’s May 12, 2022 images published by CNN, Black Sea Fleet vessels are being used for this task.

A satellite image of the northern part of the island shows that a Serna-class landing craft utility of project 11770 “Sarna” arrived on the island. The ship moored to the island, and his landing ramp was lowered. This might indicate that the Russians brought cargo to the island or even a unit of military equipment. 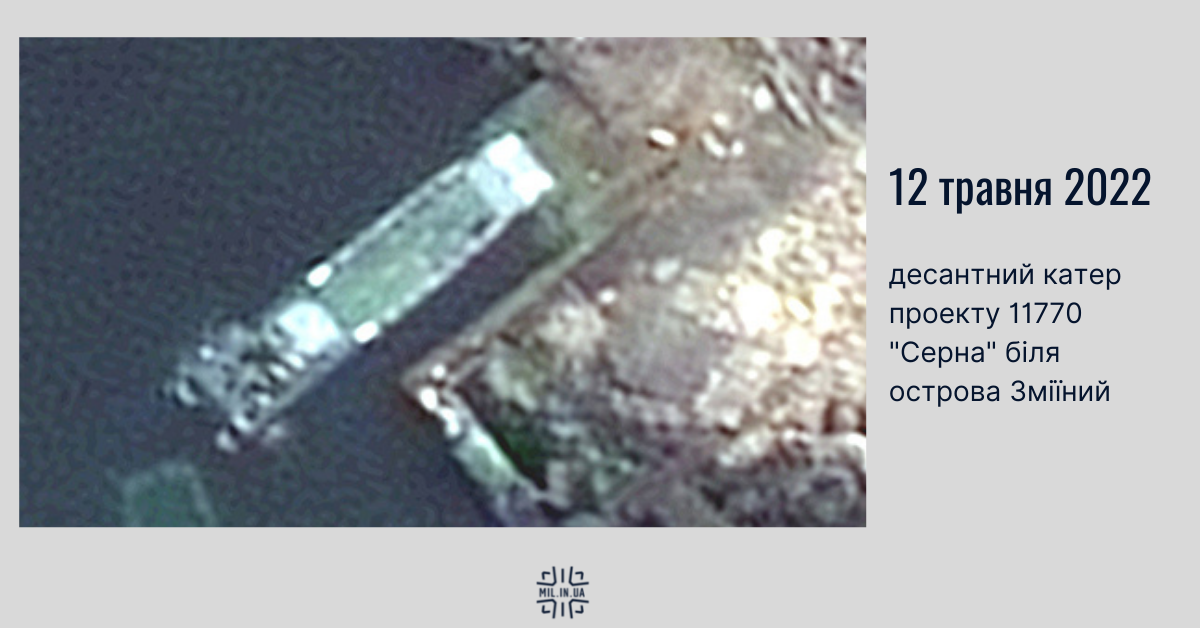 Russians have also brought a floating crane to the island, probably of project 02690. The Russian Black Sea Fleet has two such vessels. These are the vessels with a displacement of 2,000 tons, capable of staying at sea for up to 10 days. The loading capacity is up to 150 tons. 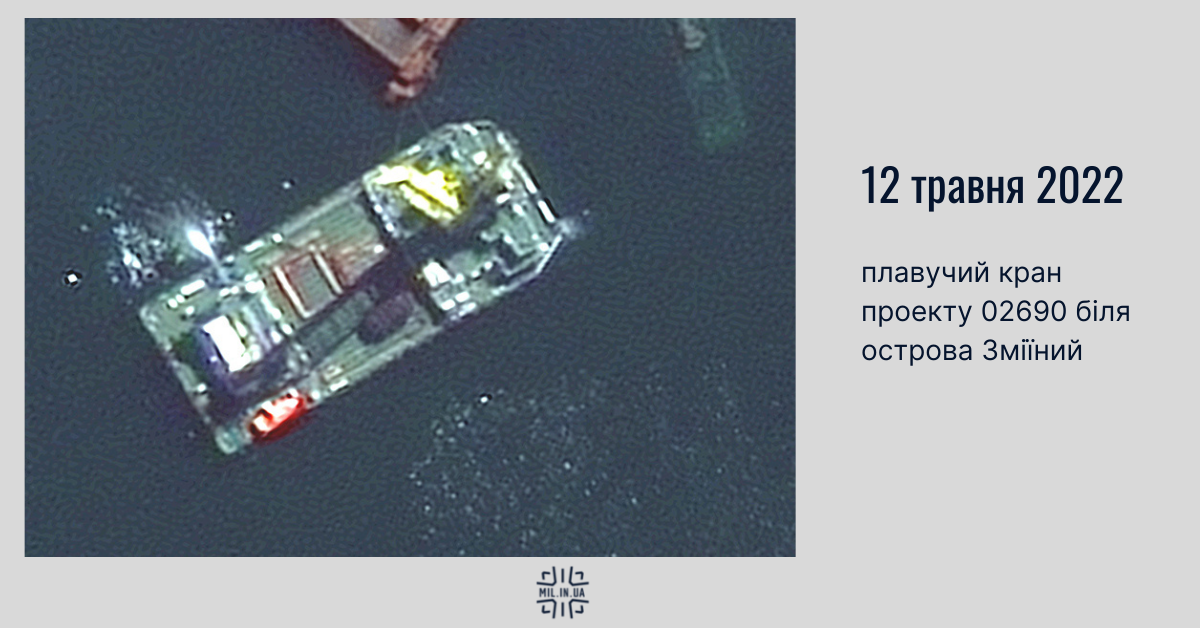 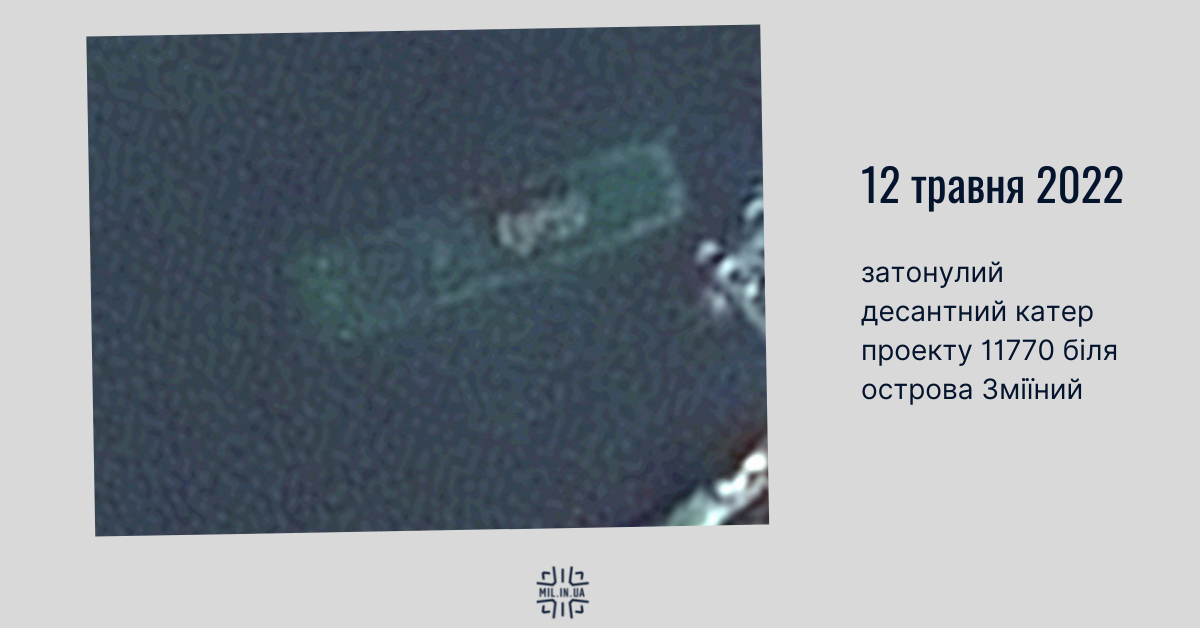 The U.S. media published a picture of the island’s surface, which illustrates the scale of the destruction after the attack by Ukrainian aircraft. 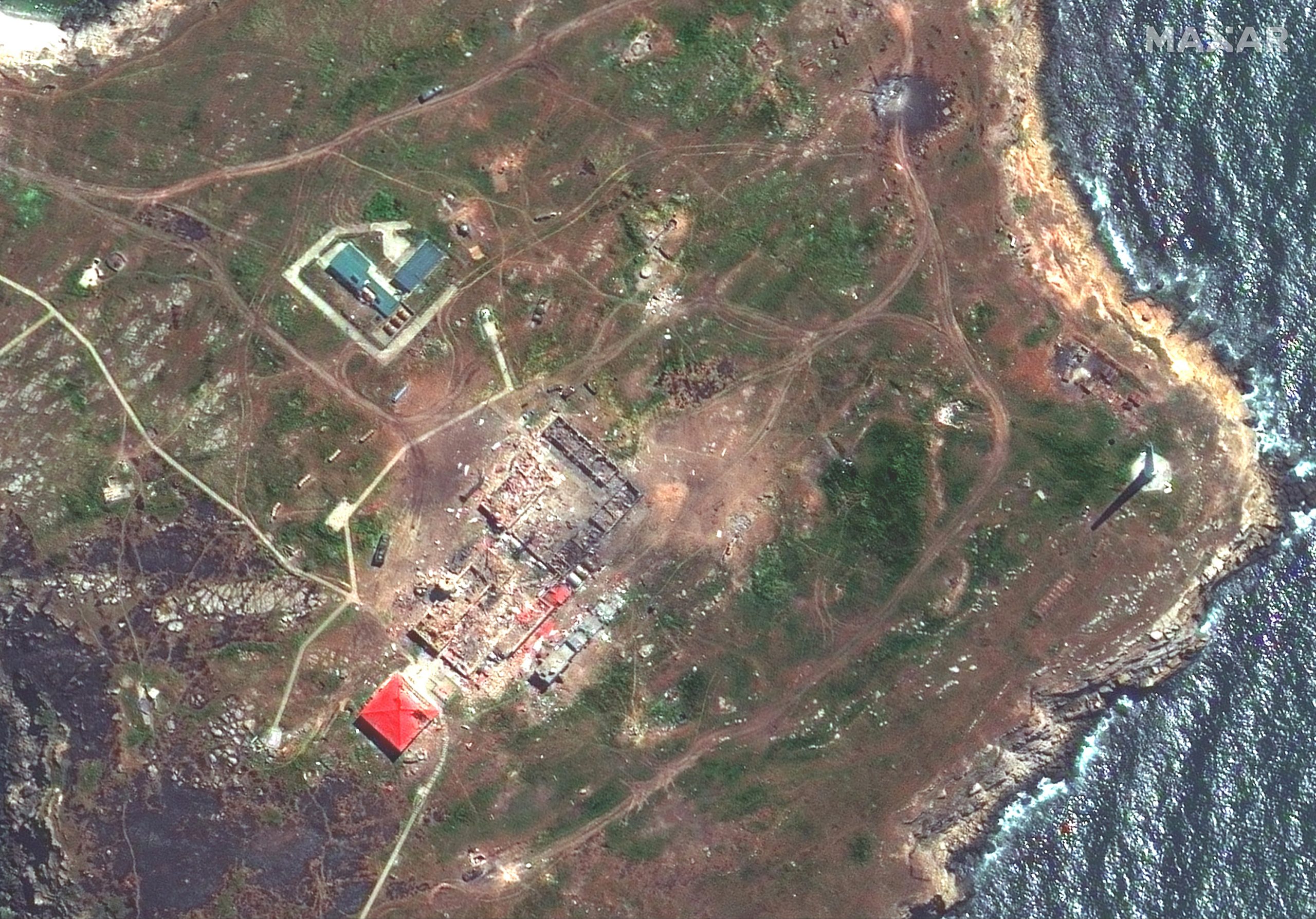 Kyrylo Budanov, Head of the Defense Intelligence of the Ministry of Defense of Ukraine stated that the island is of strategic importance for both Ukraine and the Russian invaders as it allows to control the ground surface and, to some extent, the air situation in the south of Ukraine. Zmiyinyi Island is also strategically important in terms of Russia’s ability to execute a tactical naval landing.

According to Major General Kyrylo Budanov, this is theoretically the only region through which the Russian invaders could try to reach the territory of the occupied Transnistrian region of Moldova.

Previously, on May 7 and 8, the Defense Forces of Ukraine struck a number of blows on Zmiyinyi Island. In particular, destroyed were the landing ship, up to 5 Raptor high-speed patrol boats, the Mi-8 helicopter with the landing craft, and the island’s infrastructure.

The SSU detained a Russian agent who was trying to infiltrate the ranks of the Armed Forces of Ukraine
Security Service of Ukraine Ukraine War with Russia
Facebook Notice for EU! You need to login to view and post FB Comments!