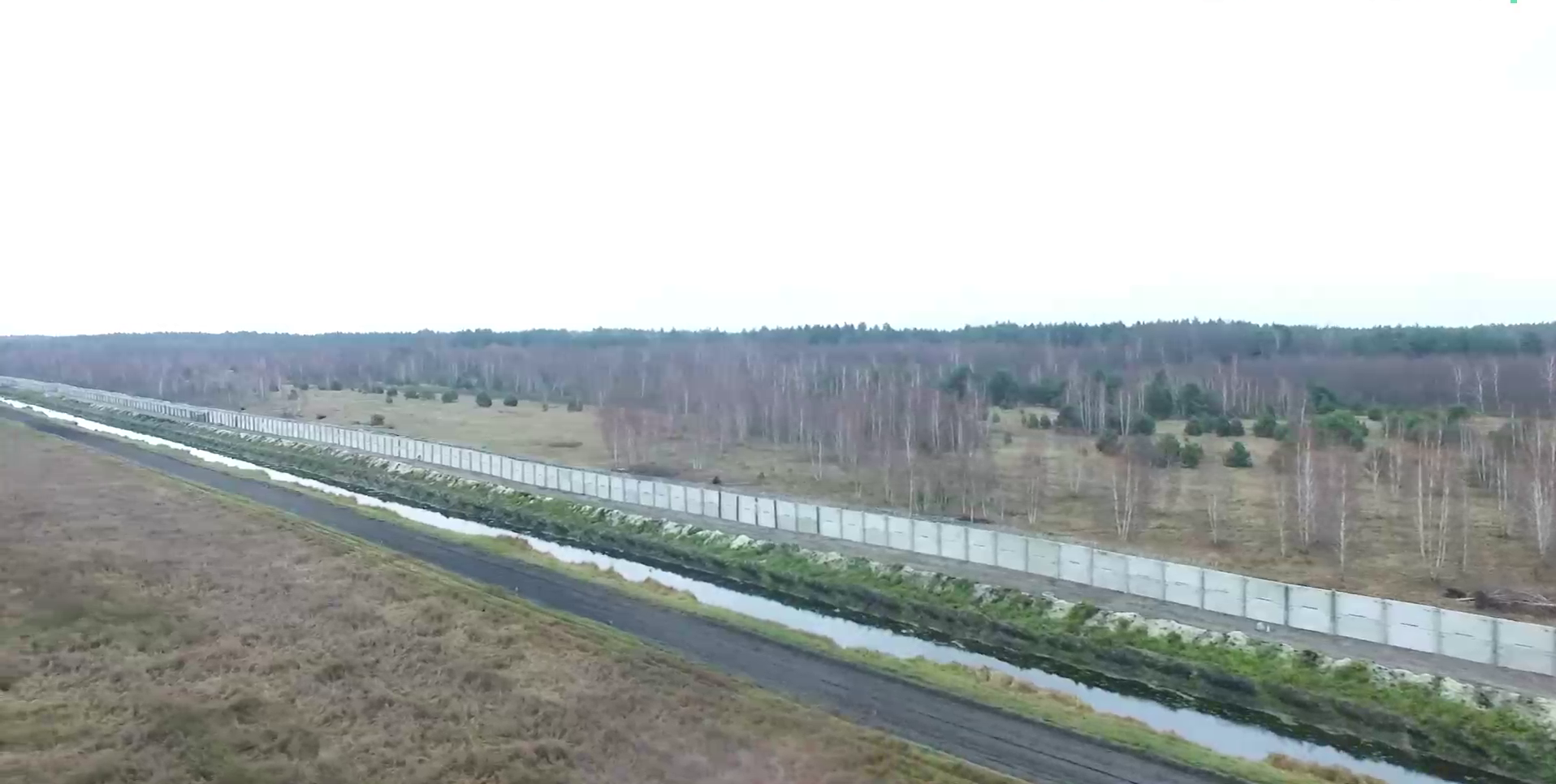 17 November, 2022 A section of the Belarusian-Ukrainian border. November 2022. Image: State Border Committee of the Republic of Belarus

Border guards of Belarus demonstrated the section of the Belarusian-Ukrainian border, along which Ukraine is building a reinforced concrete fence.

The video and images, along with propaganda statements, were published on the official social media page of the Belarusian institution.

It was noted there that the Ukrainian military had recently started constructing a reinforced concrete fence, on top of which two rows of the Yegoza-type barbed wire were installed.

As noted by the border service of Belarus, the height of the barrier is 3 to 4 meters.

The fence is installed on the Ukrainian territory 10-15 meters away from the interstate border. The construction consists of concrete slabs. 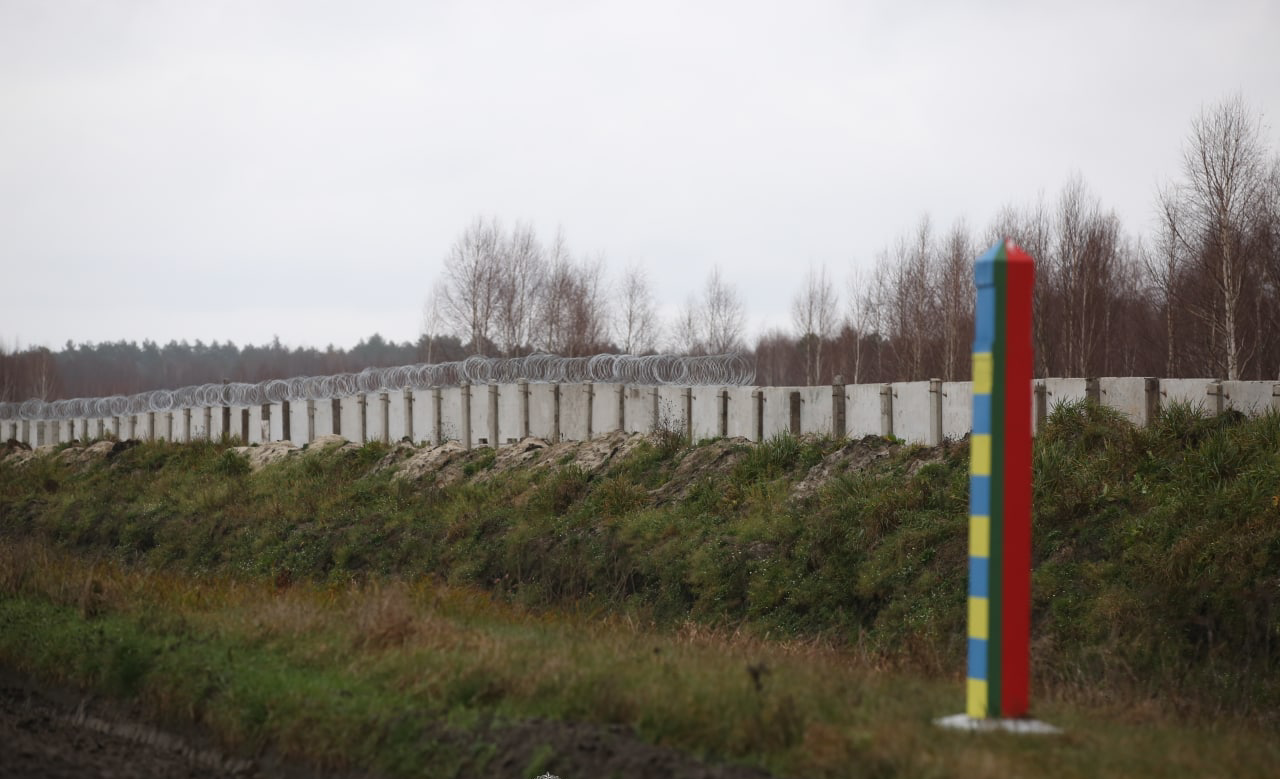 The Belarusian border guards also emphasize that the barrier is not continuous – in some places, 2 to 3 slabs are missing. 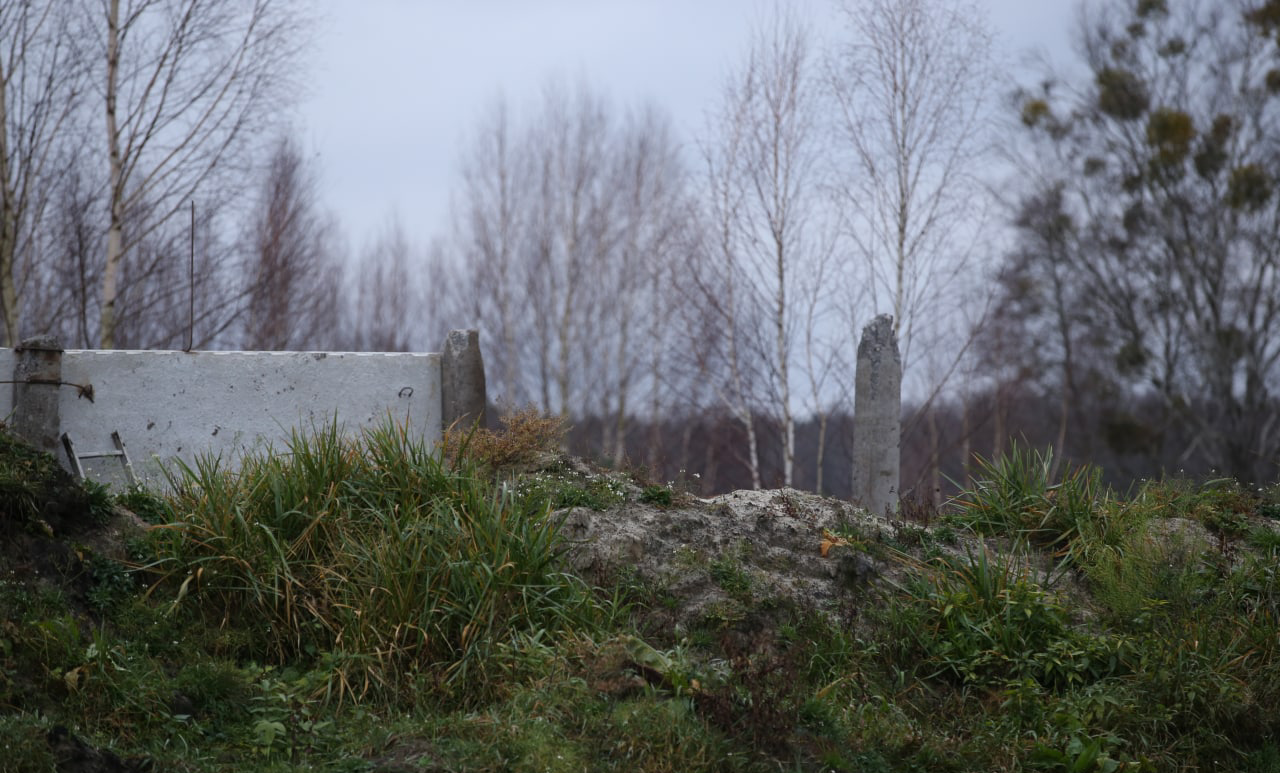 In addition, according to them, the Ukrainian side installed observation posts along the reinforced concrete fence.

Observation towers where Ukrainian military personnel is stationed to monitor the territory are also located adjacent to the interstate border. 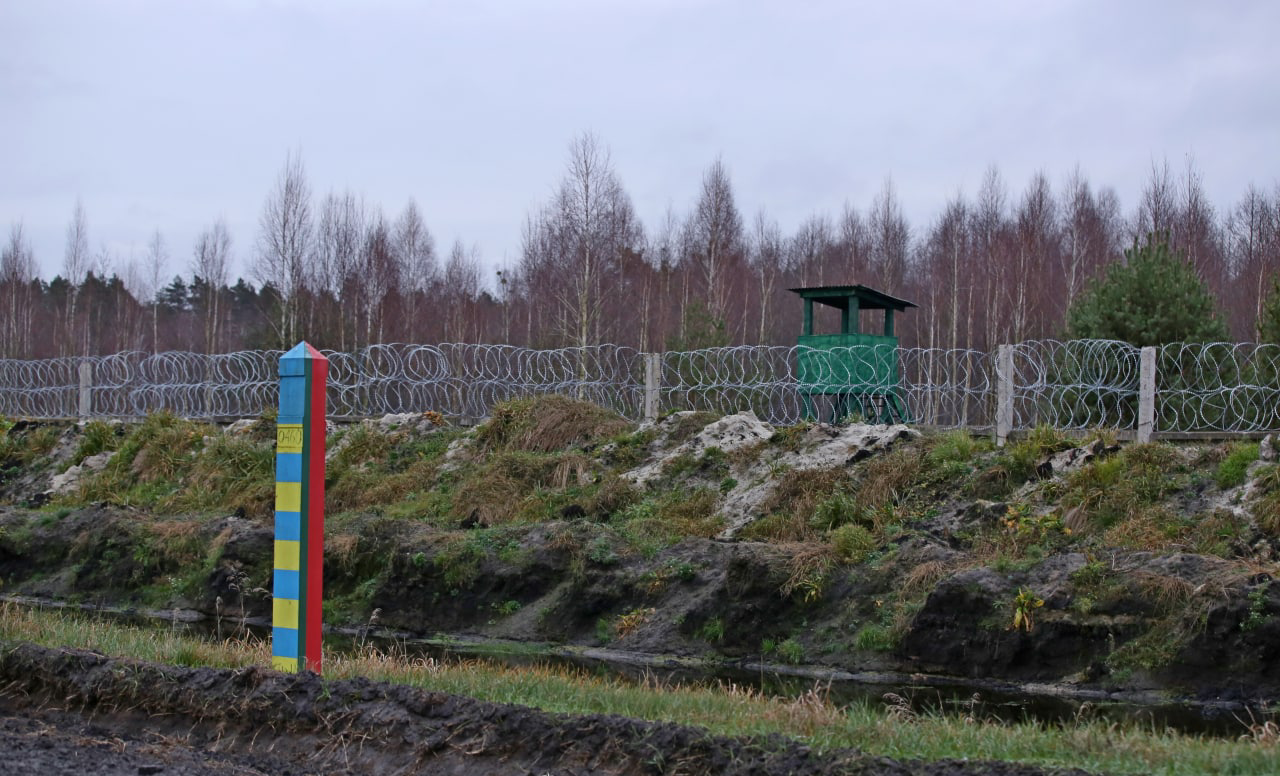 Previously, Belarus was outraged by the fact that the Ukrainian military continues to mine border territories. The development of fortifications and engineering barriers also annoys Belarusians. 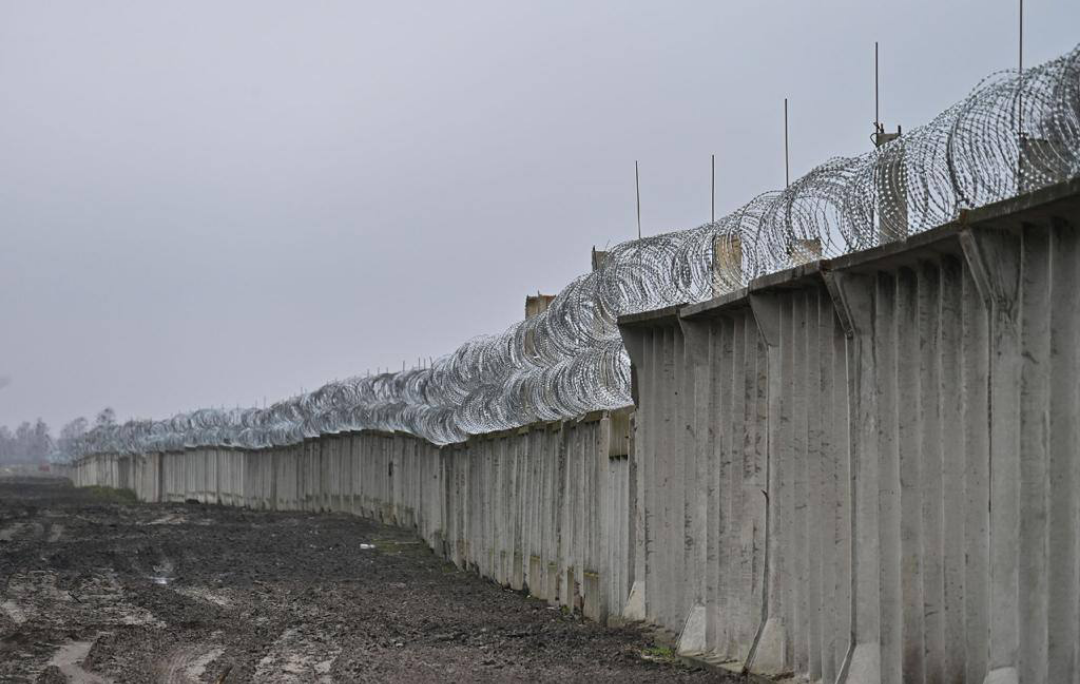 It should be noted that the Defense Forces of Ukraine began to strengthen the border with Belarus and Russia after the withdrawal of the Russian invading forces from the northern territories of Ukraine in the spring of 2022. 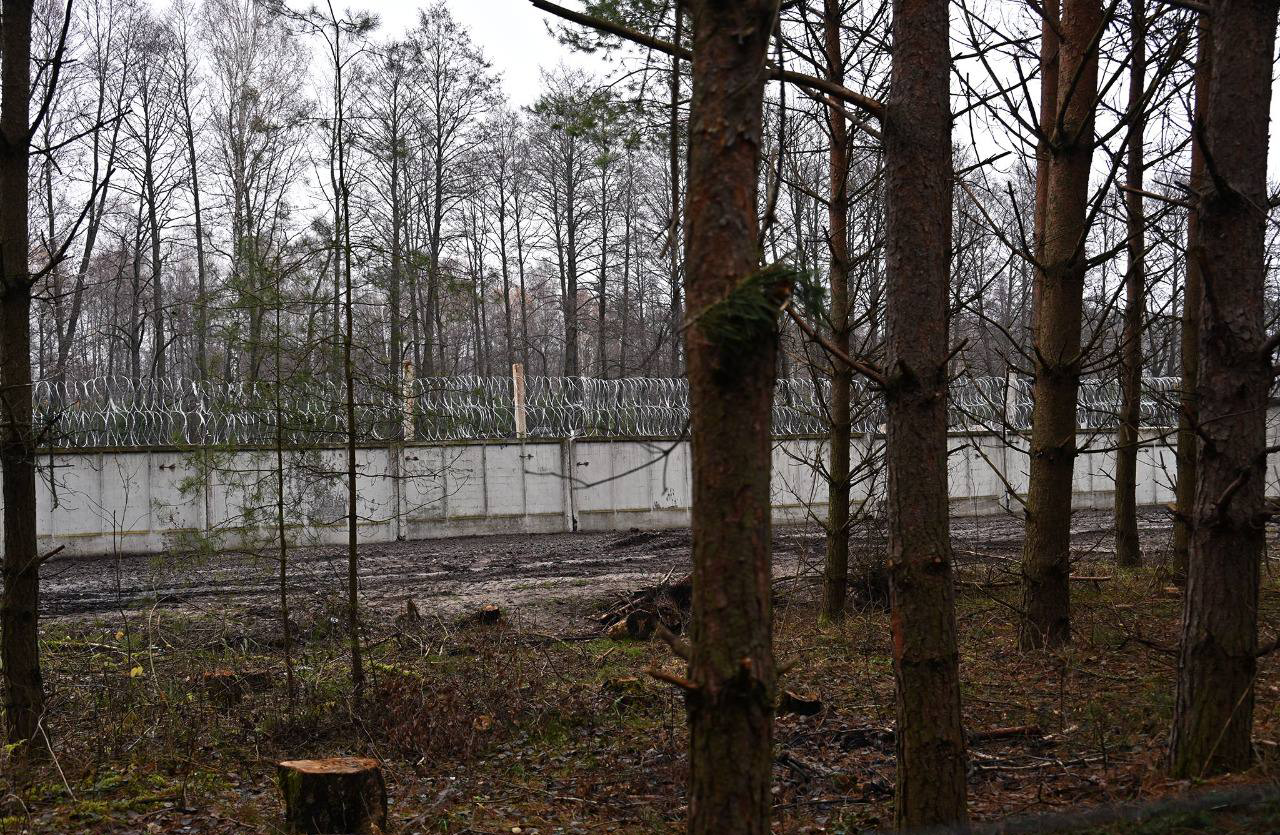 Recently, it was reported that a reinforced concrete fence with barbed wire is being constructed on the Ukrainian side. This is a part of engineering structures on the territory of the Volyn region, at the border with Belarus. As of the end of last week, the Armed Forces of Ukraine reported that approximately 3 kilometers of such structures were already put in place, and the plan is to equip about 4 kilometers more. 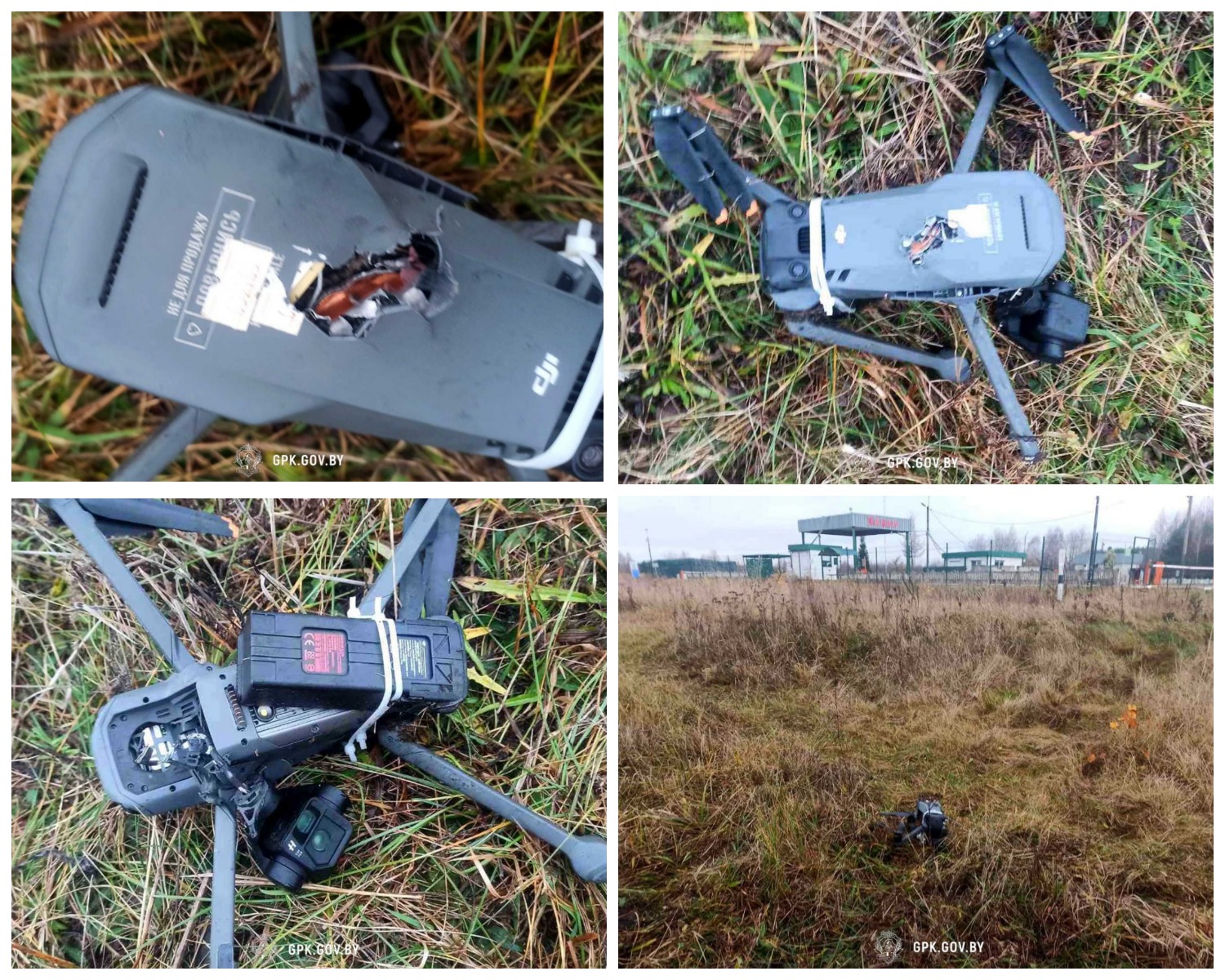 Also yesterday, Belarusian border guards claim to have shot down an unmanned aerial vehicle at the border with Ukraine and call its launch a deliberate provocation. According to their data, the incident occurred on November 16 in the Kobryn district. A DJI Mavic 3 commercial drone was shot down by border guards with a Kalashnikov assault rifle.