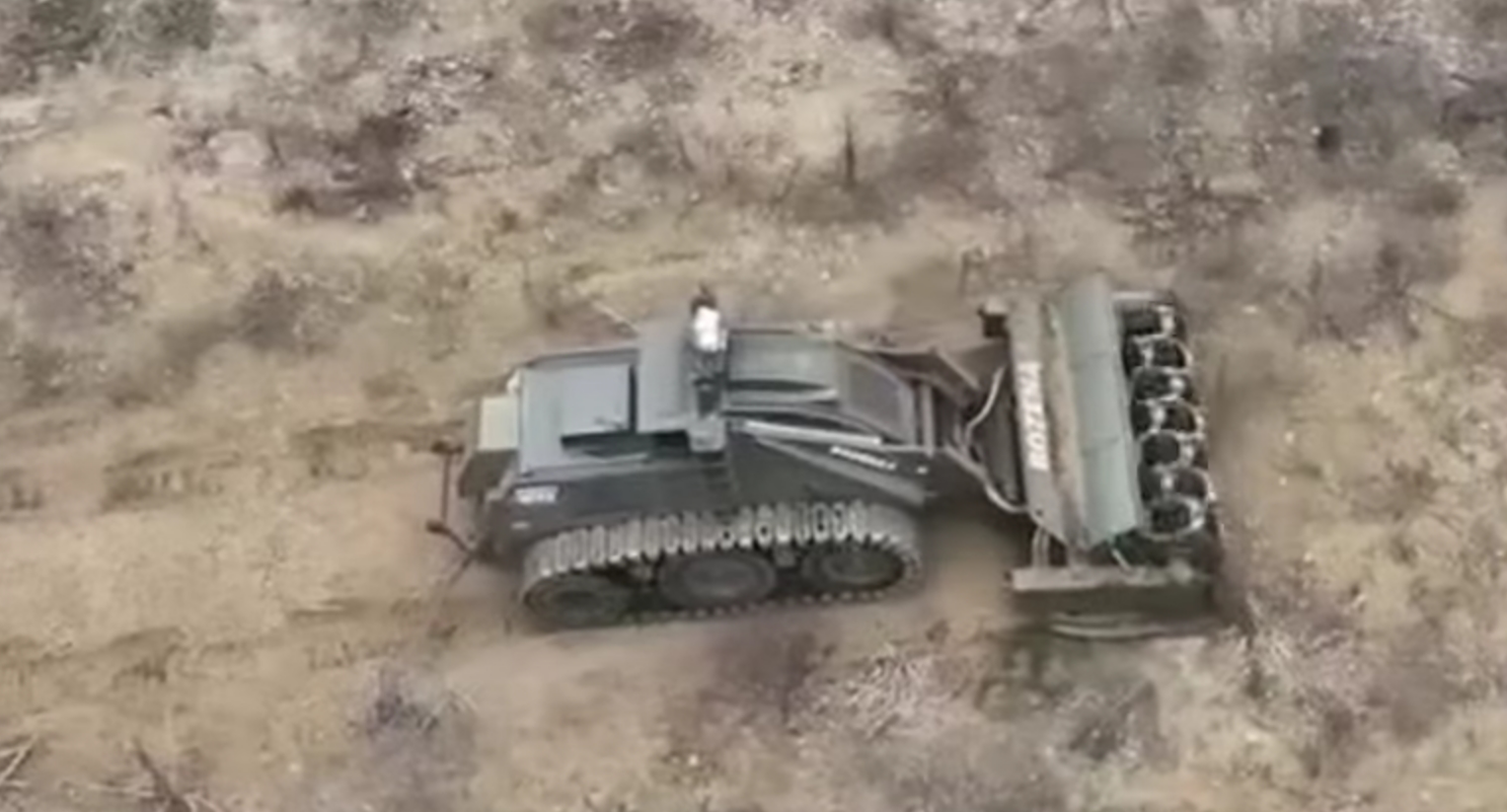 The Bozena-5 remote-controlled demining system was involved in demining of territories of the Kharkiv region liberated from Russian invaders.

The vehicle works together with the demining groups of the Armed Forces of Ukraine.

This was reported by the Ukrainian Command of the Support Forces of the Armed Forces.

The Bozena-5 demining system is used both in rough terrain and within urban conditions to clear the ground from explosive objects which remained after hostilities with the Russian invaders.

The military noted that due to the coordinated work of this team it was possible to restore power supply to more than 8.5 thousand clients in settlements of the Kharkiv region within three weeks. 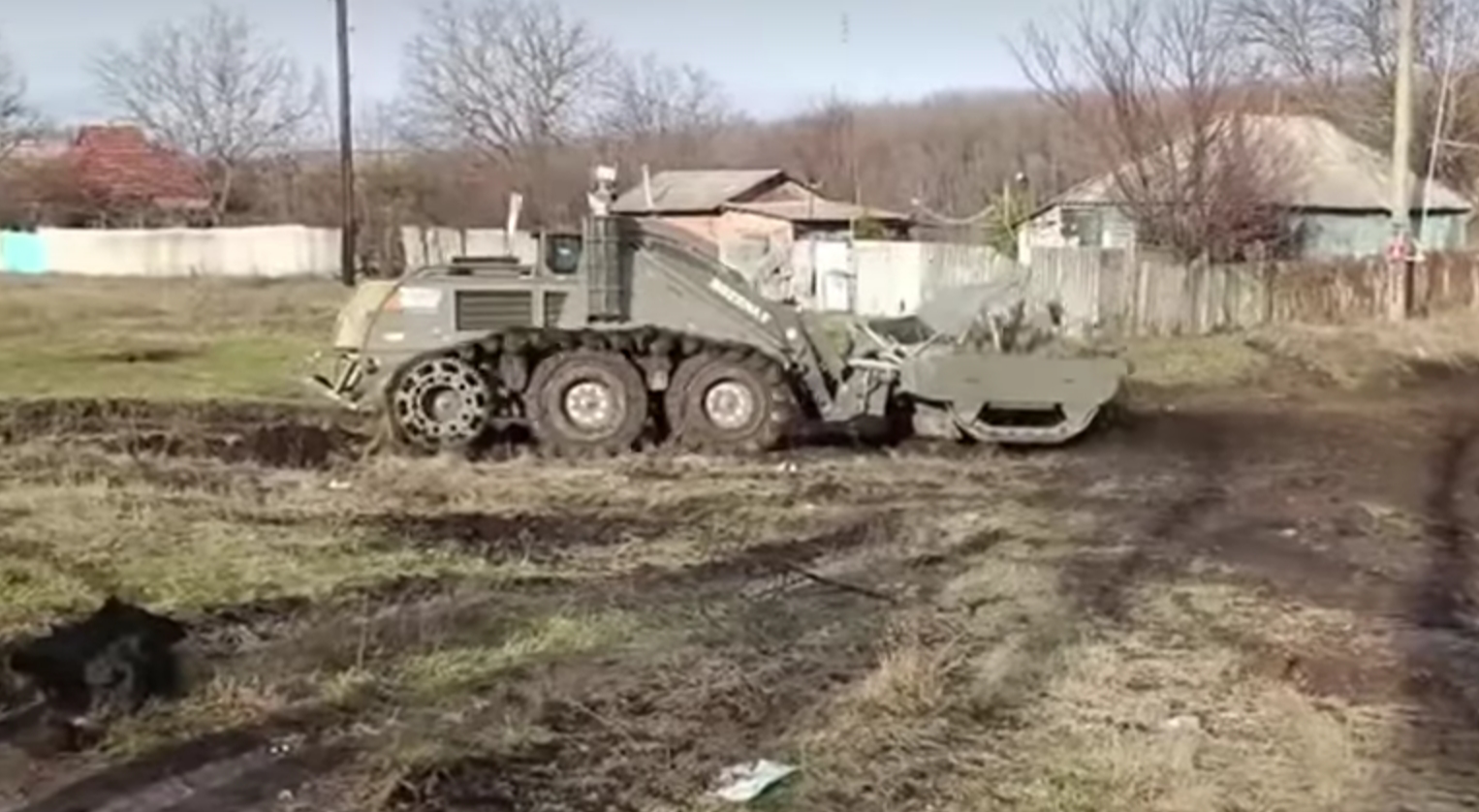 This demining vehicle was transferred to Ukraine from Slovakia. 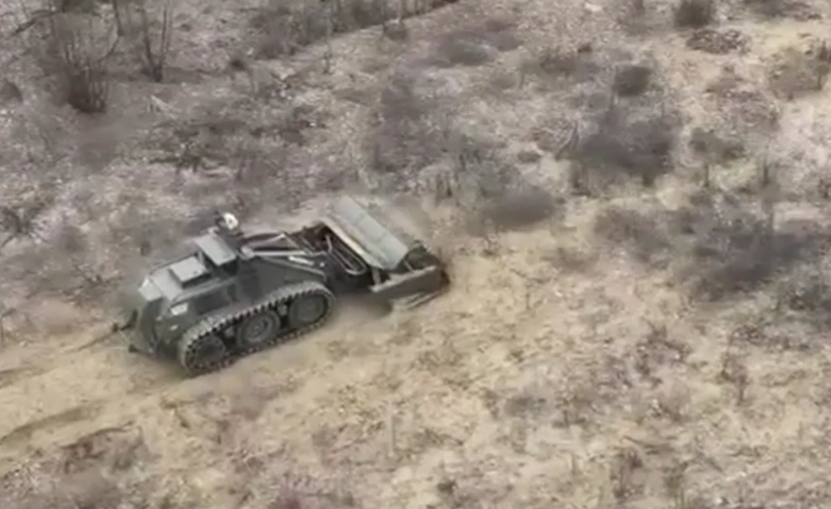 The Bozena-5 de-mining system is a Slovak-made tracked remote-controlled vehicle that is designed to eliminate mines.

It is equipped with a rotating chain de-mining device. The system includes the main hull of the vehicle, unloading device, operator’s cabin and trailer of the transport platform. 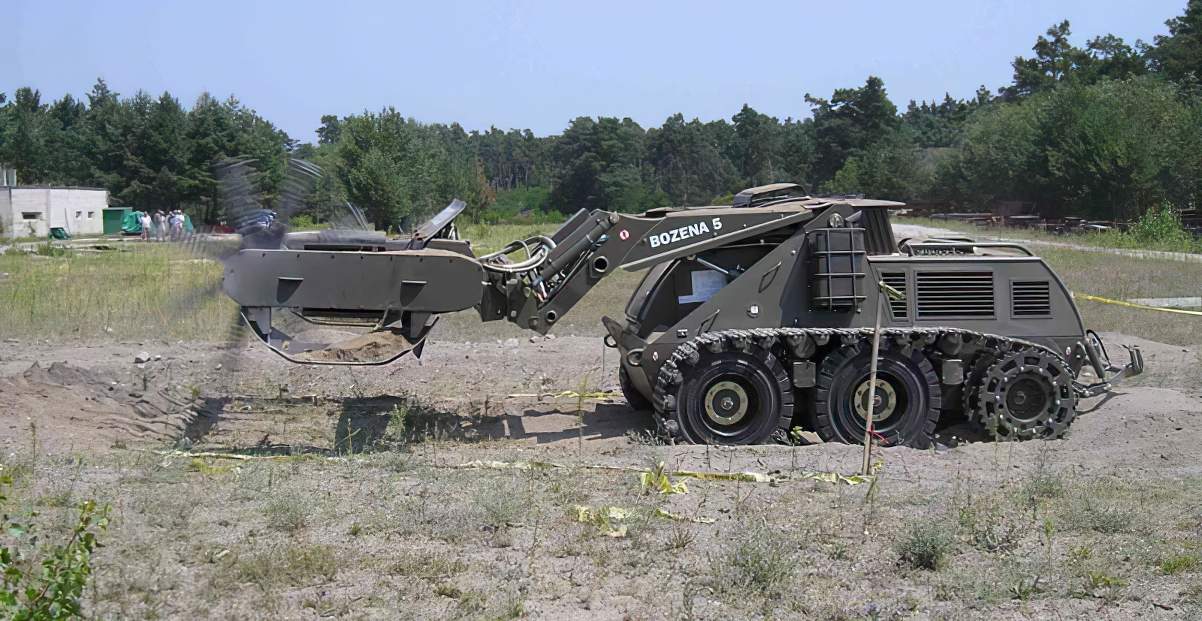 The system carries out forced detonation or elimination of anti-personnel mines of pressure or tension action and anti-tank mines with a warhead equivalent to 9 kg of TNT. 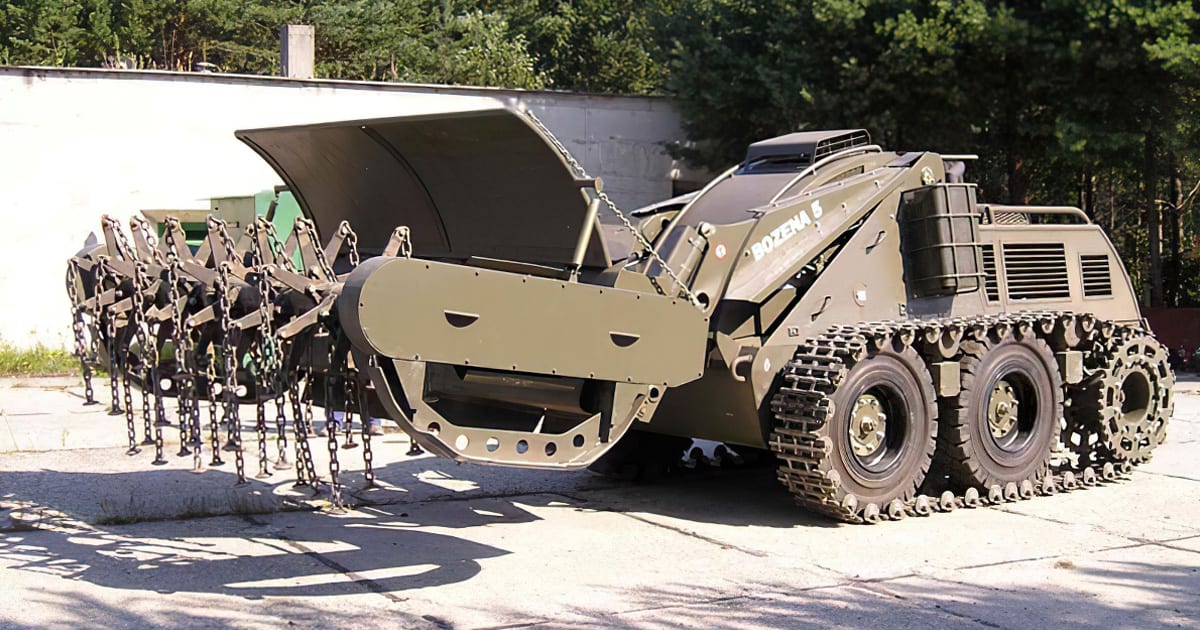 The demining process is controlled by the operator from an armored cockpit, which is protected from damage during detonation of ammunition by an armored shield located in the front of the vehicle. 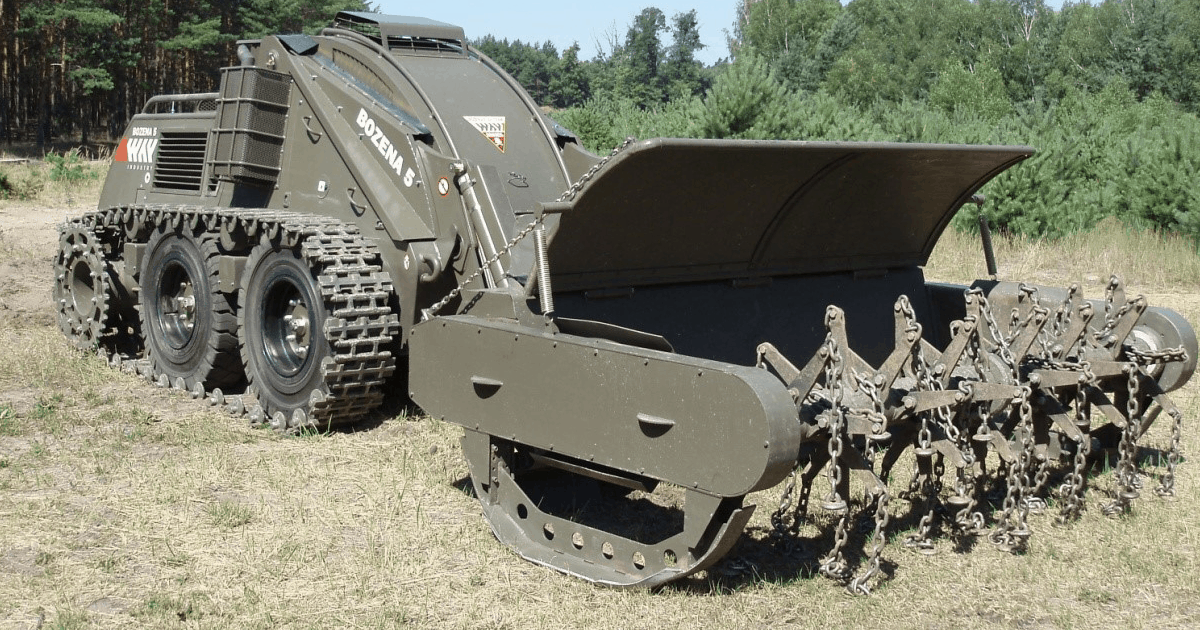 The system can be used not only for demining, but also for clearing territories from shrubs and stunted vegetation, and after changing the working device – for transportation and processing of hazardous materials or as a remote control digging/leveling vehicle.

It should be reminded that earlier Germany has handed over four armored demining vehicles to Ukraine.