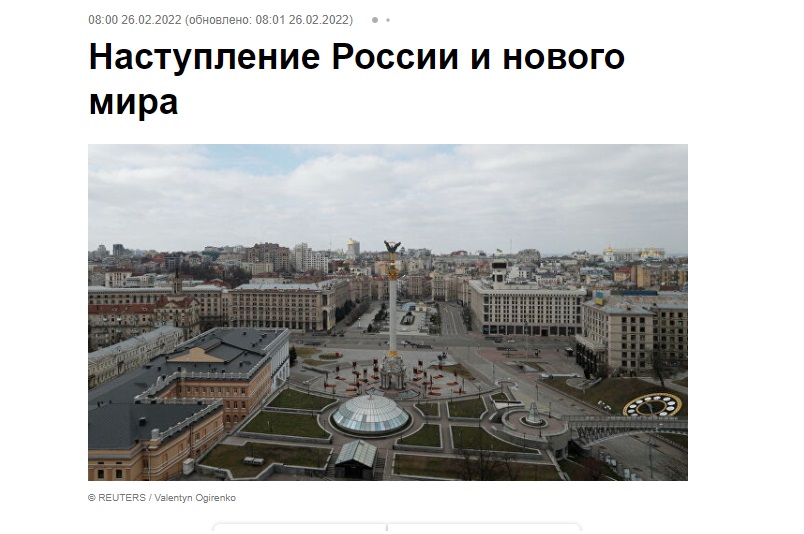 Brave new world of Putin: An article by the propaganda publication RIA Novosti, which was to be published after the occupation of Ukraine

It describes Putin’s imperial plans for the total Russification of Ukraine and Belarus and change of the world order.

RIA Novosti is a Russian state-owned domestic news agency, known for its systematic support of the Kremlin, violation of journalistic standards and work according to so-called “temnik” (directives and agendas from the government).

Although RIA deleted the article after publication, the author Petr Akopov  was probably proud of his text, so the English translation was published on a marginal site The Frontier Post (English language daily newspaper founded in Peshawar, Pakistan).

Petr Akopov was born in Moscow on October 7, 1968. Studied at the Moscow State Institute of History and Archives. He began to write in 1991, after the trip to the Russian-Georgian war in South Ossetia. He is adhering to right-wing, conservative-nationalist political views.

The beginning of Russia and the new world

A new world is being born before our eyes. Russia’s military operation in Ukraine has ushered in a new era – in three dimensions at once. And of course, in the fourth, internal Russian. Here begins a new period both in ideology and in the very model of our socio-economic system – but this is worth talking about separately a little later.

Russia is restoring its unity; the tragedy of 1991, this terrible catastrophe in our history, its unnatural dislocation, has been overcome. Yes, at a great cost, yes, through the tragic events of a virtual civil war, because now brothers, separated by belonging to the Russian and Ukrainian armies, are still shooting at each other, but there will be no more Ukraine as anti-Russia. Russia is restoring its historical fullness, gathering the Russian world, the Russian people together – in its entirety of Great Russians, Belarusians and Little Russians.

If we had abandoned this, if we had allowed the temporary division to take hold for centuries, then we would not only betray the memory of our ancestors, but would also be cursed by our descendants for allowing the disintegration of the Russian land.

Vladimir Putin has assumed, without a drop of exaggeration, a historic responsibility by deciding not to leave the solution of the Ukrainian question to future generations. After all, the need to solve it would always remain the main problem for Russia – for two key reasons. And the issue of national security, that is, the creation of anti-Russia out of Ukraine and an outpost for the West to put pressure on us, is only the second most important among them.

The first would always be the complex of a divided people, the complex of national humiliation – when the Russian house first lost part of its foundation (Kyiv), and then was forced to come to terms with the existence of two states, not one, but two peoples. That is, either to abandon their history, agreeing with the insane versions that “only Ukraine is the real Rus,” or to gnash one’s teeth helplessly, remembering the times when “we lost Ukraine.” Returning Ukraine, that is, turning it back to Russia, would be more and more difficult with every decade – recoding, de-Russification of Russians and inciting Ukrainian Little Russians against Russians would gain momentum. And in the event of the consolidation of the full geopolitical and military control of the West over Ukraine, its return to Russia would become completely impossible – we would have to fight for it with the Atlantic bloc.

Now this problem is gone – Ukraine has returned to Russia. This does not mean that its statehood will be liquidated, but it will be reorganized, re-established and returned to its natural state as a part of the Russian world. Within what boundaries, in what form will the alliance with Russia be consolidated (through the CSTO and the Eurasian Union or the Union State of Russia and Belarus)? This will be decided after the end is put in the history of Ukraine as anti-Russia. In any case, the period of the split of the Russian people is coming to an end.

Here begins the second dimension of the coming new era – it concerns Russia’s relations with the West. Not even Russia, but the Russian world, that is, three states, Russia, Belarus and Ukraine, acting in the geopolitical dimension as a whole. These relations have entered a new stage – the West sees the return of Russia to its historical borders in Europe. And it is loudly indignant at this, although in the depths of his soul it must admit that it could not be otherwise.

Did anyone in the old European capitals, in Paris and Berlin, seriously believe that Moscow would give up Kyiv? That the Russians will forever be a divided people? And at the same time when Europe is uniting, when the German and French elites are trying to seize control of European integration from the Anglo-Saxons and assemble a united Europe? Forgetting that the unification of Europe became possible only thanks to the unification of Germany, which took place according to the good Russian (albeit not very smart) will. To swipe after that also on Russian lands is not even the height of ingratitude, but of geopolitical stupidity. The West as a whole, and even more so Europe in particular, did not have the strength to keep Ukraine in its sphere of influence, and even more so to take Ukraine for itself. In order not to understand this, they had to be just geopolitical fools.

More precisely, there was only one option: to bet on the further collapse of Russia, that is, the Russian Federation. However, the fact that it did not work should have been clear twenty years ago. Moreover, already fifteen years ago, after Putin’s Munich speech, even the deaf could hear – Russia is returning.

Now the West is trying to punish Russia for the fact that it returned, for not justifying its plans to profit at its expense, for not allowing the expansion of the western space to the east. Seeking to punish us, the West thinks that relations with it are of vital importance to us. However, this has not been the case for a long time already – the world has changed, and this is well understood not only by Europeans, but also by the Anglo-Saxons who rule the West. No amount of Western pressure on Russia will lead to anything. Losses from the sublimation of confrontation will be on both sides, but Russia is ready for them morally and geopolitically. Nevertheless, for the West itself, an increase in the degree of confrontation incurs huge costs – and the main ones are not at all economic.

Europe, as part of the West, wanted autonomy – the German project of European integration does not make strategic sense while maintaining the Anglo-Saxon ideological, military and geopolitical control over the Old World. Moreover, it cannot be successful, because the Anglo-Saxons need a controlled Europe. However, Europe needs autonomy for another reason as well — in case the States go into self-isolation (as a result of growing internal conflicts and contradictions) or focus on the Pacific region, where the geopolitical center of gravity is moving.

The confrontation with Russia, into which the Anglo-Saxons are dragging Europe, deprives the Europeans of even the chances of independence – not to mention the fact that in the same way Europe is trying to impose a break with China. If now the Atlanticists are happy that the “Russian threat” will unite the Western bloc, then in Berlin and Paris they cannot fail to understand that, having lost hope for autonomy, the European project will simply collapse in the medium term. That is why independent-minded Europeans are now completely uninterested in building a new iron curtain on their eastern borders – realizing that it will turn into a corral for Europe. Whose age (more precisely, half a millennium) of global leadership is over in any case – but various options for its future are still possible.

Because the construction of a new world order – and this is the third dimension of current events – is accelerating, and its contours are more and more clearly visible through the spreading cover of Anglo-Saxon globalization. The multipolar world has finally become a reality – the operation in Ukraine is not capable of rallying anyone but the West against Russia. Because the rest of the world sees and understands perfectly well – this is a conflict between Russia and the West, this is a response to the geopolitical expansion of the Atlanticists, this is Russia’s return of its historical space and its place in the world.

China and India, Latin America and Africa, the Islamic world and Southeast Asia – no one believes that the West leads the world order, much less sets the rules of the game. Russia has not only challenged the West, it has shown that the era of Western global domination can be considered completely and finally over. The new world will be built by all civilizations and centers of power, naturally, together with the West (united or not) – but not on its terms and not according to its rules. 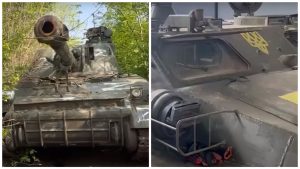 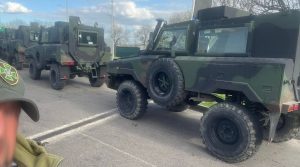