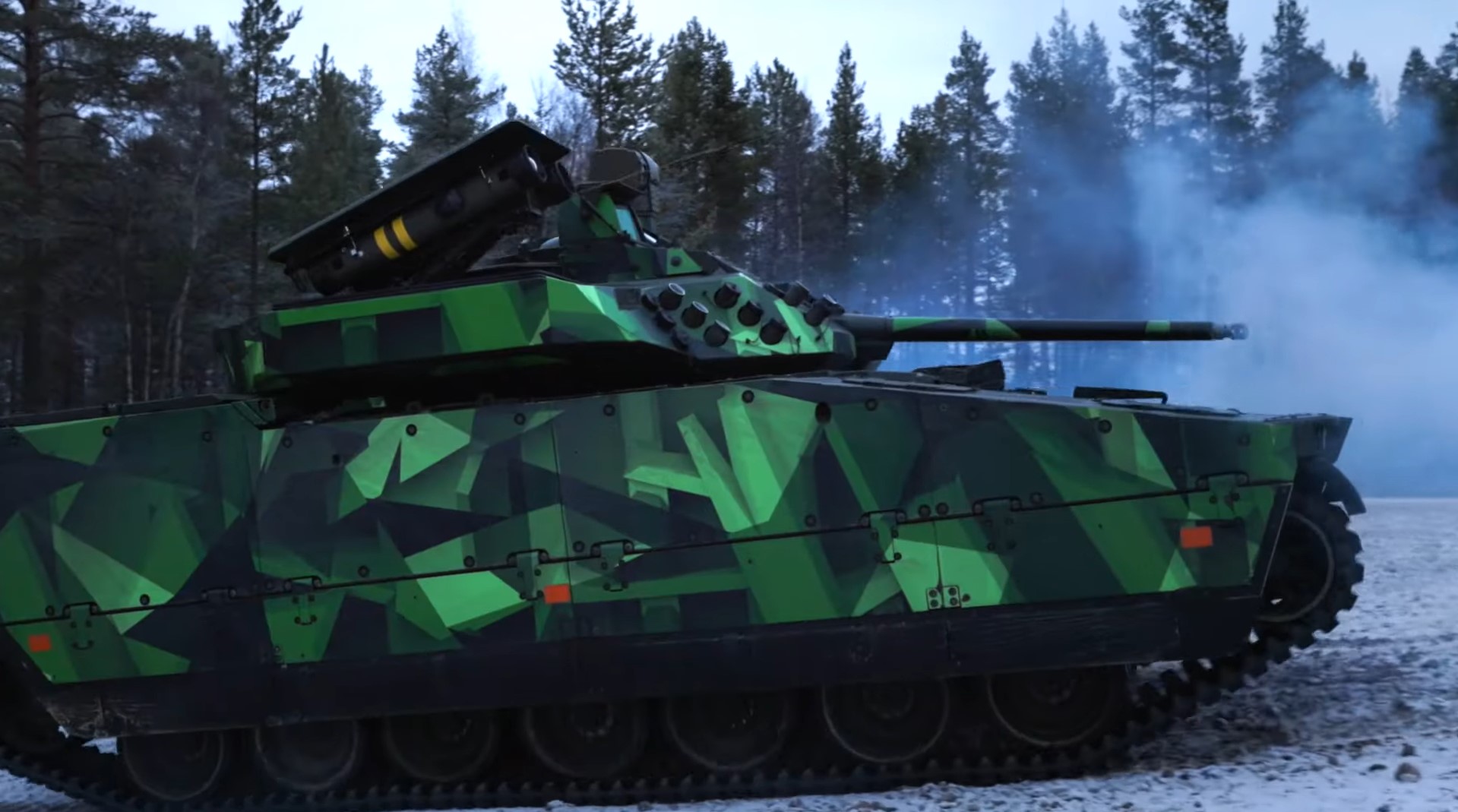 A video featuring the use of 5th generation AKERON MP ATGM was released on the company’s Youtube channel. At the end of December, MBDA announced the missile’s adaptation to the Swedish platform.

The video shows a quadcopter searching for a target for a missile, and the image from it is sent to the vehicle’s crew.

After the information is received, the IFV leaves for the position from which the target is seen directly through the sights.

Immediately after launch, the CV90 starts reversing and generates a smoke screen. Such an immediate maneuver is possible due to the implementation of the “fire and forget” principle, which has been available in the ATGMs since the 3rd generation.

At the same time, the ATGM operator has the ability to observe real-time video from the missile camera until the moment of target impact.

It was previously announced that Ukraine would receive 50 CV9040 IFVs as part of the military assistance package from Sweden. 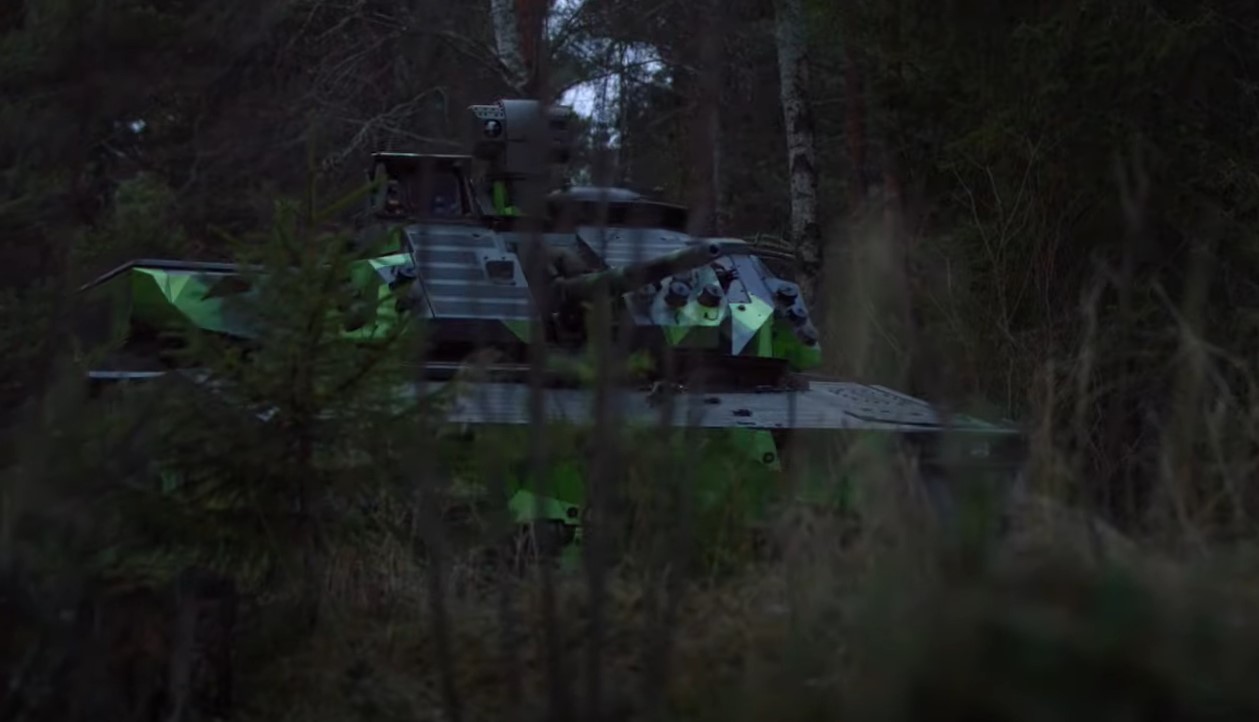 CV90 (Combat Vehicle 90) is a family of combat vehicles developed by BAE Systems and Bofors. It has been supplied to the Swedish military since 1993. It is in service with the Scandinavian countries, Estonia, and the Netherlands. This IFV was also chosen for the Czech Republic and Slovakia at the tender.

The CV90 infantry fighting vehicle is armed with a Bofors L70 40mm gun. The protection of the vehicle allows it to withstand the 30mm shell hits. The Swedish Armed Forces have over 500 such IFVs. 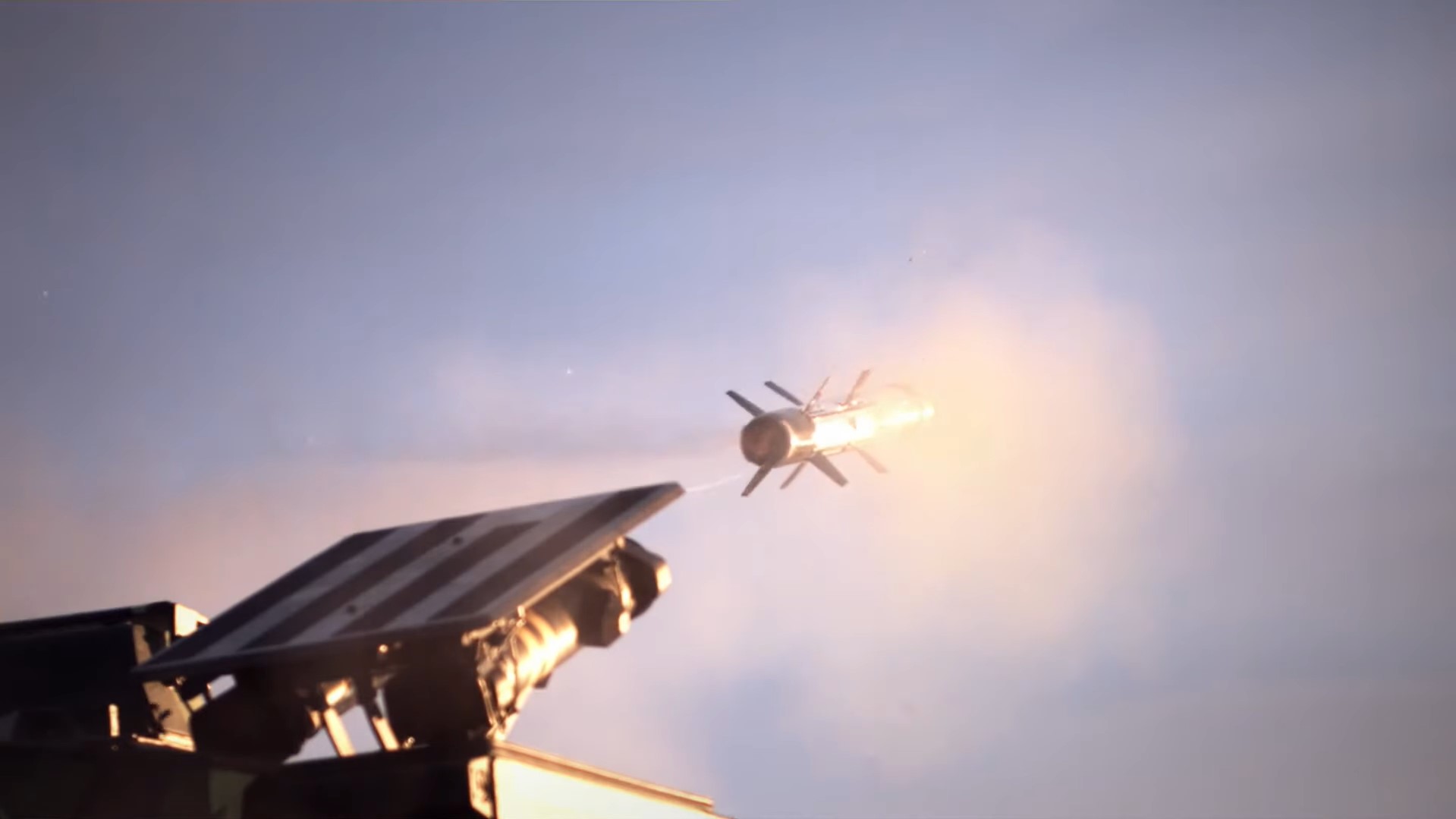 AKERON MP is the world’s only 5th generation missile in service and tested in combat conditions. It weighs 15 kilograms and measures only 1.3 meters in a container with a diameter of 140mm.

MBDA states that the missile has an effective range of over 4 kilometers with a “fire and forget” principle. This means that the operator does not need to guide the missile to the selected target after launch. 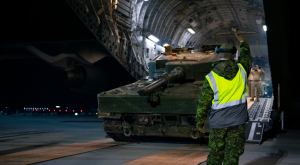