Frigates for Ukrainian Navy: the construction agreement was included into contract with the United Kingdom

The agreement between Ukraine and the United Kingdom on loan support for the development of Ukrainian Navy capabilities contains a provision on joint production of a frigate, reports Militarnyi with the reference to the text of the contract published by the British government.

Previously, the British shipbuilding corporation Babcock announced that it would provide Ukraine with a “modern frigate.”

The frigate for the Ukrainian Navy became one of the points of the tripartite agreements between Babcock and the Ministries of Defense of Ukraine and Great Britain.

Most likely the resuscitation of Ukrainian Volodymyr the Great national corvette project (project 58250) is meant. 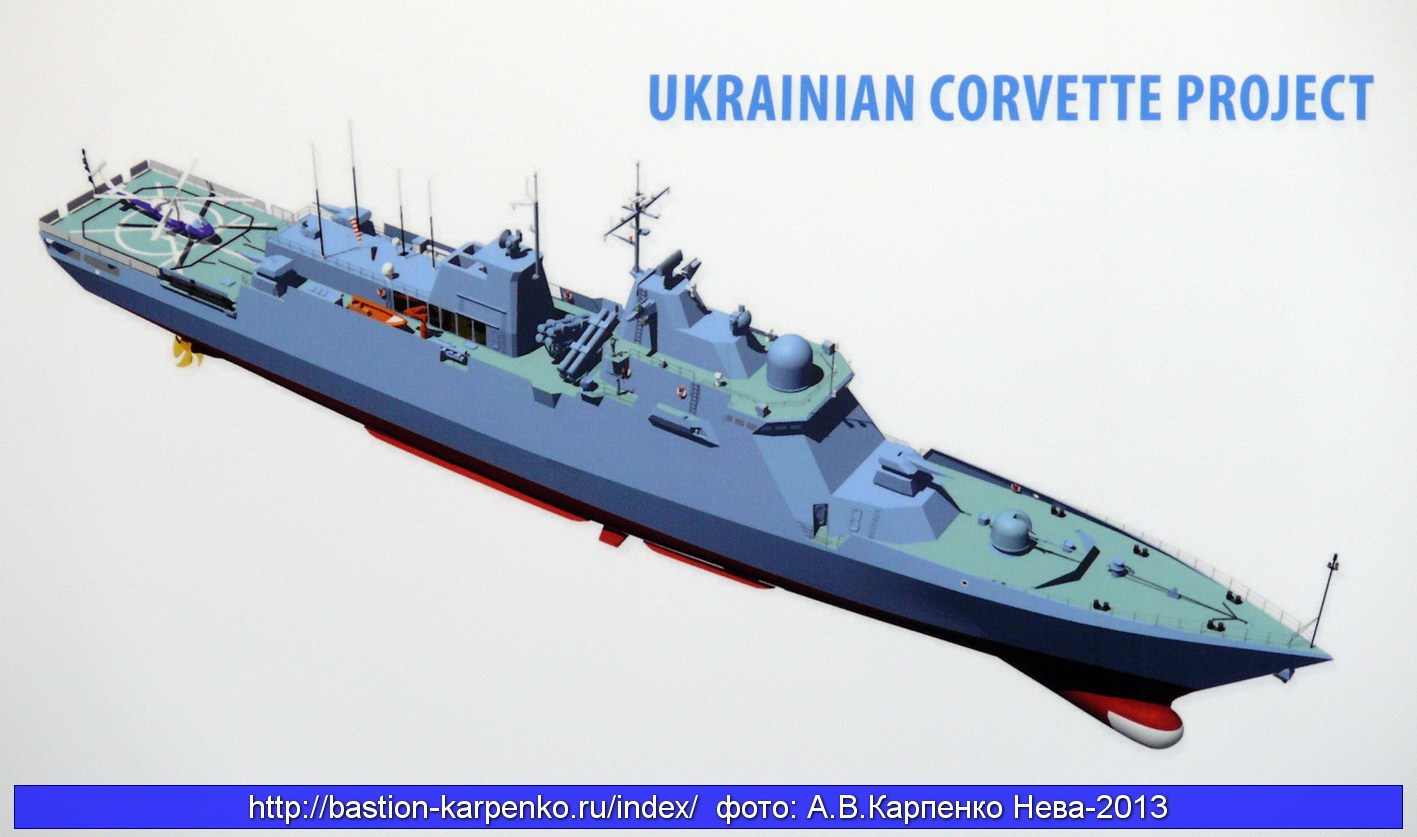 On the day of signing of the document, Dumskaya newspaper noted that Oleksandr Myroniuk, the Deputy Minister of Defense “expressed hope that London would help Ukraine complete the Volodymyr the Great “corvette.”

The designer of the ship of the project 58250 is the State Enterprise “Experimental and design shipbuilding center” from Mykolaiv, and laid it down at the Chornomorskyi Sudnobudivnyi Zavod.

The first ship was laid down in May 2011, but due to lack of funding its construction was suspended several times, the last time the construction was financed in late 2013. Following the occupation of the Crimea and the beginning of hostilities in Donbas, construction process was once again suspended and the Black Sea Shipyard went bankrupt.

Video from the company facility dated 2017 demonstrating the status of the ship construction:

The video shows that all eleven corvette hull sections are ready for assembly. However, construction of the hull is only about 17% of the total shipbuilding work.

The cost of the ship in 2011 prices was estimated at $250 million. Construction of the hull makes about 4/5 of the total ship cost. The ship was planned to be armed with some foreign-made weapon systems.

Project 58250 dimensions and capabilities somewhat exceed the generally accepted standards for the corvette class vessels. The ship’s displacement is 2,650 tons (normal displacement of a corvette varies between 500 and 2000 tons) and unlike most corvettes the ship is capable of performing three functions instead of two at the same time.