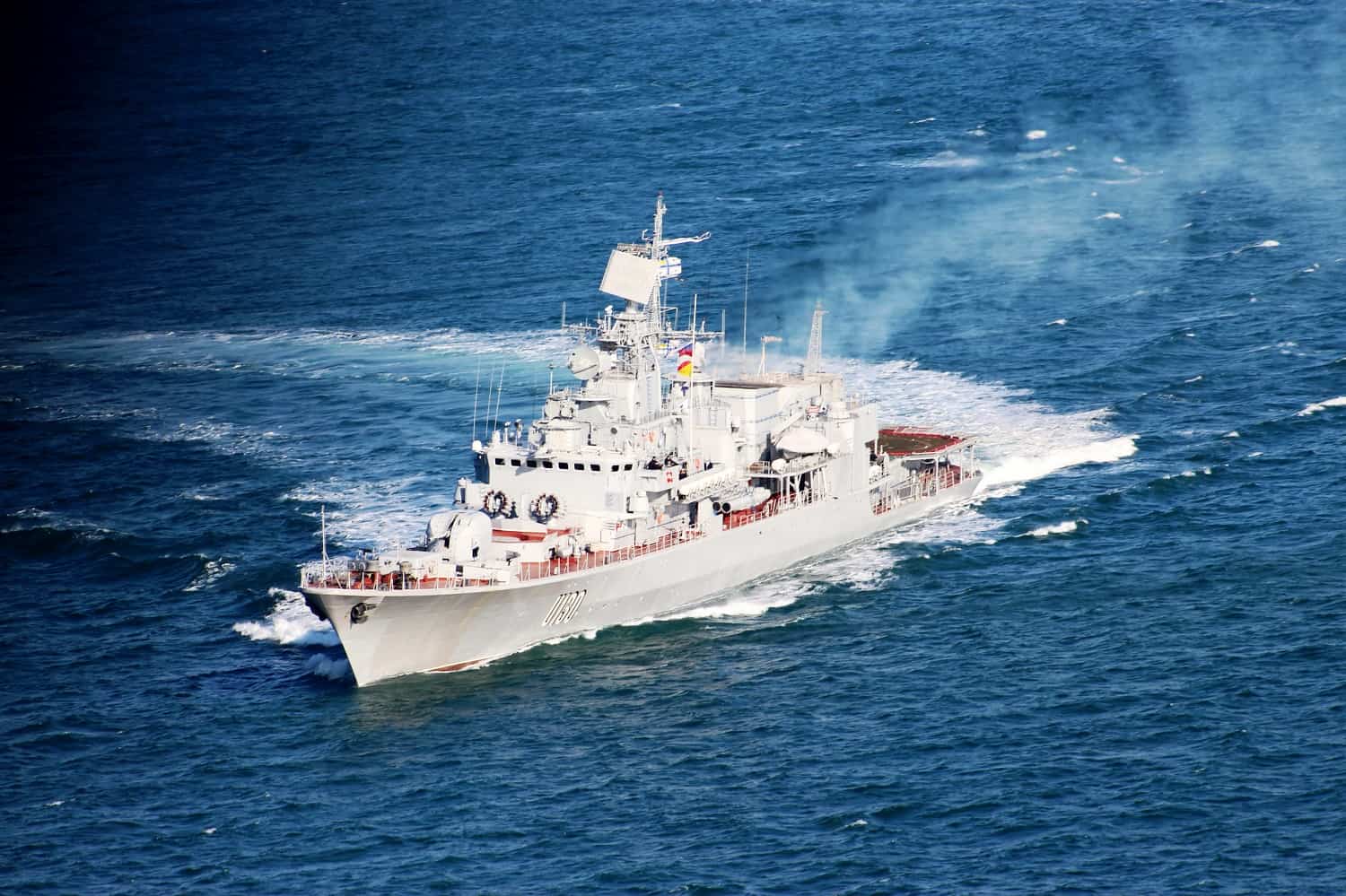 The ship entered service on April 2, 1993 and is actually planned to last for 38 years in total.

During this time the frigate paid numerous international visits – in June 1994 the ship was on an official visit to France, in 1995 he paid a business visit to Abu Dhabi (United Arab Emirates) for “Idex-95” weapons exhibition, the same year visited the ports of Varna (Bulgaria) and La Spezia (Italy).

In 1996 “Hetman Sagaidachnyi” made its first transatlantic expedition led by a group of ships of the Ukrainian Navy to the port of Norfolk, United States. At the same time, business visits were made (twice) to the ports of Gibraltar (Great Britain) and to Ponta Delgada (Portugal) in the Azores. 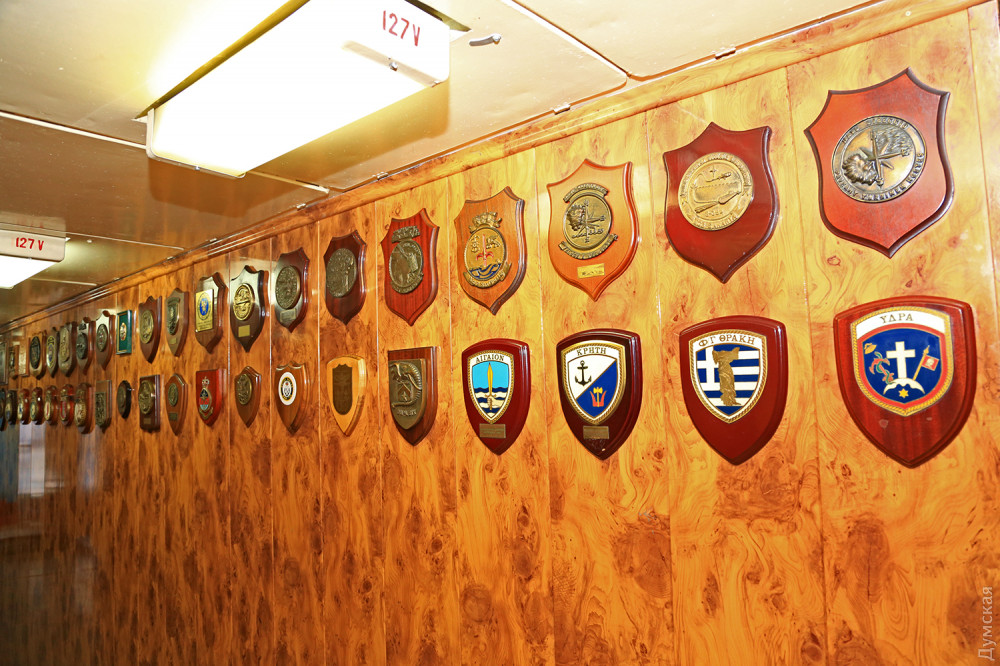 In 1996 the friagte visited Poti, Istanbul and Varna. In June 1999, it paid an official visit to the port of Haifa as part of a group of Ukrainian Navy ships. In 2000-2004 it visited various ports of Turkey and Bulgaria alone and as a part of groups of ships.

In 2008, the ship took part in NATO’s anti-terrorist operation Active Endeavor in the Mediterranean for 3 months.

From September 2013 to March 2014 the frigate was on a long sea voyage to participate in the Northwest Indian Ocean in NATO’s anti-piracy operation “Ocean Shield” (until January 3, 2014) and the European Union operation EU NavFor Atalanta (for the period from January 3 to March 5, 2014). 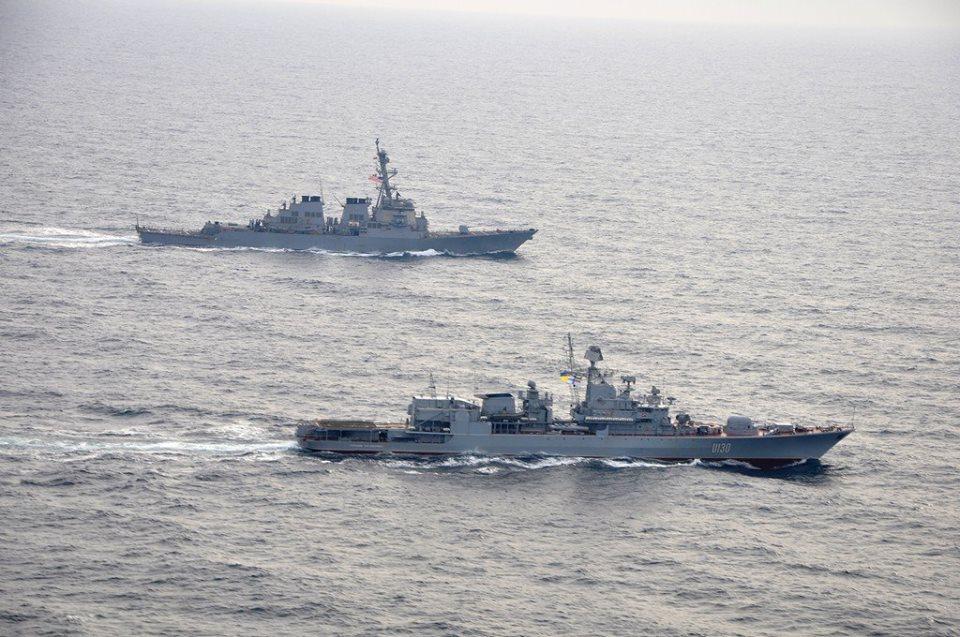 The Navy Command has already decided on its replacement – it is a ship of 58250 project, which was laid in 2010 as the “Volodymyr the Great” corvette and is not yet completed.

-… the potential of this corvette, which was laid in 2010, in terms of its displacement and the arsenal of weapons supposed to be installed on it the ship rather belongs to a frigate class. During its construction, we will be able to use the technologies and technical solutions used in the construction of the ADA corvette. Thus, it will be able to replace our flagship “Hetman Sagaidachny”, which in 2031 we plan to decommission from the Ukrainian Navy, – says Rear Admiral Oleksiy Neizhpapa.

The ship is planned to be completed in cooperation with the United Kingdom, under the agreement which provisions for the joint production of a frigate for the Ukrainian Navy.

The frigate for the Ukrainian Navy became one of the points of the tripartite agreement between Babcock and the Ministries of Defense of Ukraine and Great Britain.