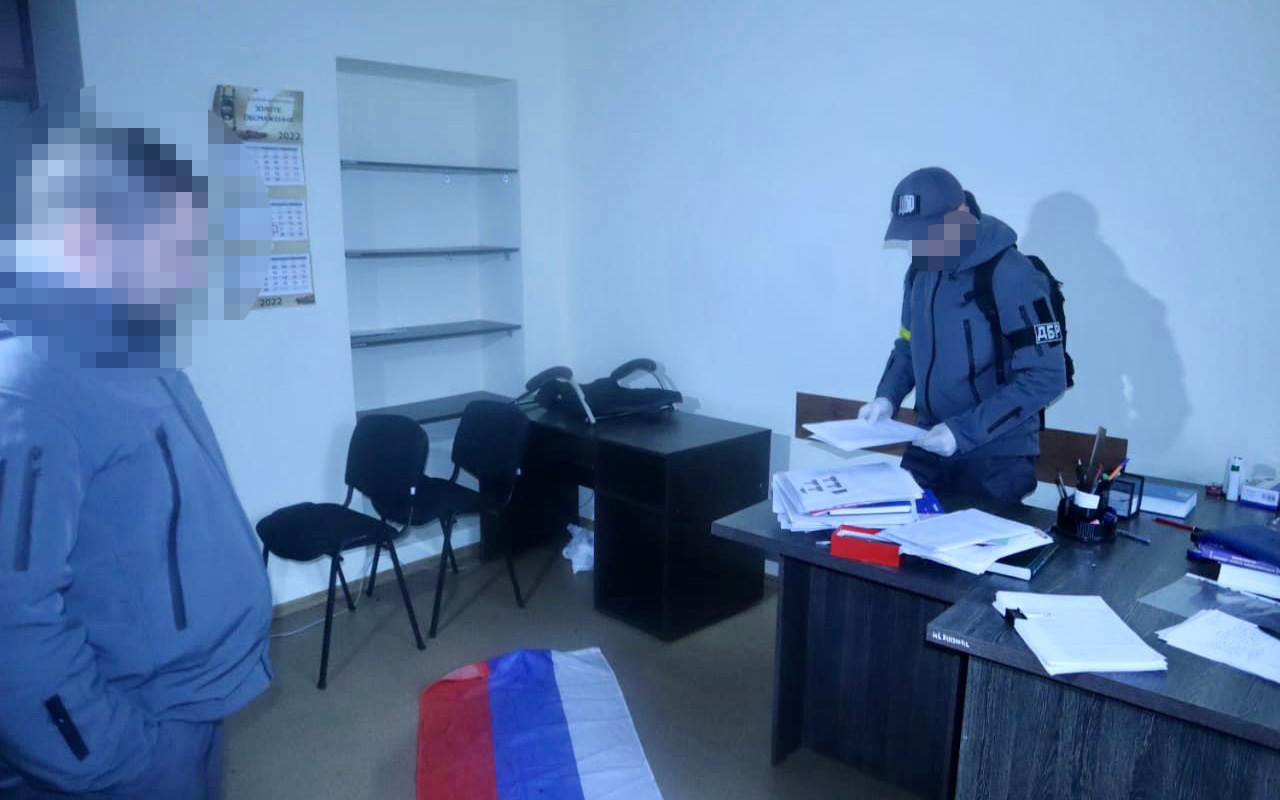 20 November, 2022 Search of the premises where the collaborators were during the occupation of Kherson. November 2022. Ukraine. Photo credits: SBI

Lists with the collaborator names were discovered in Kherson

In Kherson, employees of the State Bureau of Investigation discovered a complete list of state traitors who were serving in the Russian police.

Some of the lists were released on the State Bureau of Investigation website.

“The law enforcement officers who switched to the side of the enemy were fleeing from liberated Kherson so quickly that they left irrefutable evidence of their treason in the office,” states the State Bureau of Investigation.

The “Journal of acceptance (hand over) of the post and examination of service to provide security to the building of Department of Criminal Investigation of the State Department of the Ministry of Internal Affairs of the Kherson region” was discovered. 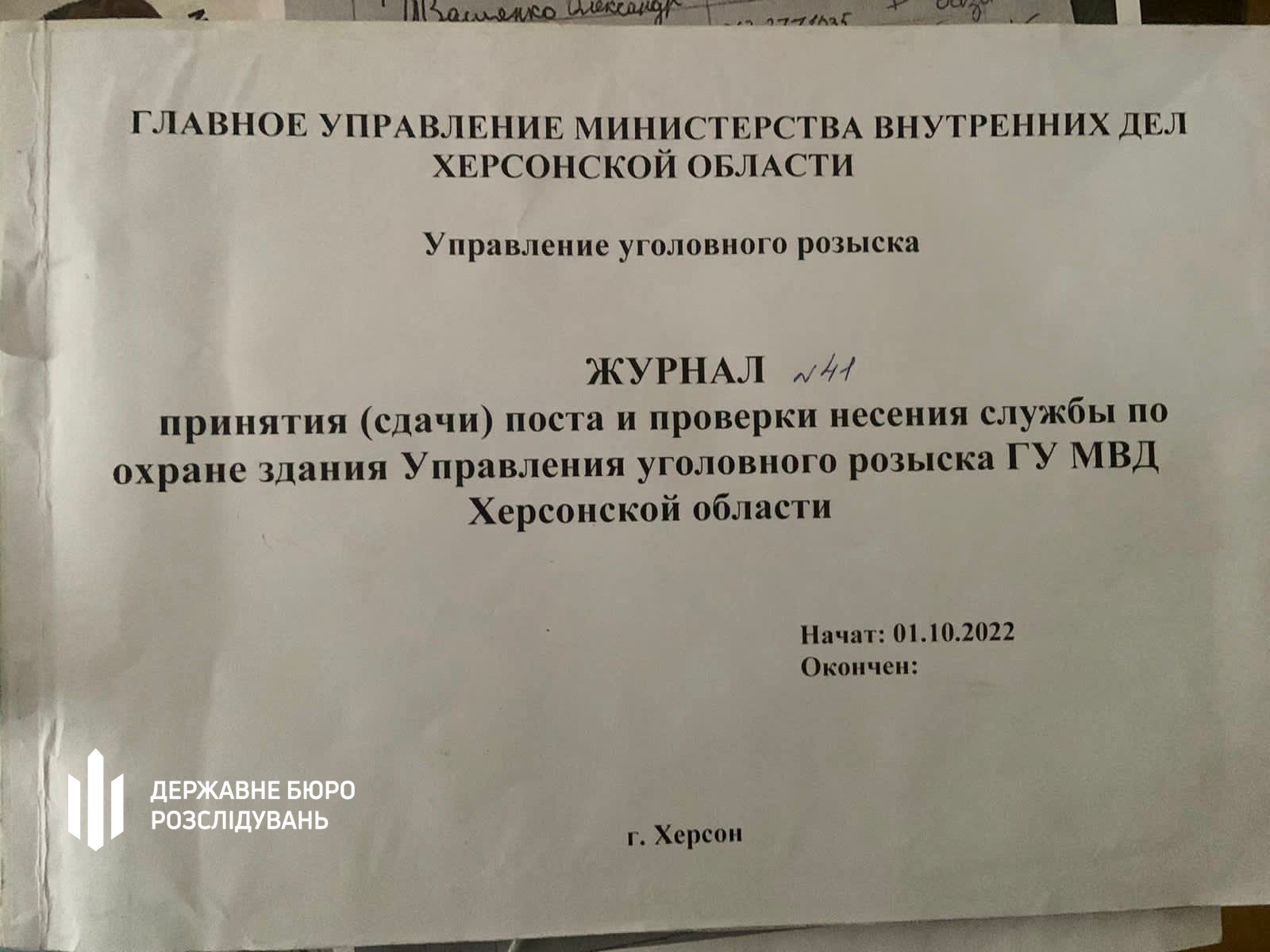 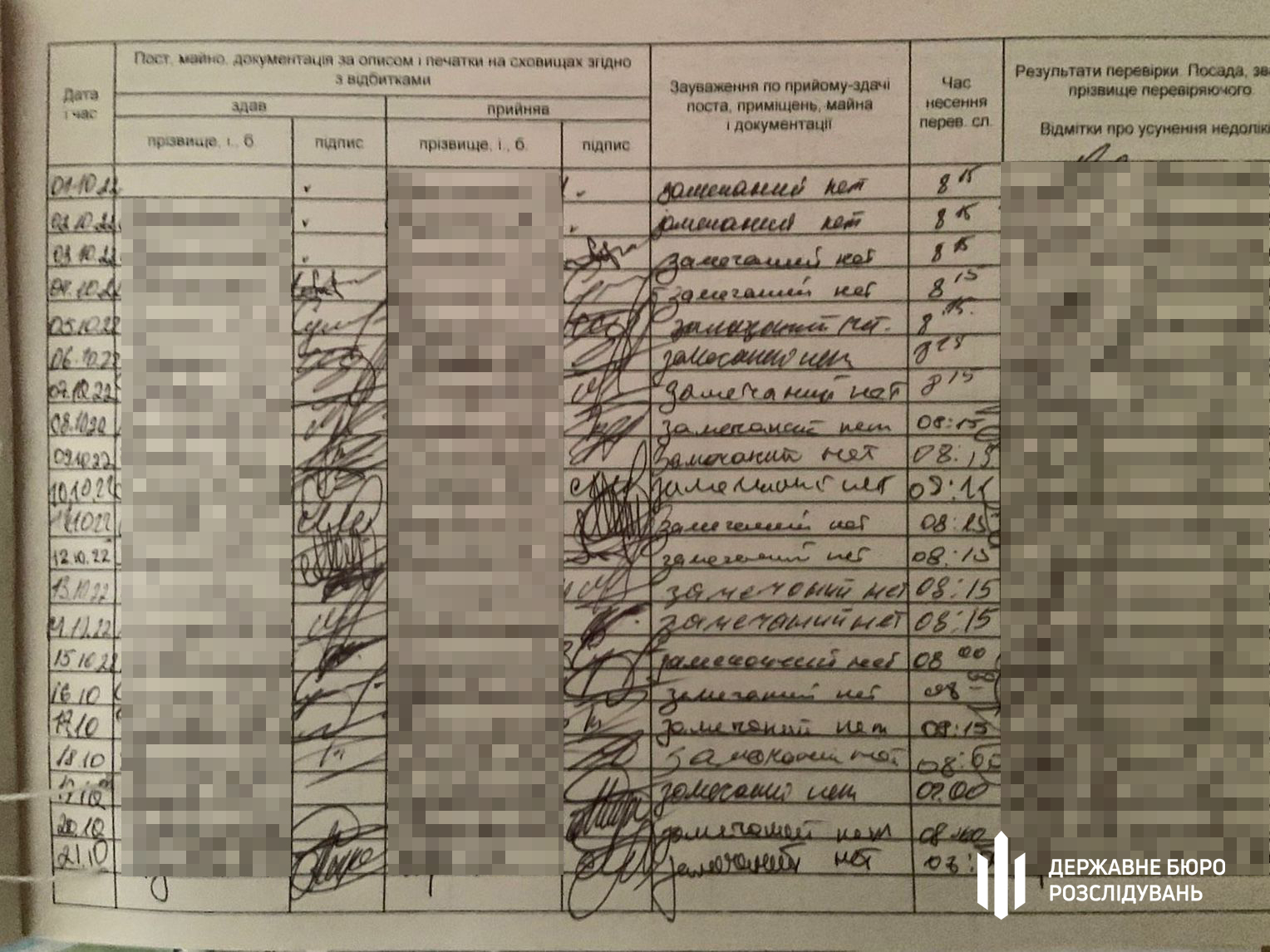 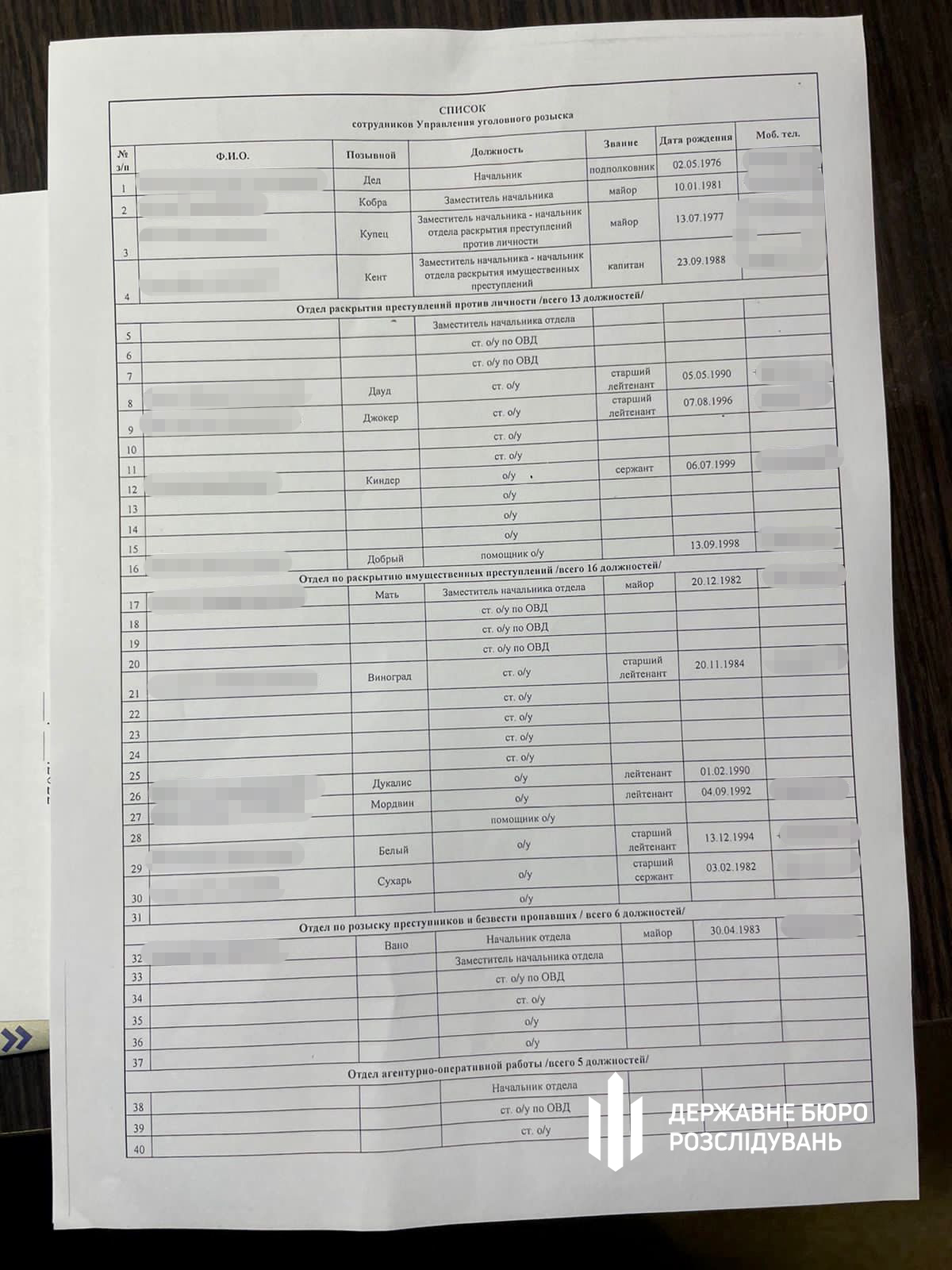 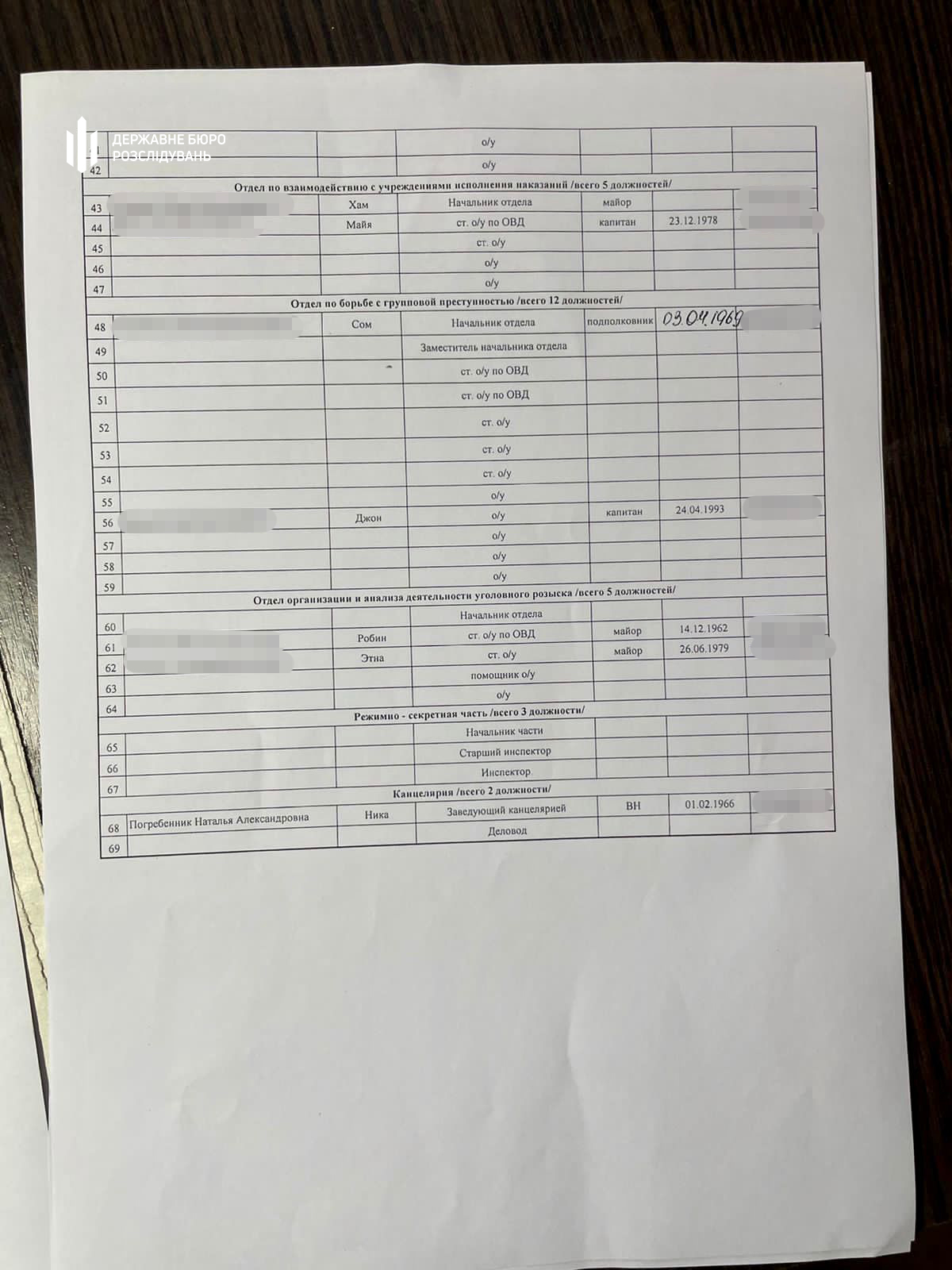 The last one – “Vano” – is a former employee of the Main Directorate of the National Police in the Kherson region, who has already been notified in absentia of suspicion of treason.

It is reported that he personally, together with representatives of the occupation authorities and the Russian Federation military, participated in the searches of police officers and the seizure of their firearms and ammunition.

For his desire to serve, he received the rank of major and the position of Deputy Head of the Management Department.

“He was even given a certificate with a two-headed chicken for high work performance. This award was dedicated to the 104th anniversary of the creation of the Criminal Investigation Department of the Russian Federation,” the State Bureau of Investigation noted.

Previously, the SSU detained a local legislator of the Kherson branch of the Opposition Platform — For Life political party, who was working for the Russian Federation during the region’s occupation. 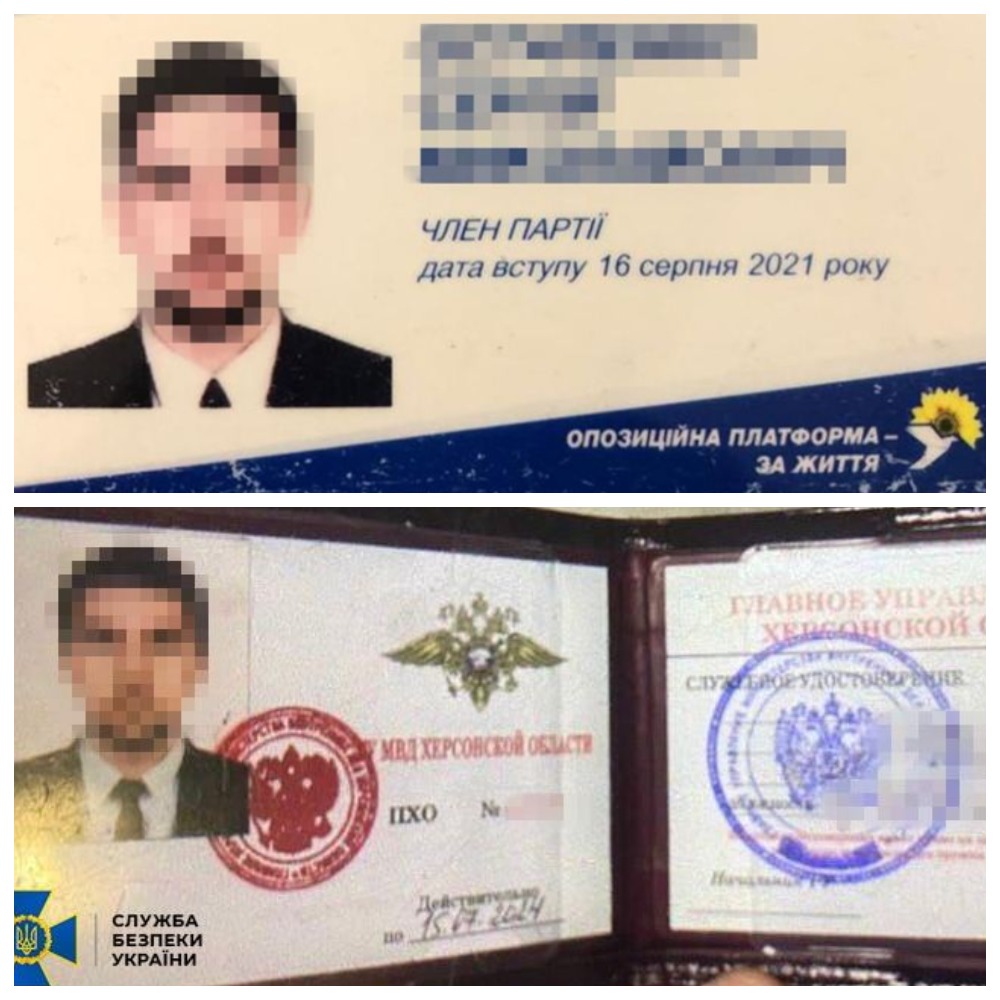