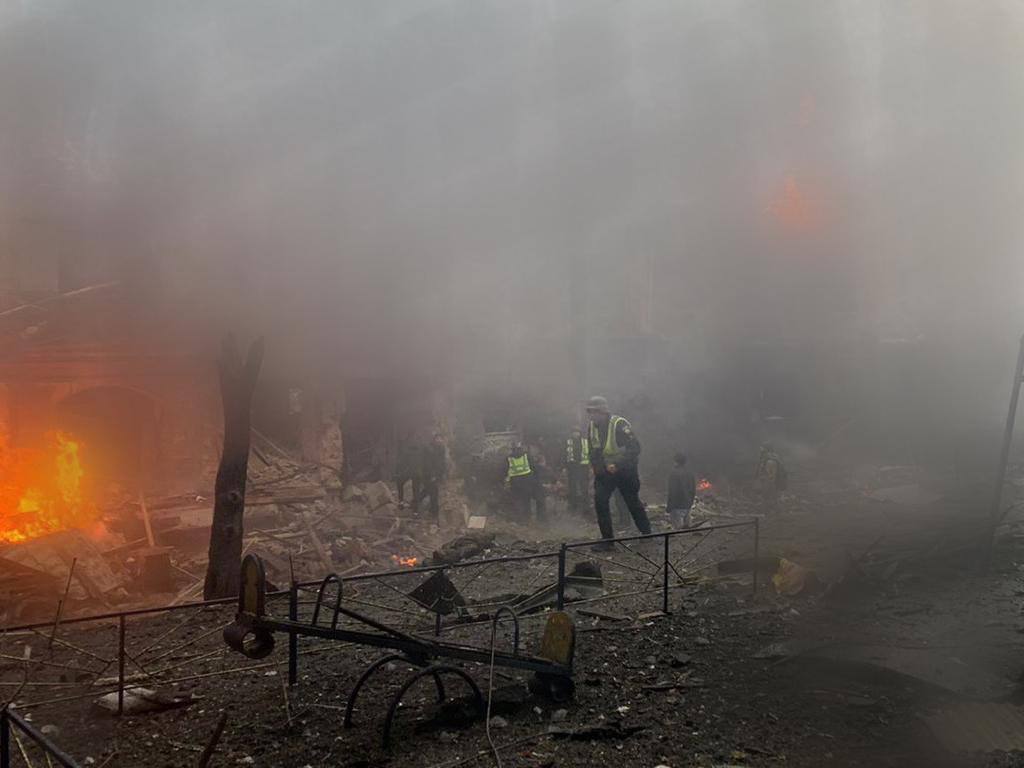 Mass missile attack in Ukraine. Some regions are out of power (Being updated)

Ukrzaliznytsia noted that the stations without power are switching to backup power sources. Kyiv, Kharkiv, and Vinnytsia were the first ones to resume work.

“As a result of enemy attacks on the energy infrastructure, we have blacked-out areas in the capital, Dnipro, Mykolaiv, as well as in the Lviv, Vinnytsia, Sumy, and Kharkiv regions,” Ukrzaliznytsia emphasized.

As of now, there are reports about the blackout in some districts of Kyiv. The hits to the objects of the critical infrastructure and residential buildings were reported in the region.

Three people were killed by a rocket hit to a residential building in the Kyiv region.

The water supply has been suspended in Kyiv.

Also, the Kyiv City State Administration was informed about four victims of a missile attack in the capital, they were hospitalized. Another person was treated on the spot.

In Kharkiv, all electric transport has been stopped due to a blackout.

“There are no strikes to the critical infrastructure of the region. But due to damage to the general system, emergency shutdowns are deployed. This is a necessary step to protect power grids from additional technological accidents and support the operation of the power system,” said Oleh Syniehubov, Head of the Kharkiv Regional Military Administration.

There is no electricity supply in the Odesa region. Electric transport has also been stopped in Odesa.

As a result of rocket attacks on the Khmelnytskyi region objects, most communities in the region lost power. Part of the regional capital is without water.

Also, the power units of the Khmelnytskyi Nuclear Power Plant were disconnected from the power system.

This was announced by the Deputy Prime Minister of Moldova, Andrey Spinu. He emphasized that the power outages are caused by the massive shelling of the territory of Ukraine by Russia.

The news is being updated