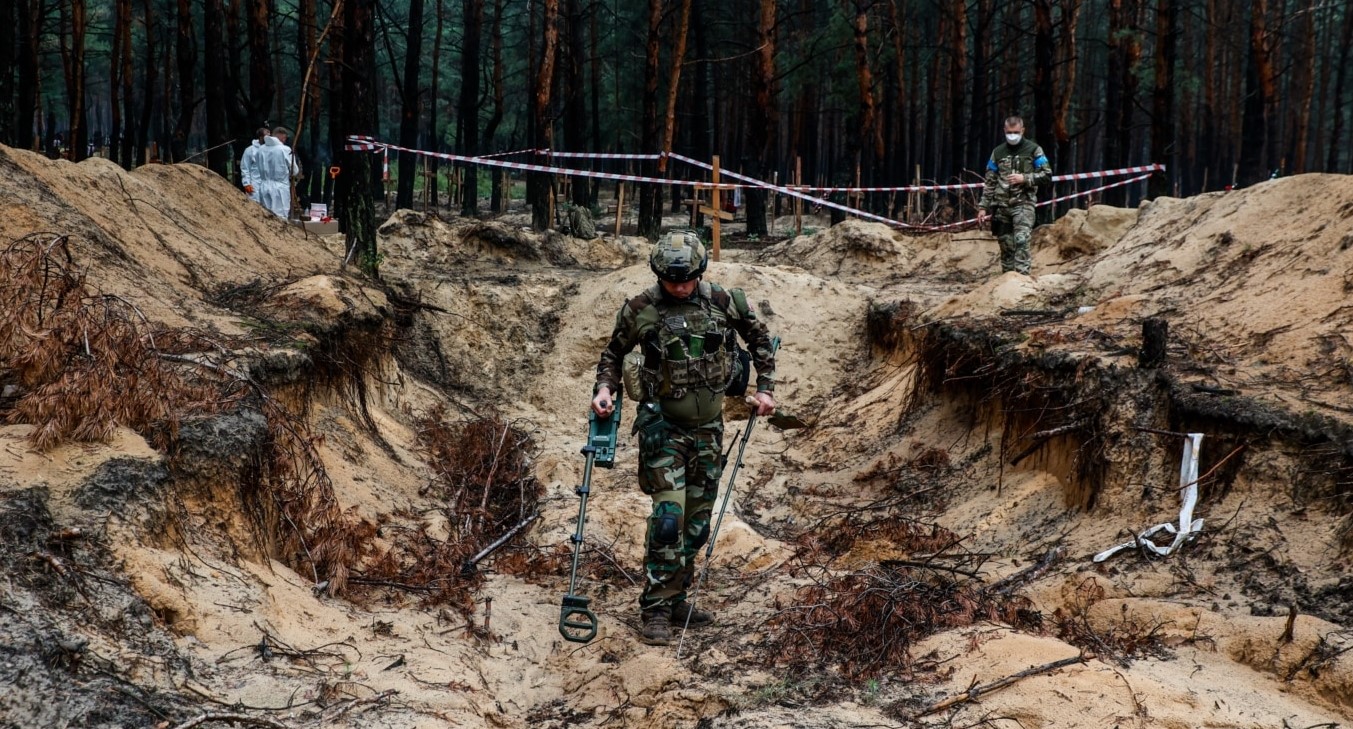 Maxar Technologies showcased satellite images of the Izium cemetery, near which the mass graves were found.

The city of Izium, Kharkiv Region, was captured by the Russian army in early April.

On September 15, a mass burial of the Ukrainian military and civilians was discovered near the liberated Izium.

Satellite images from Maxar Technologies are showing the cemetery area at Shakespeare Street for March and August of this year. 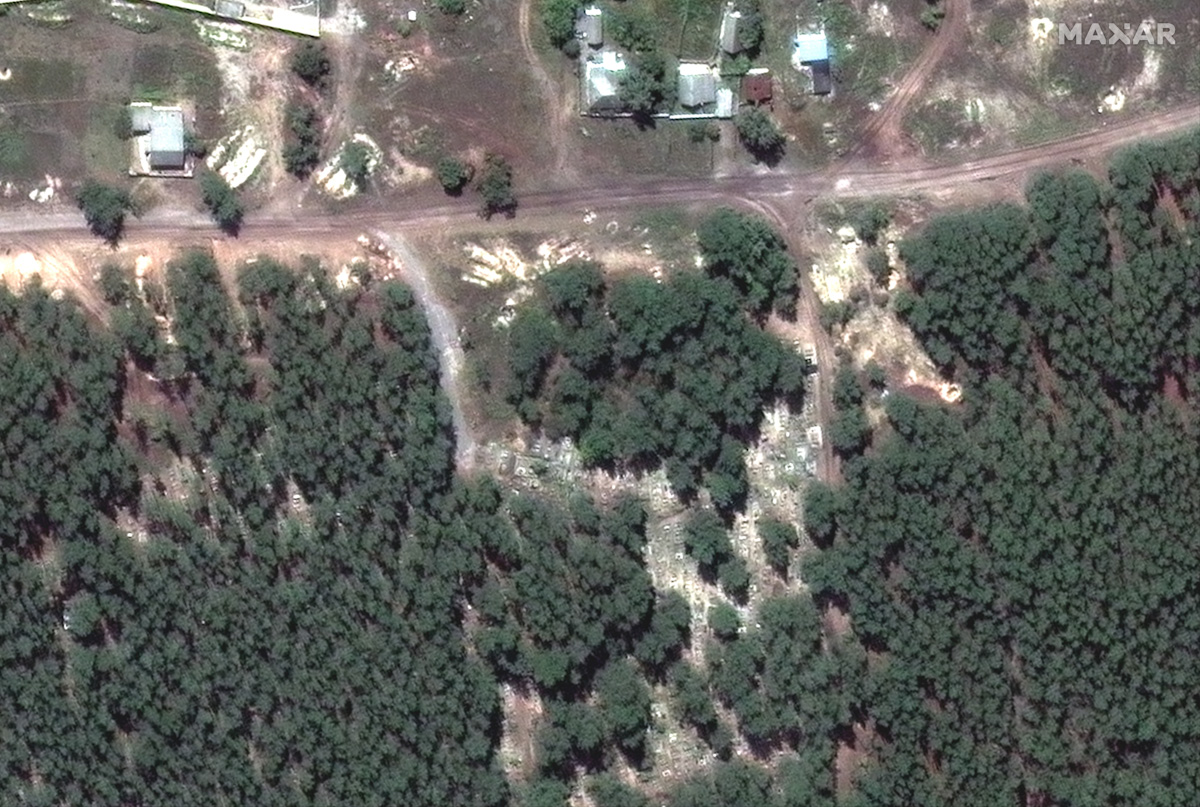 Cemetery in the city of Izium on Shakespeare Street as of March 2022. Photo by Maxar Technologies 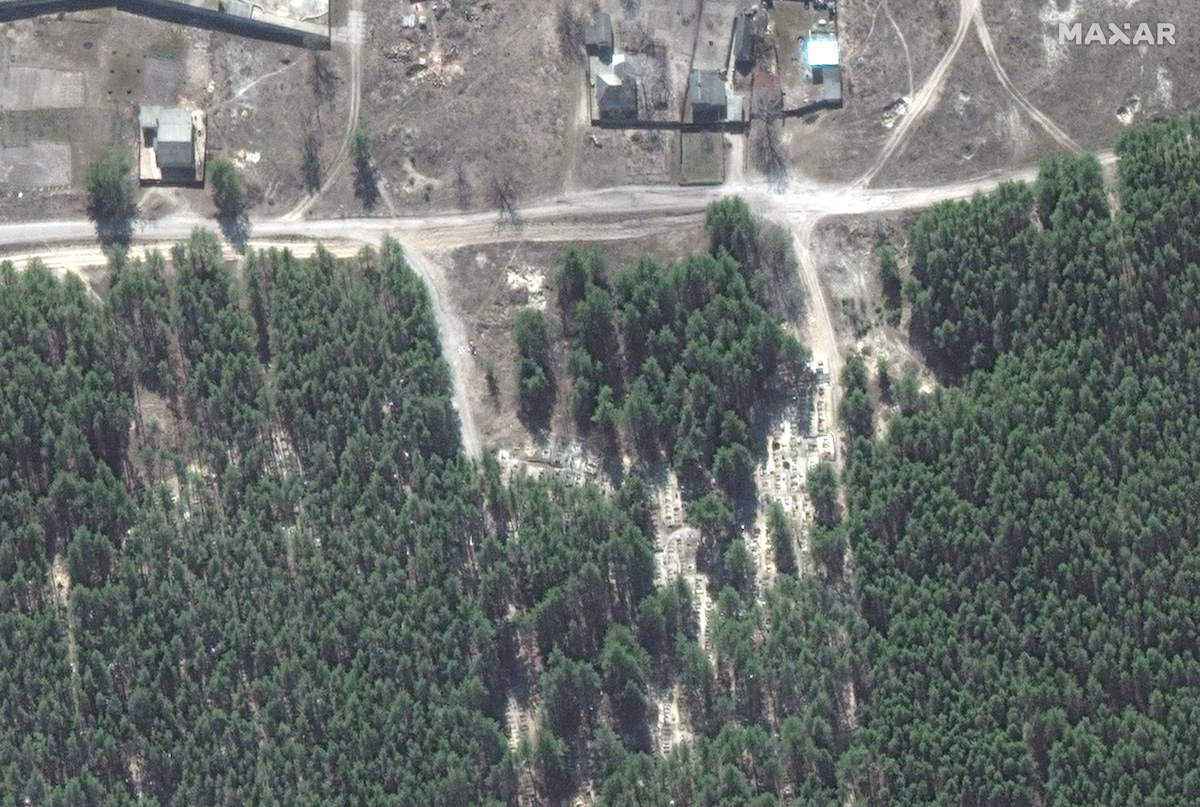 Cemetery in the city of Izium on Shakespeare Street as of August 2022. Photo by Maxar Technologies

Maxar Technologies also demonstrated an artillery position for April 8, which the Russian military placed near this Izium city cemetery.

On September 16, the General Staff of the Armed Forces of Ukraine released a photo of a mass burial in Izium.

The National Police of Ukraine specified that on the first day of the exhumation of bodies in the mass buried near Izium, investigators unearthed 17 Ukrainian military personnel from the mass grave, as well as 22 civilian dead.

Locals said that they themselves hid people when they found corpses in the city, said Serhii Bolvinov, deputy head of the Main Directorate of the National Police in the Region. 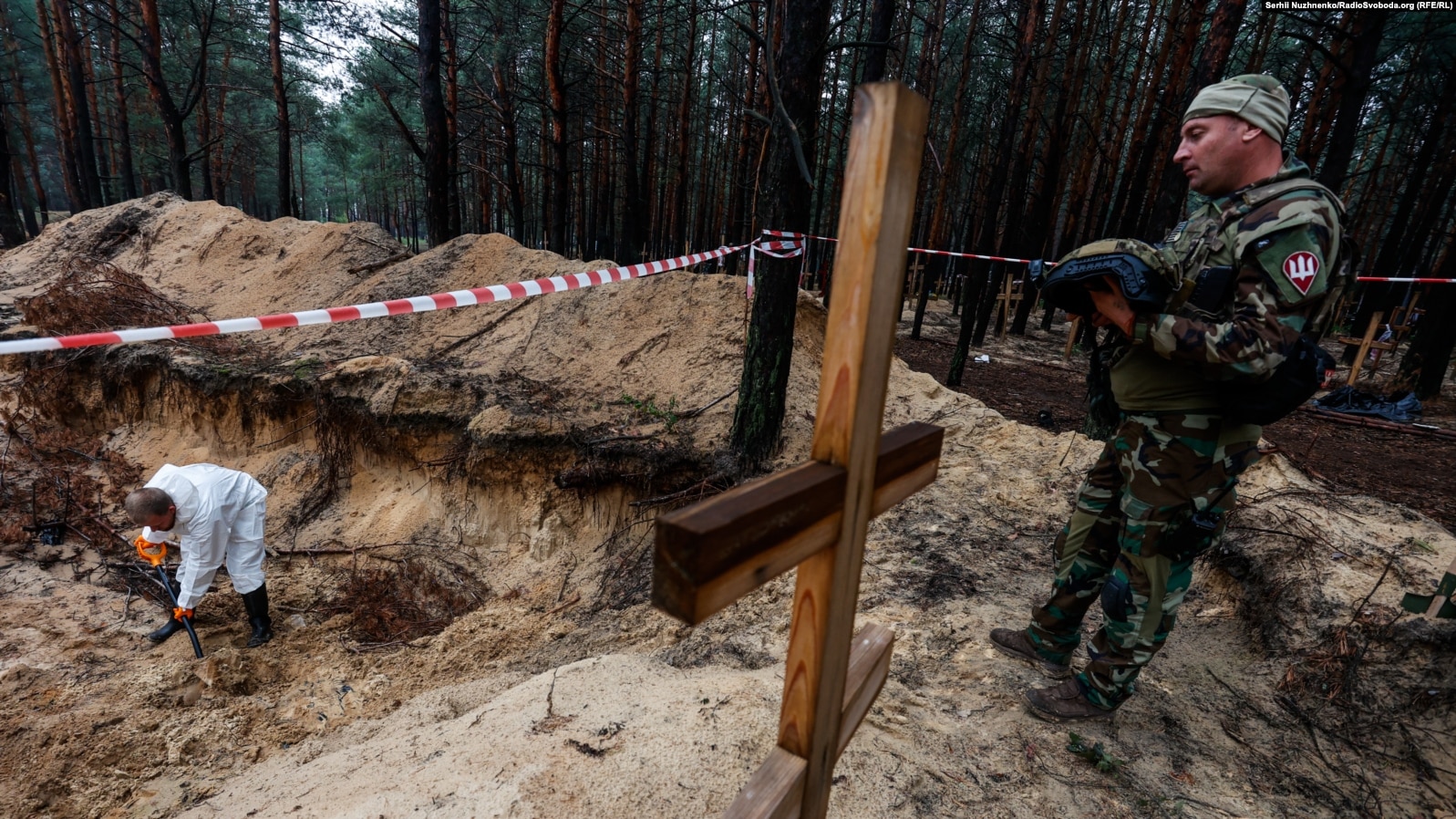 According to him, local residents did not always manage to establish the identity of the deceased, so most of the burials are signed only with numbers.

The head of the National Police Ihor Klymenko said that 10 places where Russian troops had tortured people, were found in the territories of the de-occupied Kharkiv Region. 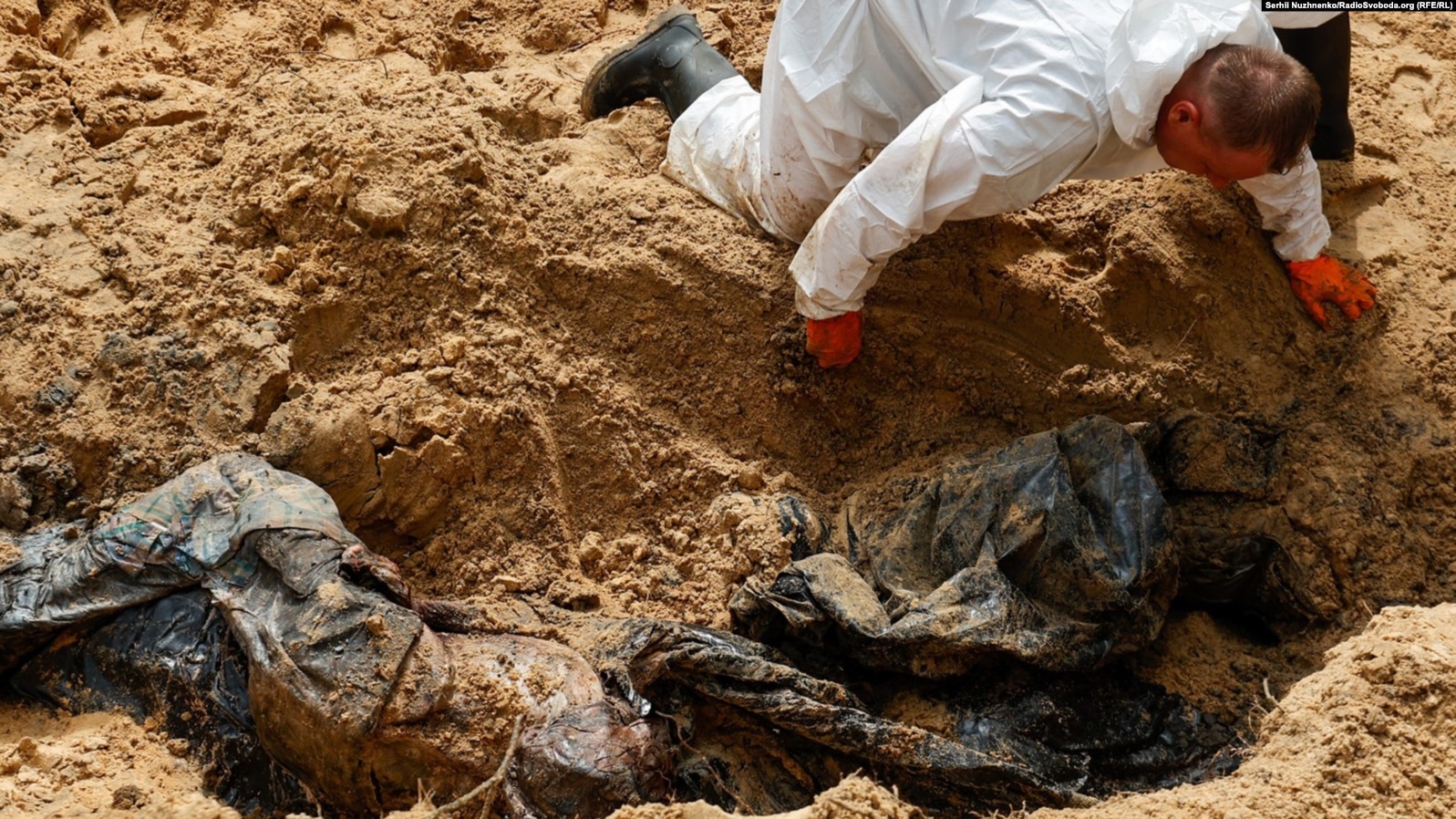 US Secretary of State Antony Blinken said that exposing evidence of Russian atrocities in occupied Ukrainian lands, in particular in Izium, should be considered in the context of their commission of war crimes.