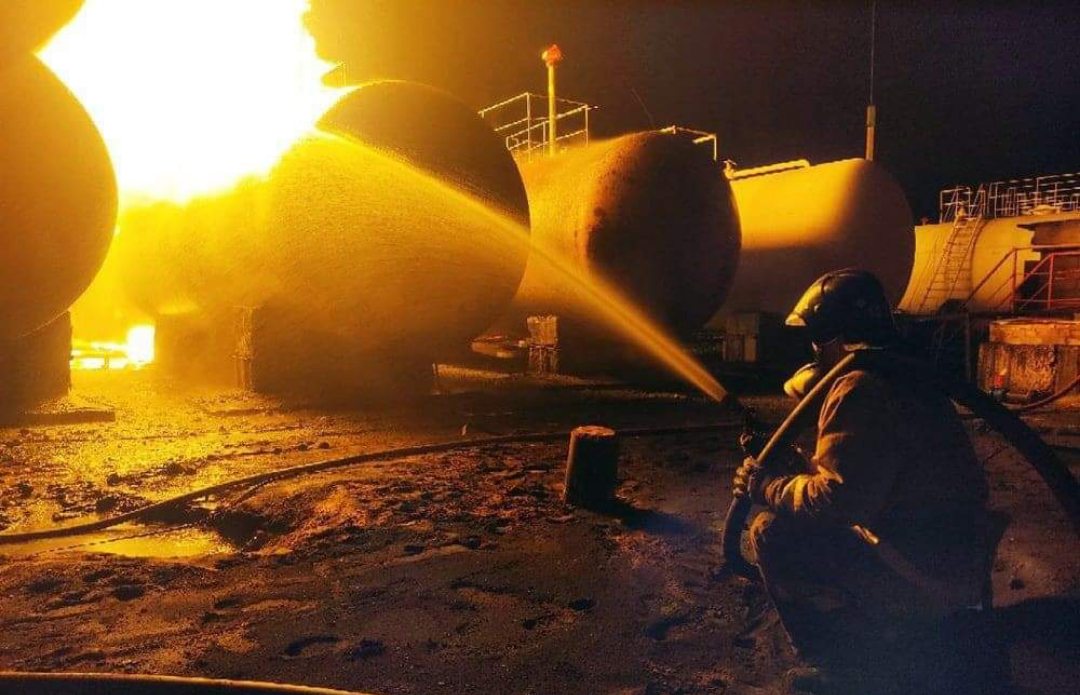 In the temporarily Russian-occupied city of Makiivka, Donetsk region, a fire at an oil depot has broken out.

The occupation administration calls the cause of the fire “the ingress of an explosive object.”

It was tanks with fuel that caught fire.

As the emergency service of the invaders reports, on Monday night, November 21, burning of two tanks with fuel of 70 cubic meters was recorded. The fire broke out on the railway track outside the territory of the oil depot. 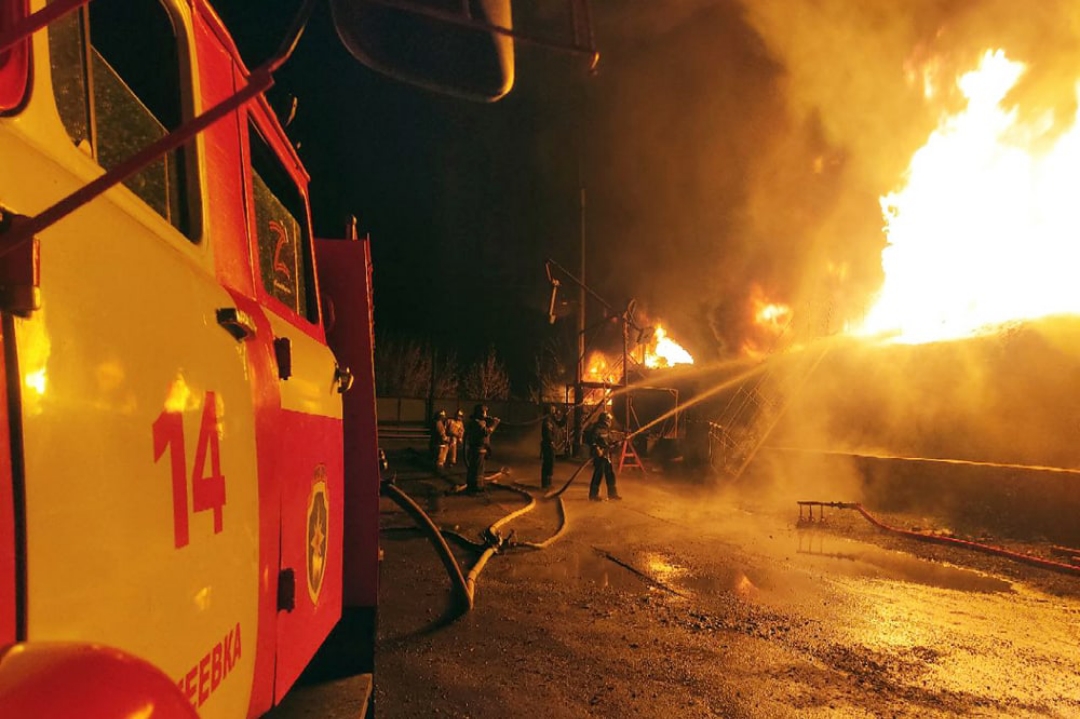 The burning of 3 stationary tanks with a total volume of 60 cubic meters, located 20-25 meters from the railway bed, was registered as well.

The Russian invaders call the explosion of an explosive object to be the cause of the fire. 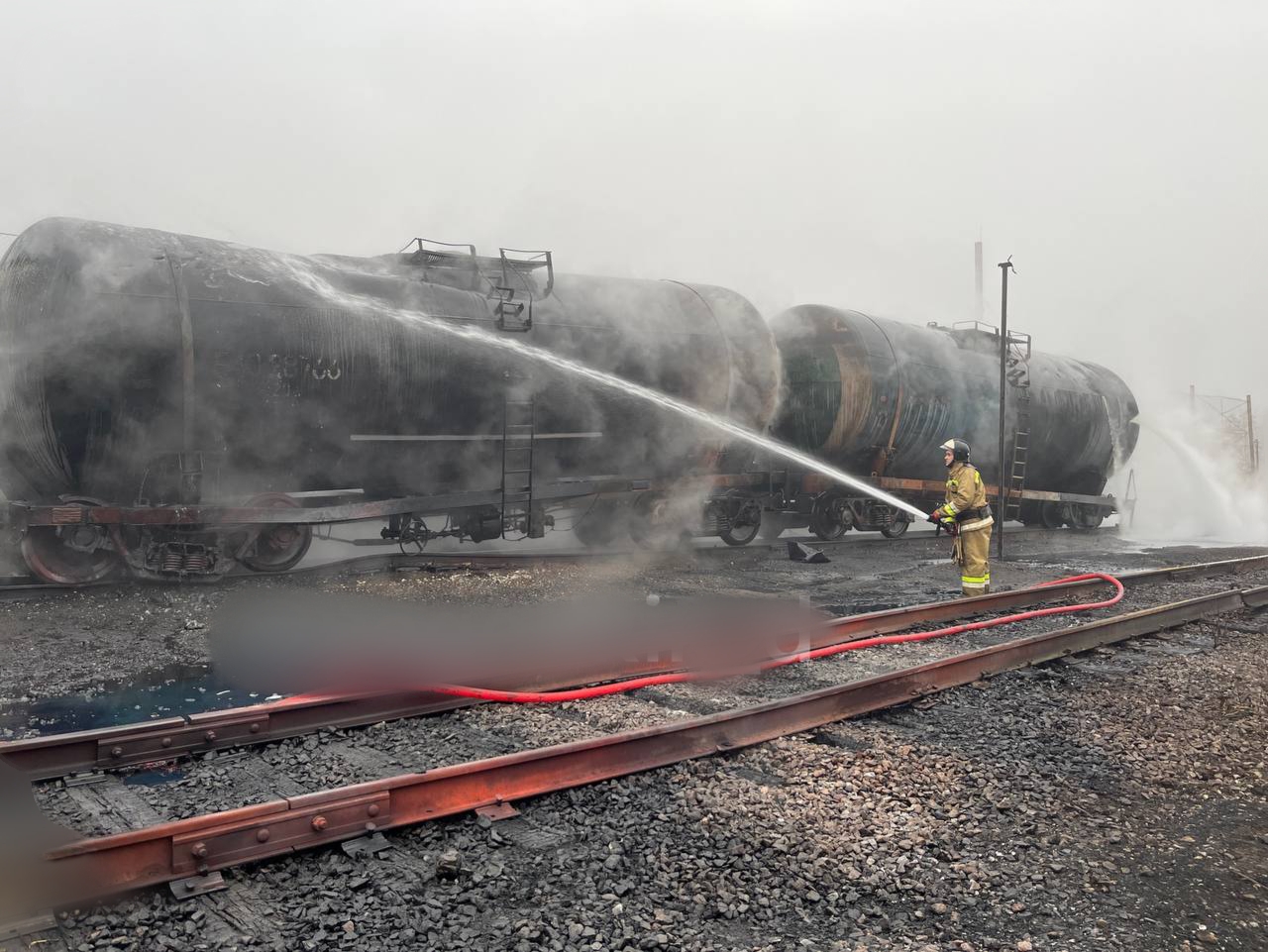 As of the following morning, at the site of the fire two fighting divisions were created, that are engaged in eliminating the burning of stationary tanks and tanks on the railway bed.

At the moment the fire elimination is ongoing, and is almost completed. 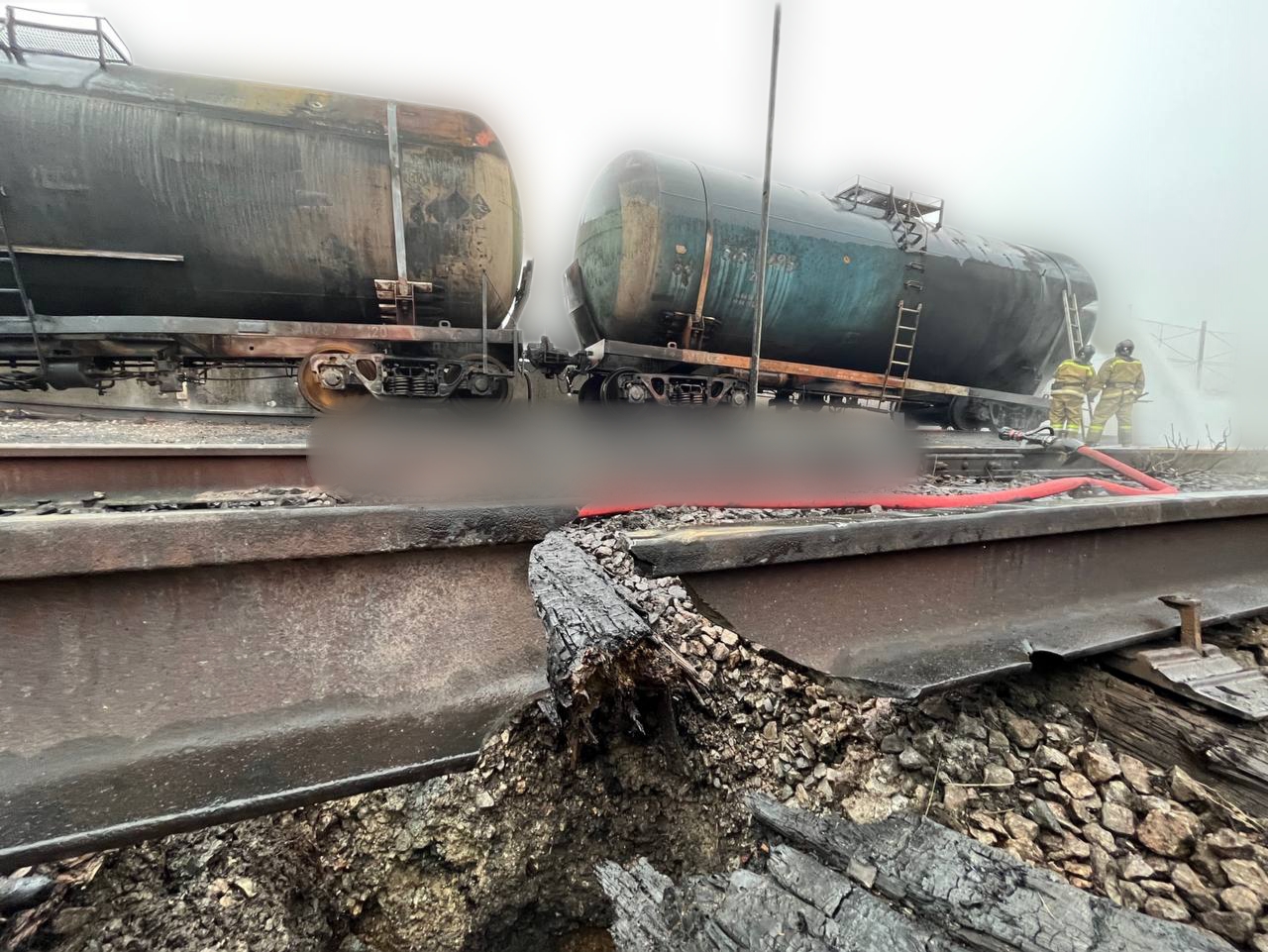 According to the invasion authorities, 84 firefighters and 20 fire engines were allegedly involved in extinguishing the fire. In addition, a fire train and motor pump were sent to the scene.

Similar situations at the fuel storage facilities to be used by the Russian occupation forces in the Donbas for the war against Ukraine, are not unique. The Russians constantly blame the Ukrainian military for shelling them and causing such fires. 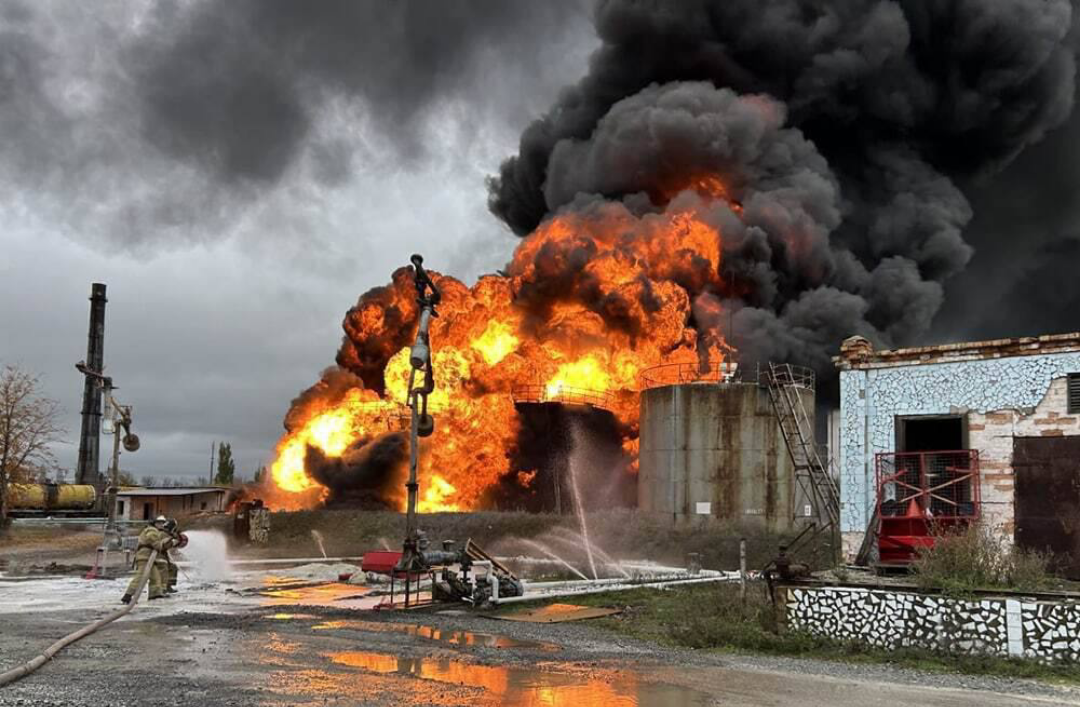 Thus, last month, fires occurred in the temporarily occupied city of Shakhtarsk in the Donetsk region. Then tanks with fuel and lubricants on the oil tank farm and the railway caught fire. 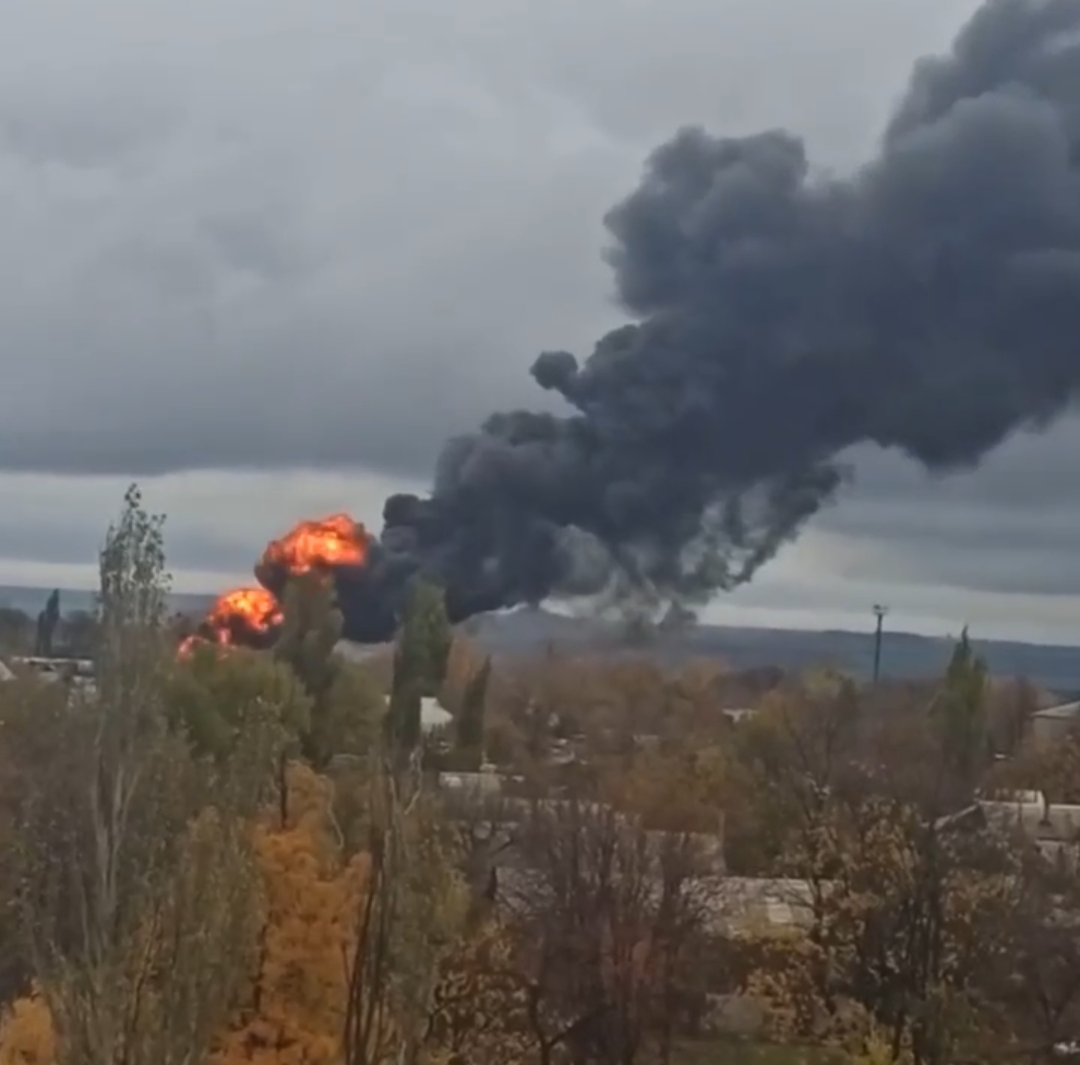 The Russians claimed that the strike was performed with M142 HIMARS rocket artillery systems.