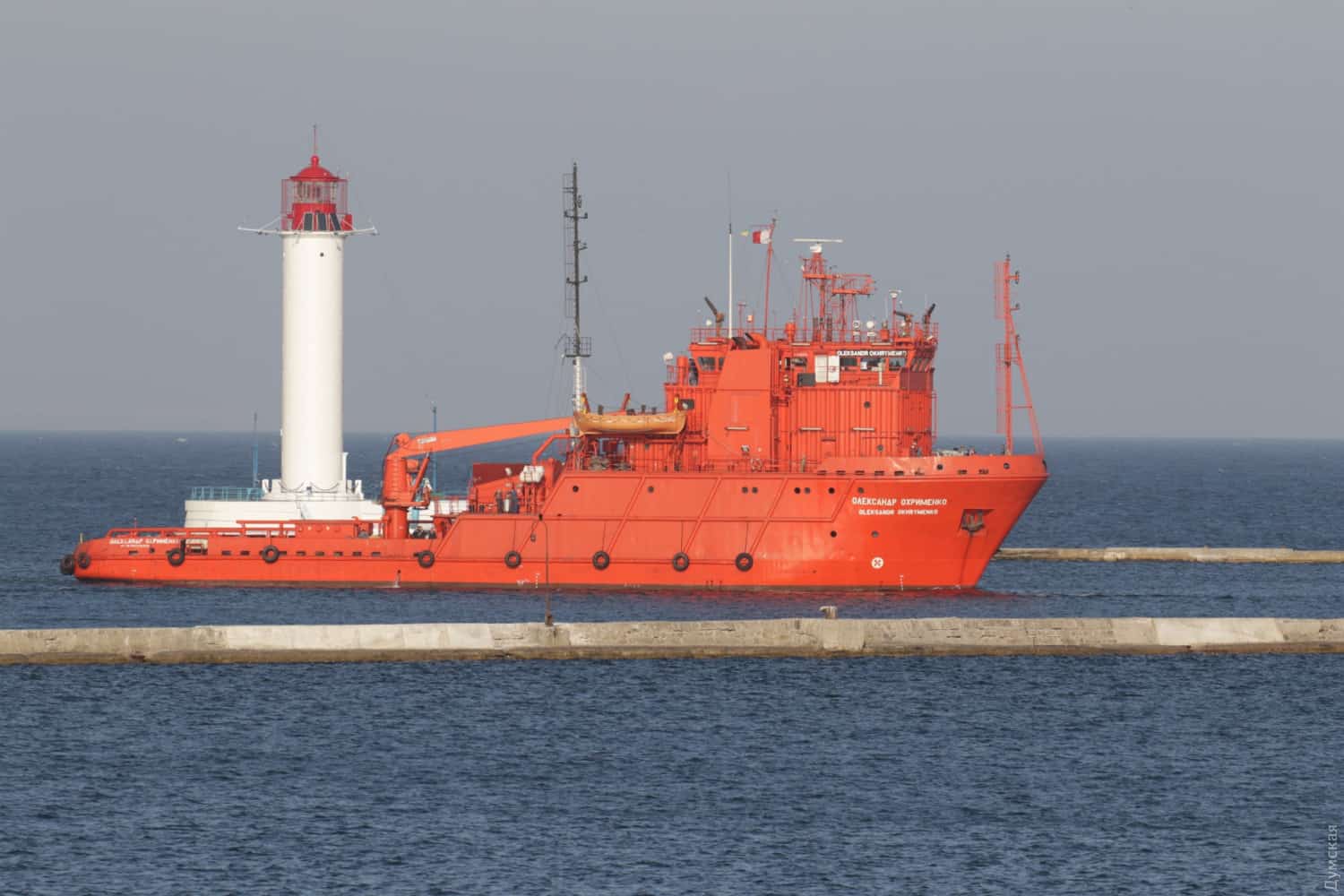 «Oleksandr Okhrimenko» search and resque ship disposed from the Ministry of Infrastructure to the Ukrainian Navy came from Yuzhnyi sea port to Odesa, reports the «Dumskaya».

The ship appeared on the horizon at 15.30 and at 17:20 was moored at Pivdenna Naval Base, Praktychna harbor.

The ship was formally disposed to the Ukrainian Navy from the Ministry of Infrastructure on August 29, 2019.

Ukrainian Navy flag will be raised during the official ceremony.

“Oleksandr Okhrimenko” project 2262 search and resque ship was built by Keppel Fels shipyard for USSR. The ship was launched in 1987 as «Svetlomor-4».

In late 1992 the ship was assigned to the Black Sea shipping company’s expeditionary SAR group. In 2012 the ship changed its name to «Оleksandr Okhrimenko» being reassigned to the Maritime SAR service (МАРС). Later it belonged to the Seaports Administration of Ukraine. 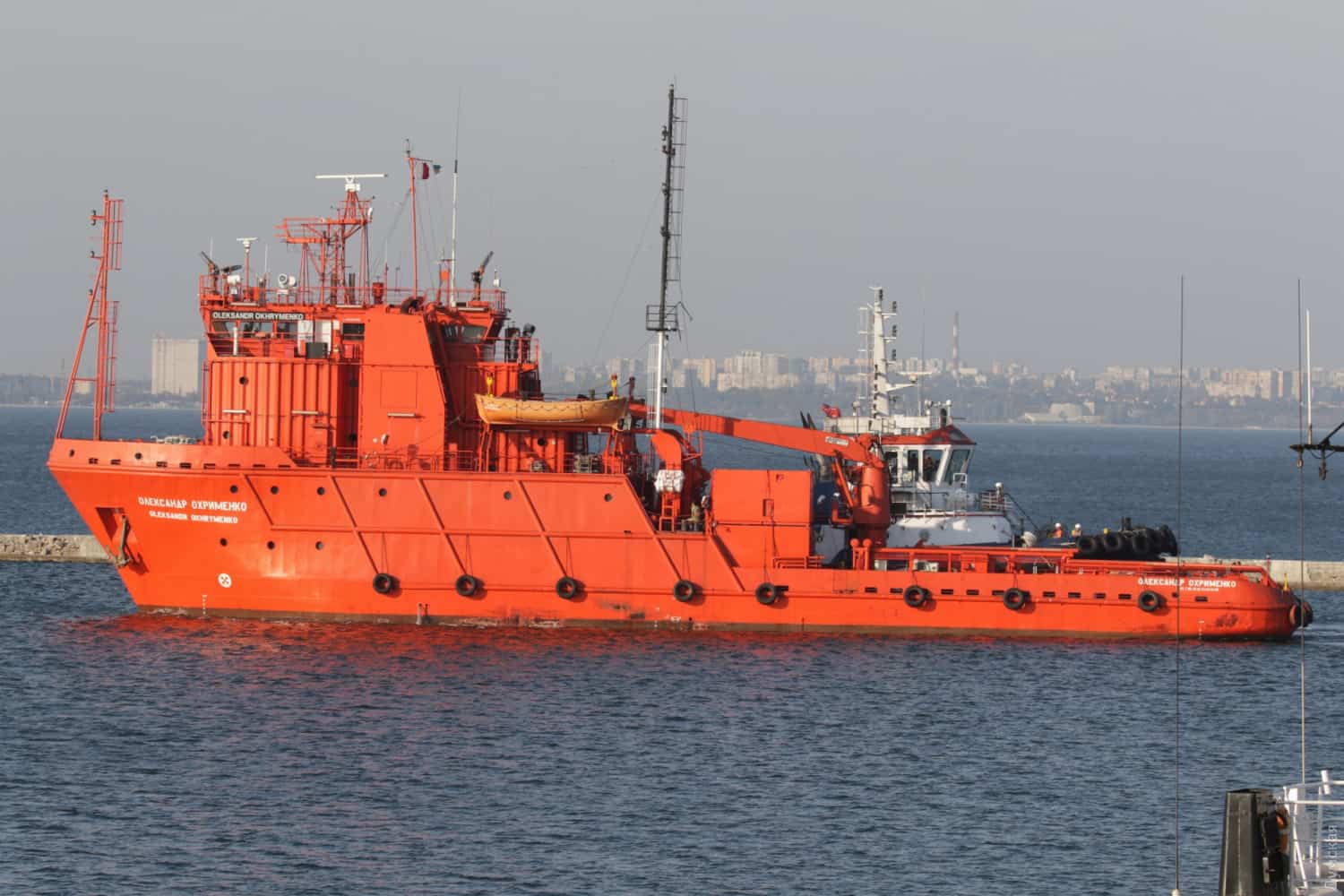 Finally, in December 2018 Solomyanskyi court in Kyiv removed the attachment from the ship to dispose it to the Ukrainian Navy.