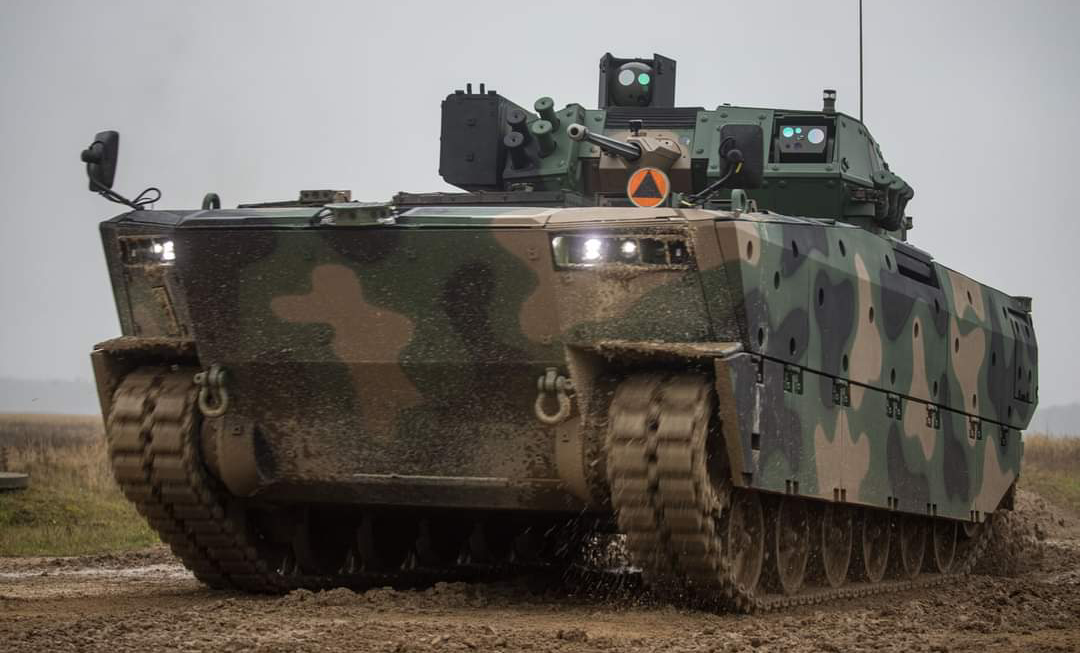 In Poland, trials of the new Borsuk domestic infantry fighting vehicle are ongoing.

The tracked IFV is tested by soldiers of the 15th Separate Mechanized Brigade of the Polish Army.

The latest Borsuk combat vehicles are to be replaced by BMP-1 in the ground forces. It is reported by Polska Zbrojna.

The vehicles arrived for testing last week. The brigade commander spoke about the field tests of this machine and the importance of its buoyancy for fighters.

“Borsuk will provide us with abilities that we haven’t had yet,” says Brigadier General Piotr Fajkowski. 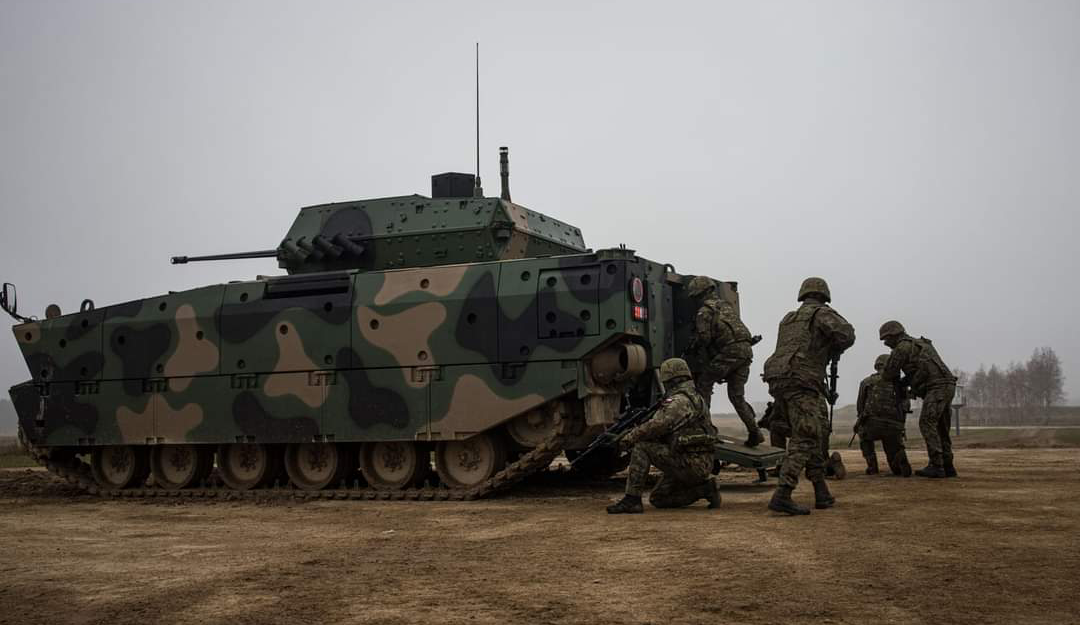 IFV weighs 28 tons, its maximum speed on paved roads is 65 km/h, and the unique feature of the vehicles is its buoyancy, the Polish officer notes.

When overcoming water obstacles, the IFV can develop a speed of up to 8 km/h. Its crew consists of three people: a commander, a gunner and a driver, while the landing compartment in the aft part of the hull can accommodate up to six soldiers.

At the Bemovo Pisky test site, Borsuk IFV capabilities such as shooting and tactical actions are being tested. 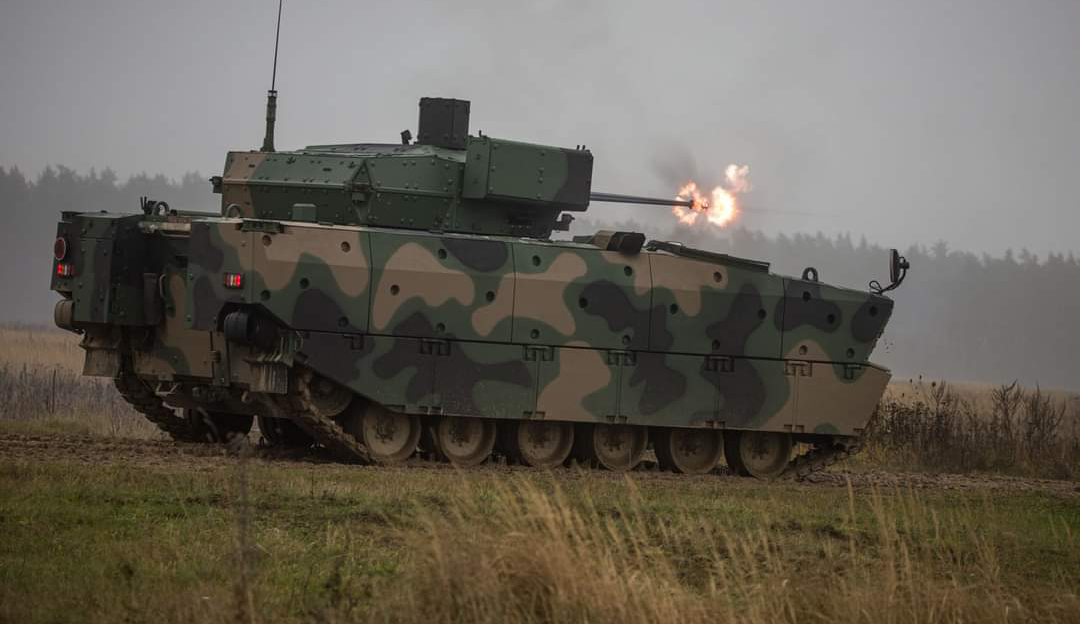 After the test program, the military will give the designers of the combat vehicle their comments on ergonomics and use of equipment.

It should be reminded that the state tests of the new Polish floating infantry fighting vehicle under the Borsuk program began in July. 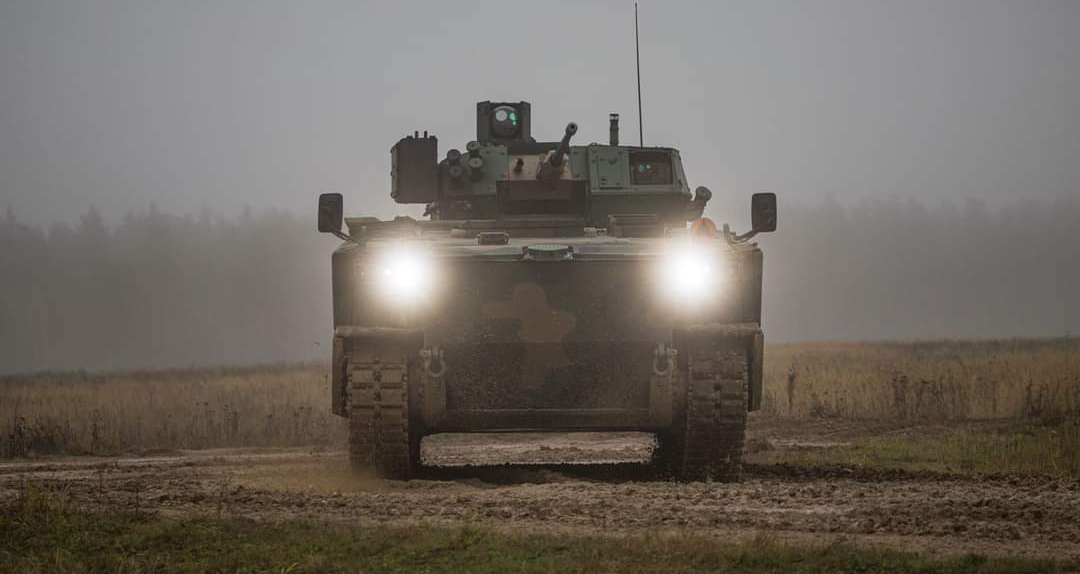 This is an important step towards the adoption of this vehicle.

The successful completion of the state tests will initiate negotiations on the launch of serial production and the conclusion of contracts for the supply of Borsuk IFVs for the Armed Forces of Poland.

The Borsuk IFV is built on a universal modular tracked platform.

The vehicle received a classic layout for modern IFVs with the front location of the engine-transmission compartment and the control compartment, behind which the combat compartment with the commander and gunner is located. The vehicle is planned to be produced in two versions. 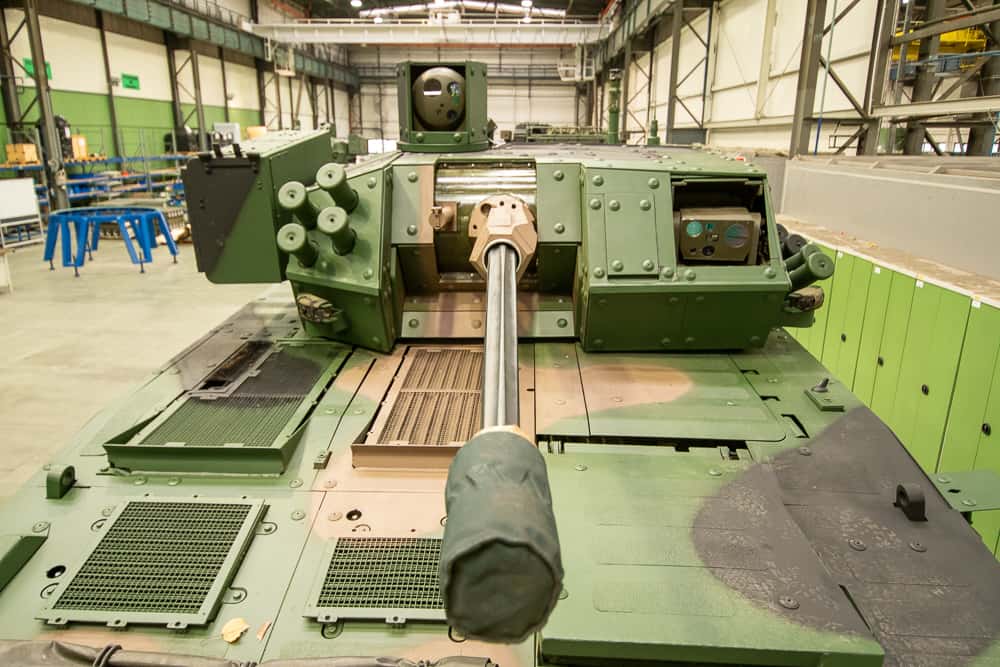 The IFV is equipped with a remotely controlled ZSSW-30 combat module armed with a Bushmaster Mk 44/S 30mm gun and 200 rounds of ammunition, a 7.62mm UKM-2000C machine gun and 400 rounds, as well as a dual launcher of Spike-LR anti-tank missiles (ATGM). The design of the module is adapted for the installation of additional hinged armor. 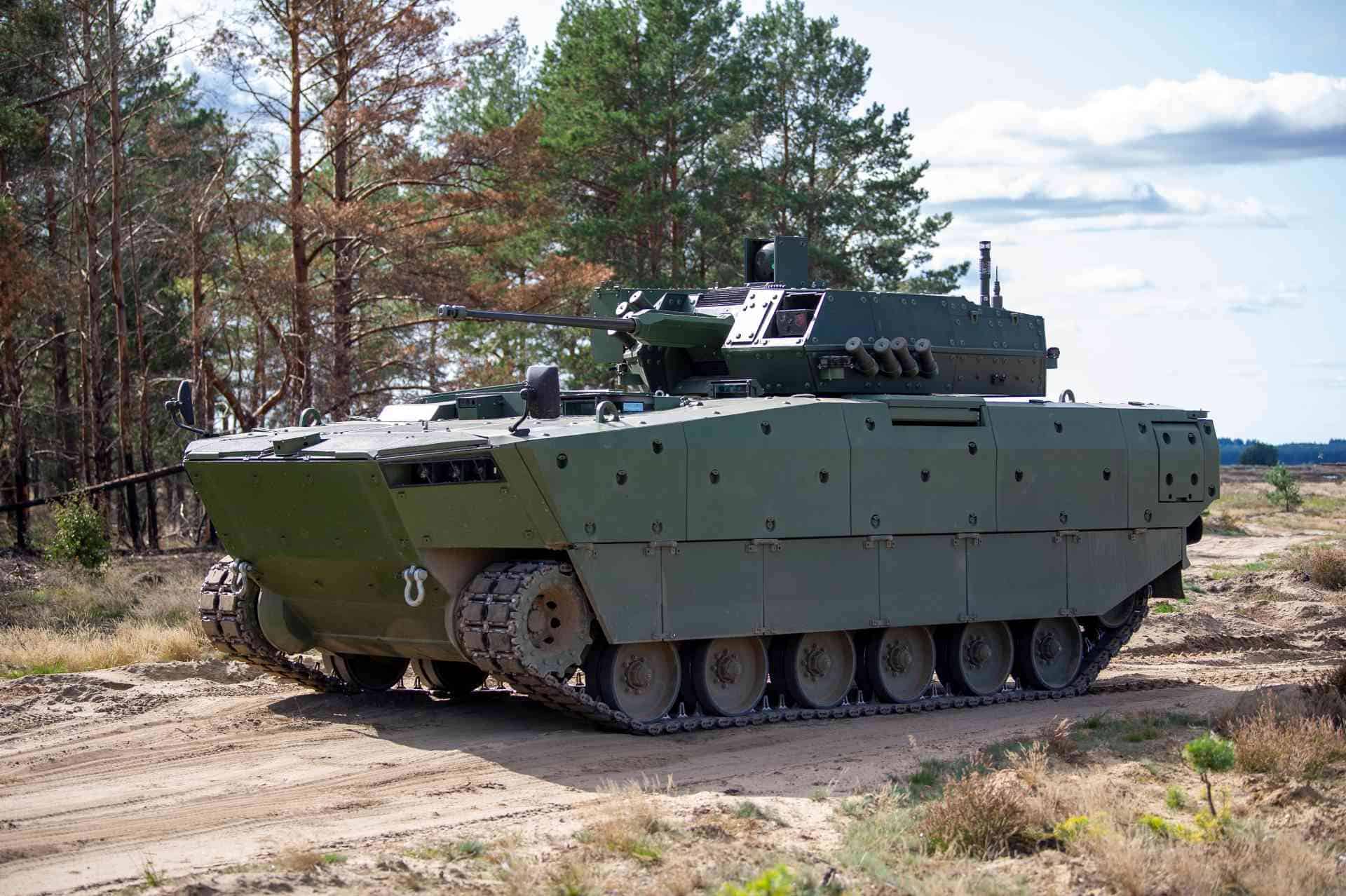 Due to an on-board weapon system, the infantry fighting vehicle has the ability to fight infantry, armored vehicles, air targets and other objects in all weather conditions and at any time of the day. 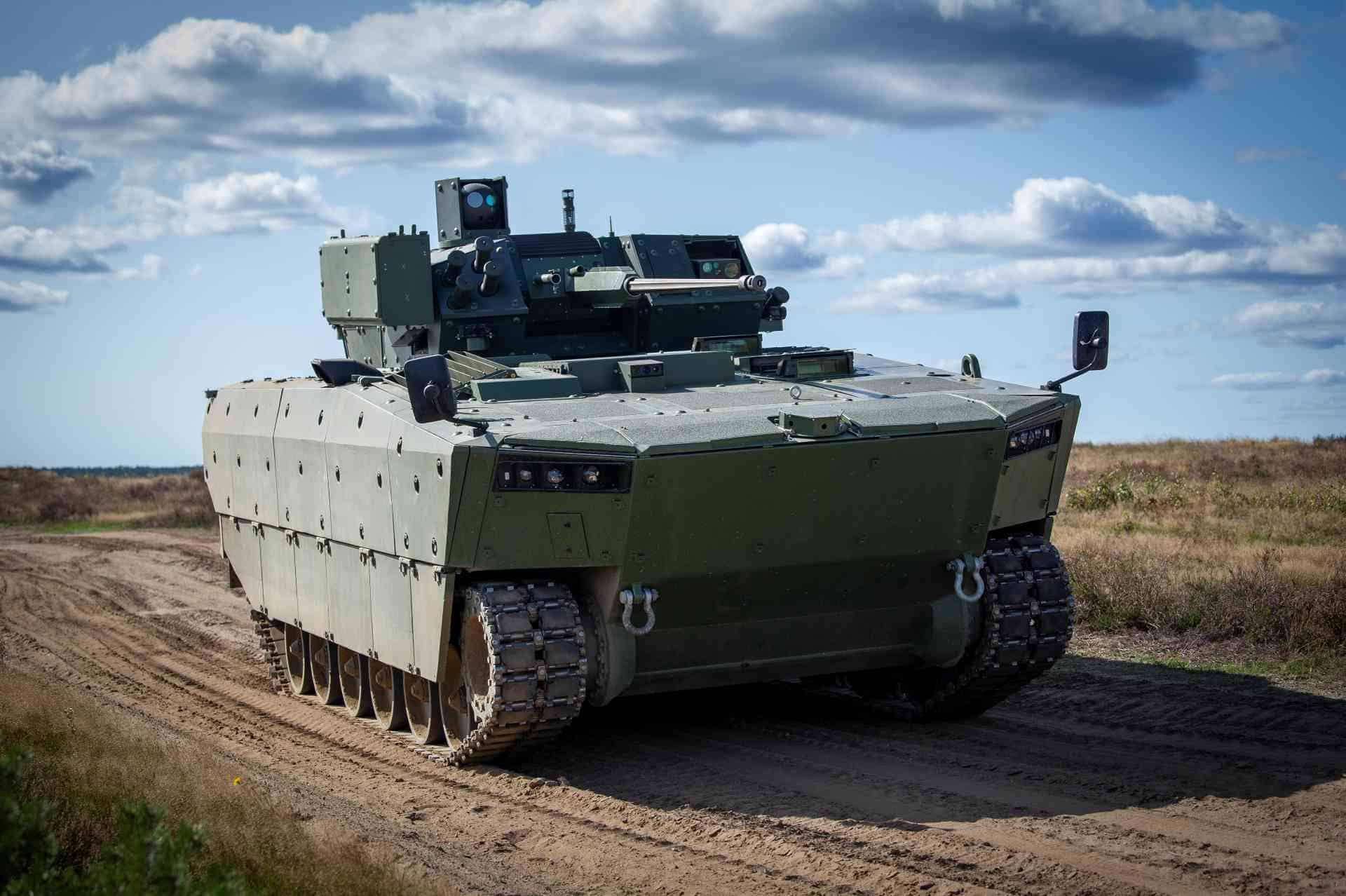 The Borsuk received a German 720 HP MTU 8V-199-TE20 diesel engine. The same power unit is used in the Austrian Ulan IFV and the Boxer family of multi-purpose armored vehicles.