9 November, 2022 Serhii Surovikin during a report on the situation in the Kherson region. 09.11.2022. Russia. Frame from the video of the Russian mass media

Russia announced a retreat from Kherson

The Russian command announced a retreat from the right bank of the Kherson region and the city of Kherson.

The commander of Russian troops in the Kherson region, Sergei Surovikin, suggested to the Minister of Defense of the Russian Federation to leave the right-bank part of the region and Kherson.

Surovikin’s report was broadcasted on a Russian TV.

Surovikin said that in the current conditions, Kherson and nearby settlements cannot be fully supplied.

“Having assessed the situation, I propose to take up defense on the left bank of the Dnipro [river],” he said.

Surovikin called the decision a “difficult” one but said it would keep people alive.

” [I] agree with your conclusions and proposals. For us, the life and health of Russian servicemen is always a priority. We must take into account the threat to the civilian population,” Shoigu said.

Information about the offensive of the Ukrainian military near Snihurivka, the only large village in the Mykolaiv region, which was controlled by Russia, appeared yesterday.

The Armed Forces of the Russian Federation destroyed several bridges in the occupied territory of the Mykolayiv and Kherson regions. 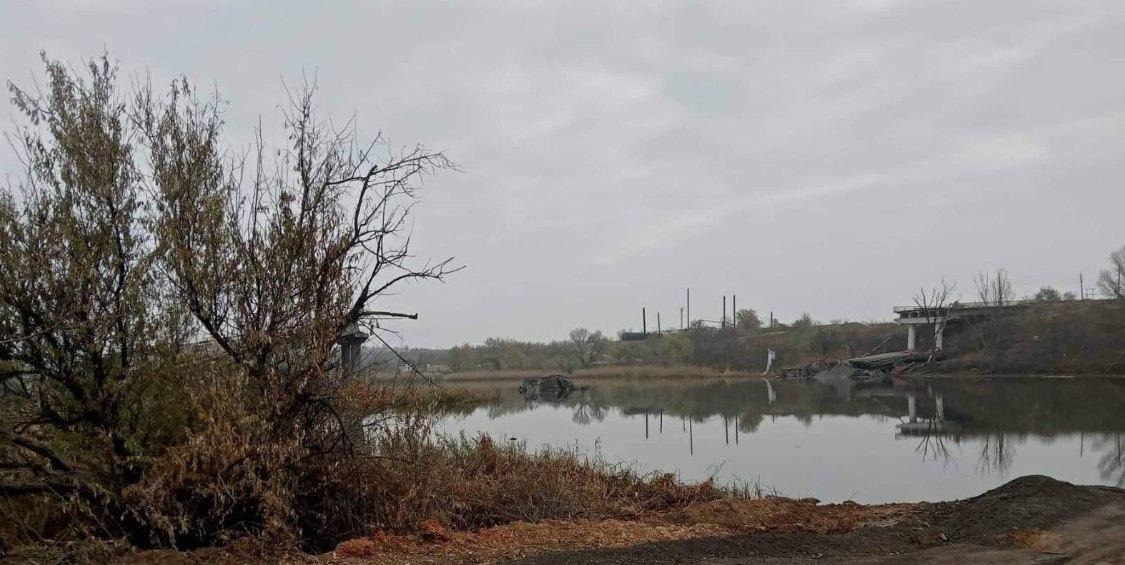 In particular, the Russians blew up a bridge over the Ingulets River in the village of Dariivka in the northeast direction from Kherson.

There is a photo confirmation of destroyed bridges through the channels on the path leading from the occupied Snihurivka in the Mykolaiv region to Kherson.