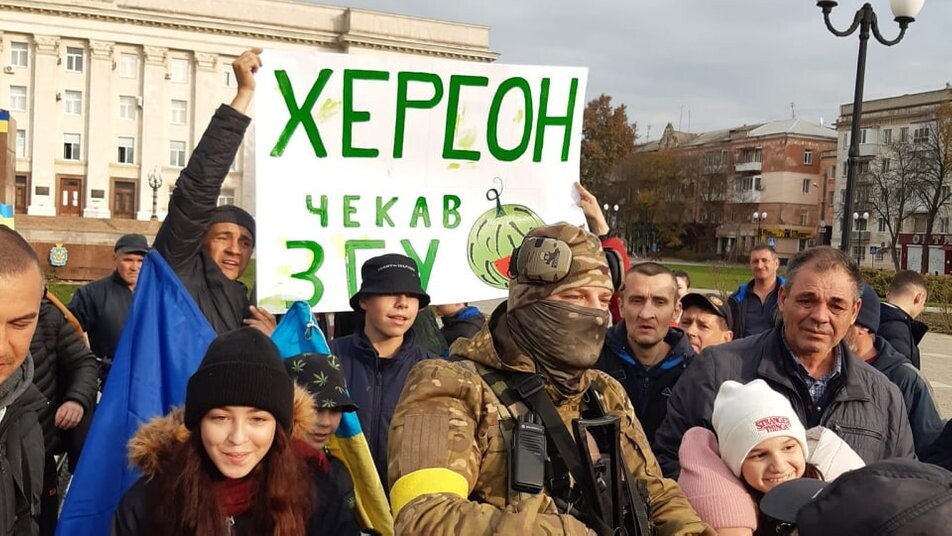 After retreating from the right bank of the Kherson region, the invaders are trying to gain a foothold on the left bank.

This was reported in the morning summary of the General Staff of the Armed Forces of Ukraine on November 13.

“Stabilization measures are ongoing in the liberated settlements of the Kherson region. The enemy continues the [construction of the] fortification equipment of the defensive lines on the left bank of the Dnipro River,” the General Staff of the Armed Forces of Ukraine reported.

The Operational Command “South” clarified that the Russian military continues to evict civilians from settlements on the left bank of the Dnipro River. The enemy is also attacking the positions of the Armed Forces of Ukraine in the liberated settlements of the Kherson and Mykolaiv regions with rocket launchers and artillery of various calibers.

“The enemy continues to conduct an active defense along the entire contact line delimited by the Dnipro River. During the day of the battle, the enemy made artillery strikes on the positions of our units and territorial communities in Beryslav district. No casualties or losses reported. In response, in order to suppress the fire of enemy artillery, our aviation twice worked in the areas of the deployment of the enemy’s forces,” the Operational Command “South” specified.

At the same time, the legitimate authorities returned to Kherson.

The head of the region, Yaroslav Yanushevych, as well as the heads of the military administration of Kherson and the Kherson region began to work.

Stabilization measures are ongoing in the city and region. Units of the National Police and SSU are working.

In his evening address, the President of Ukraine, Volodymyr Zelensky, announced that as of the evening of November 12, the Defense Forces of Ukraine had liberated 60 settlements in the Kherson region.

Thus, he stressed that the enemy mined a large portion of the region. Explosive professionals are already on the scene.

He also emphasized that during the retreat from Kherson, the invaders destroyed critical infrastructure.

“Before fleeing from Kherson, the invaders destroyed all critical infrastructure – communications, water, heat, electricity supply… Russians everywhere have the same goal – maximum abuse of people. But we will restore everything,” the President added.

As previously reported, on November 11, the Defense Forces of Ukraine entered the city of Kherson. The Defense Intelligence of the Ministry of Defense of Ukraine reported that Kherson is returning to the control of Ukraine.

During the retreat, the invaders blew up the Antonivskyi bridge and part of the Kakhovka HPP dam.