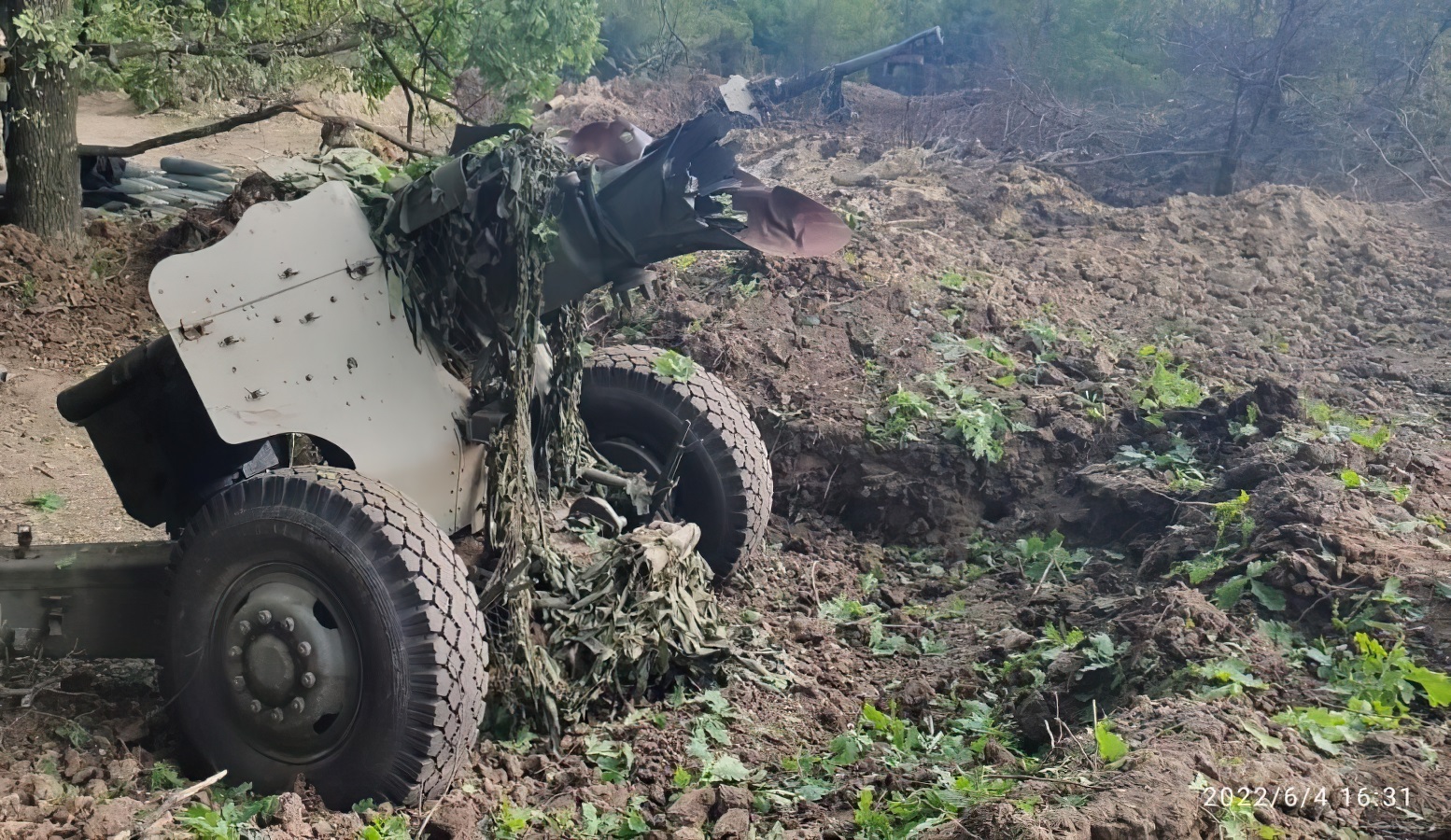 On one of the artillery positions of the Russian invasion forces there was an explosion of a 152-mm D-20 towed howitzer.

In the published photos you can see the consequences of the explosion.

Presumably, the incident occurred in the Luhansk region of Donbas.

Based on photos with consequences, there was a charge explosion, not a projectile. 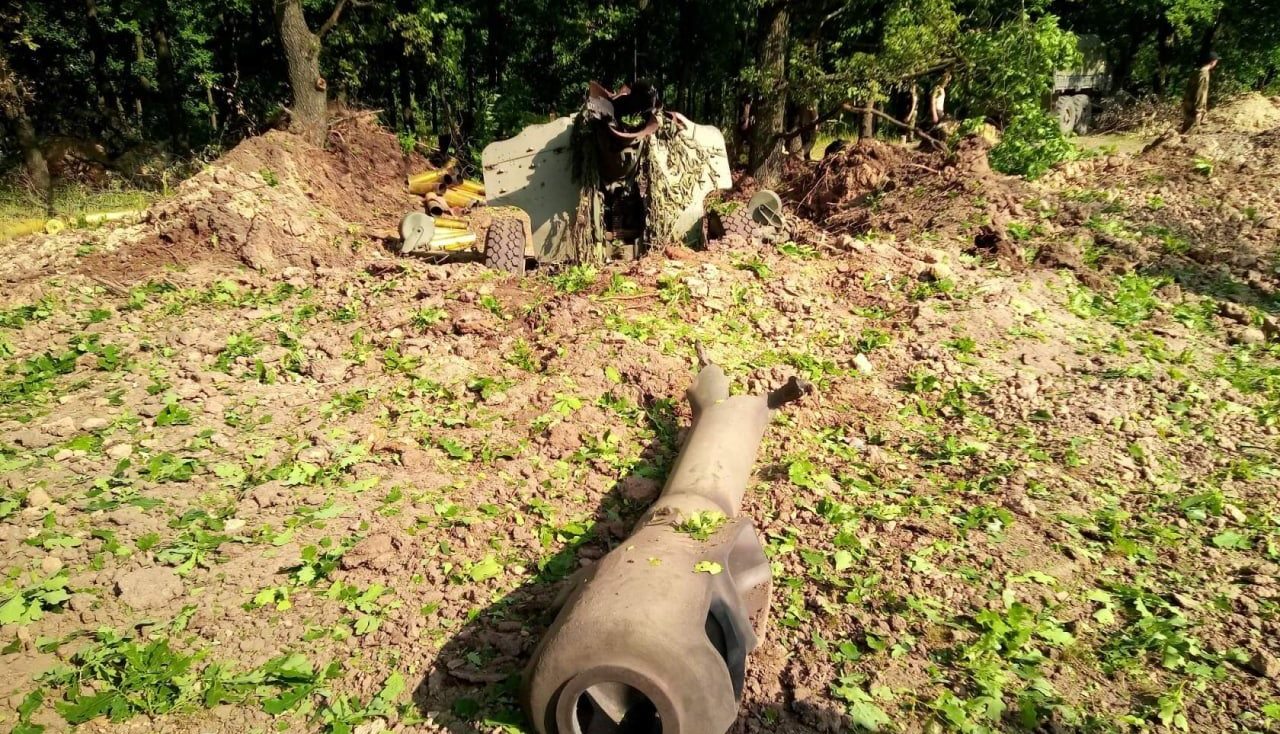 This happens when after being stored in wrong conditions, part of the gunpowder in the charge crumbles into dust.

Accordingly, the area of the combustion surface increases dramatically and the pressure of powder gasses as well. 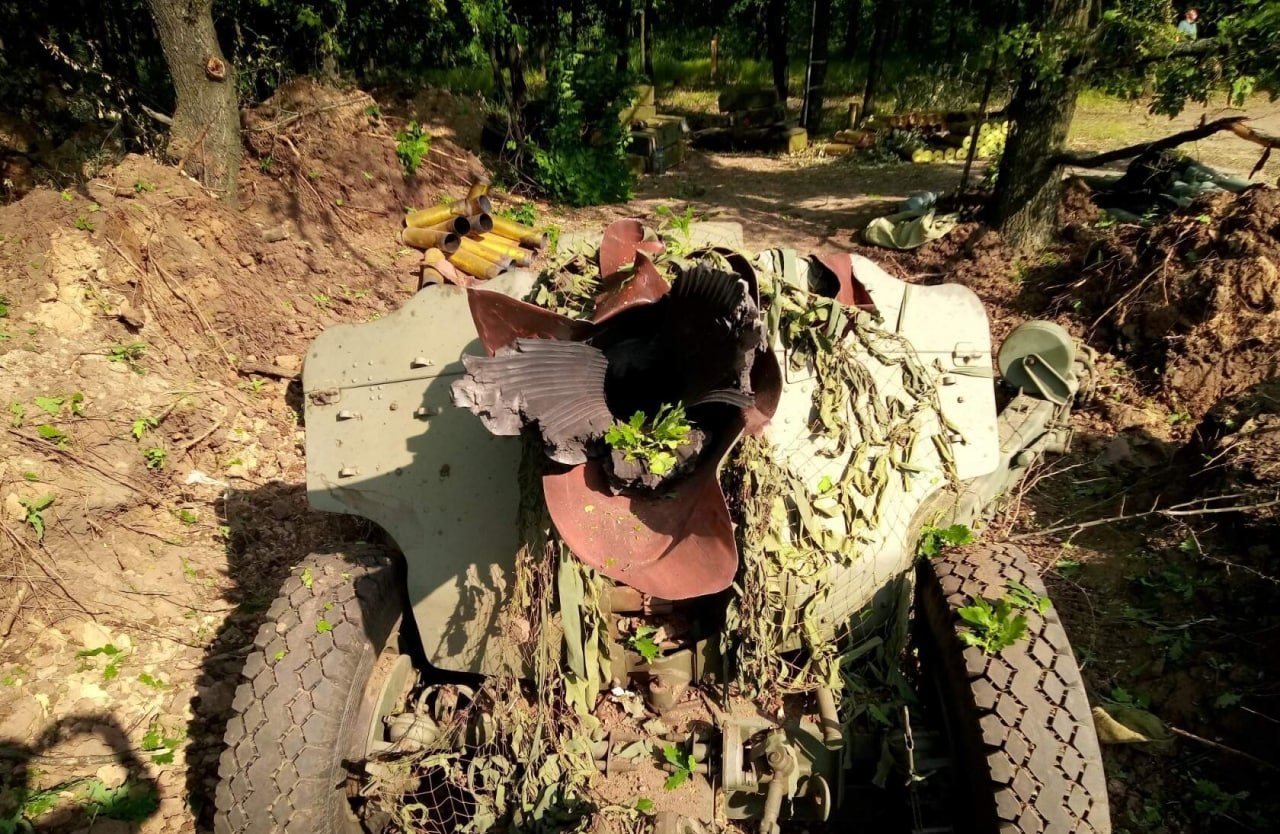 As a result, there is a rupture of the howitzer breech loader.

The D-20 howitzer was developed in the Soviet Union just after the end of World War II. 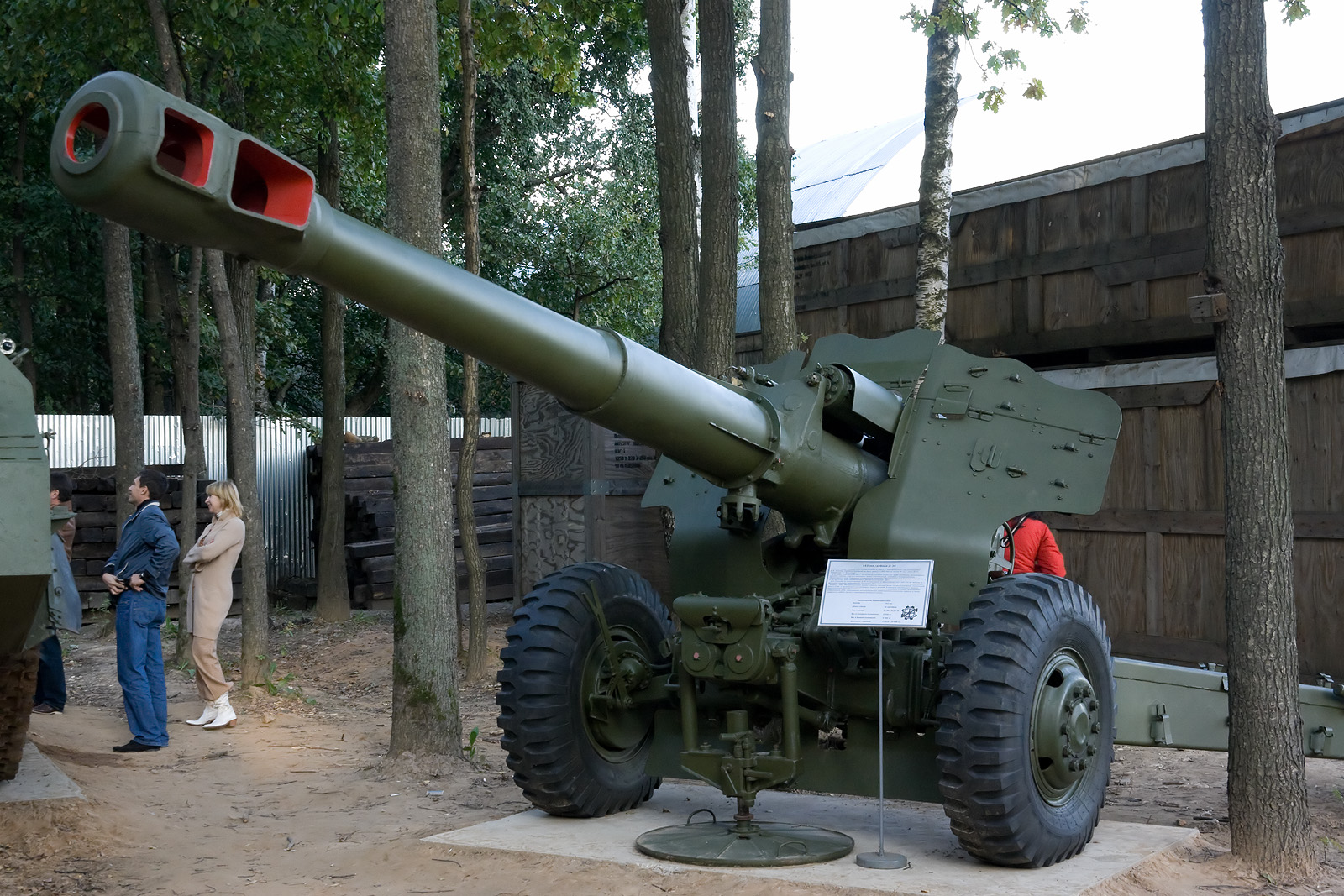 The length of the gun barrel is 34 calibers. It became the first 152 mm gun system with a semi-automatic sliding-block with vertical block movement. 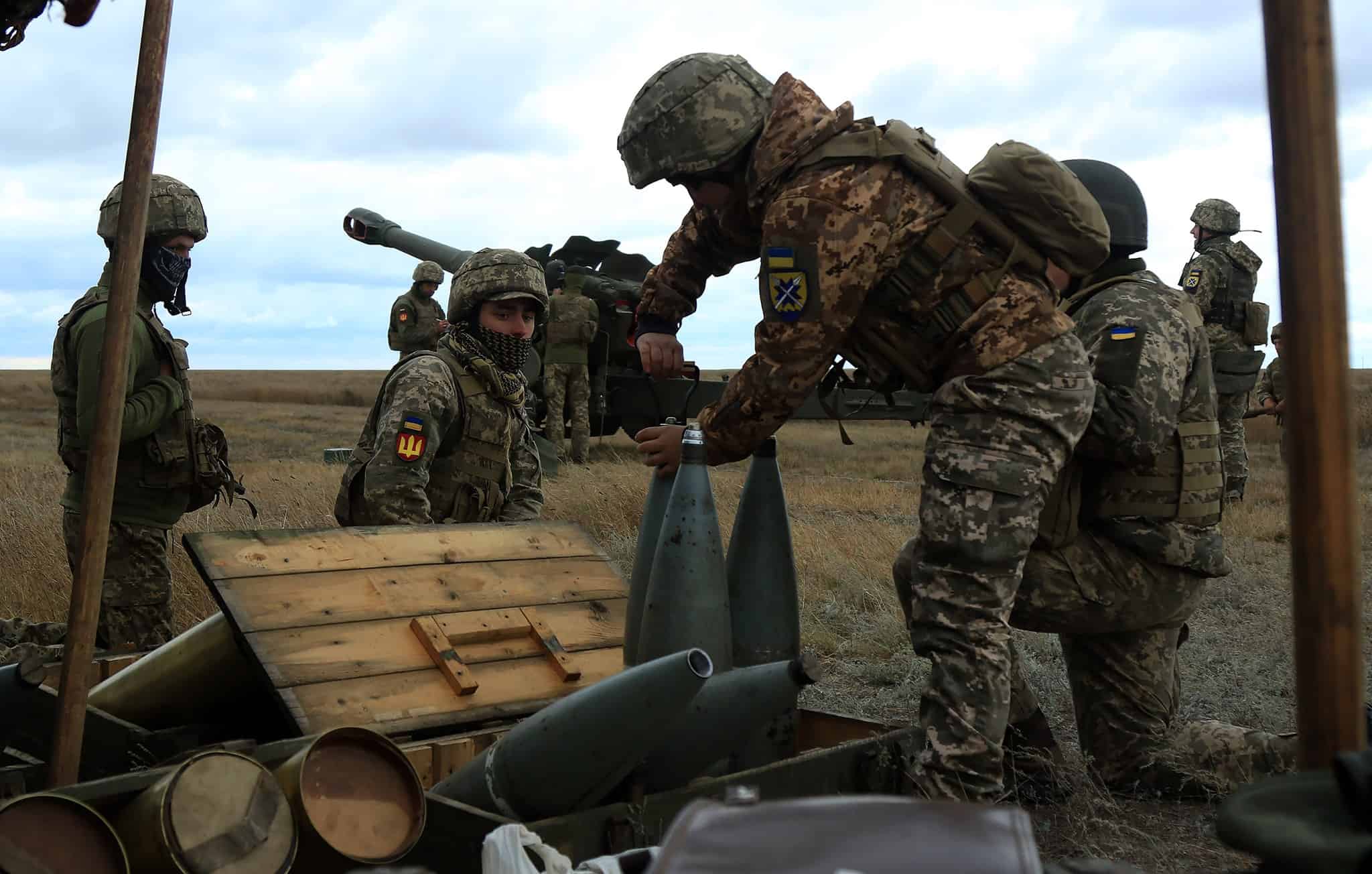 The Armed Forces of Ukraine also actively use these towed howitzers. It’s in service in at least 13 countries.