The invaders are preparing provocations in the Kherson region – Defence Intelligence

The invasion forces are preparing shelling of settlements in the Kherson region.

The Defence Intelligence of the Ministry of Defence of Ukraine reported about this.

It was noted that those who use the services of Russian operators are being sent messages about the alleged intentions of the Armed Forces of Ukraine to carry out a massive artillery shelling of civilian infrastructure. Thus, people are urged to evacuate from the right bank of the Dnipro River.

In addition, the invaders are going to introduce a 24-hour curfew. 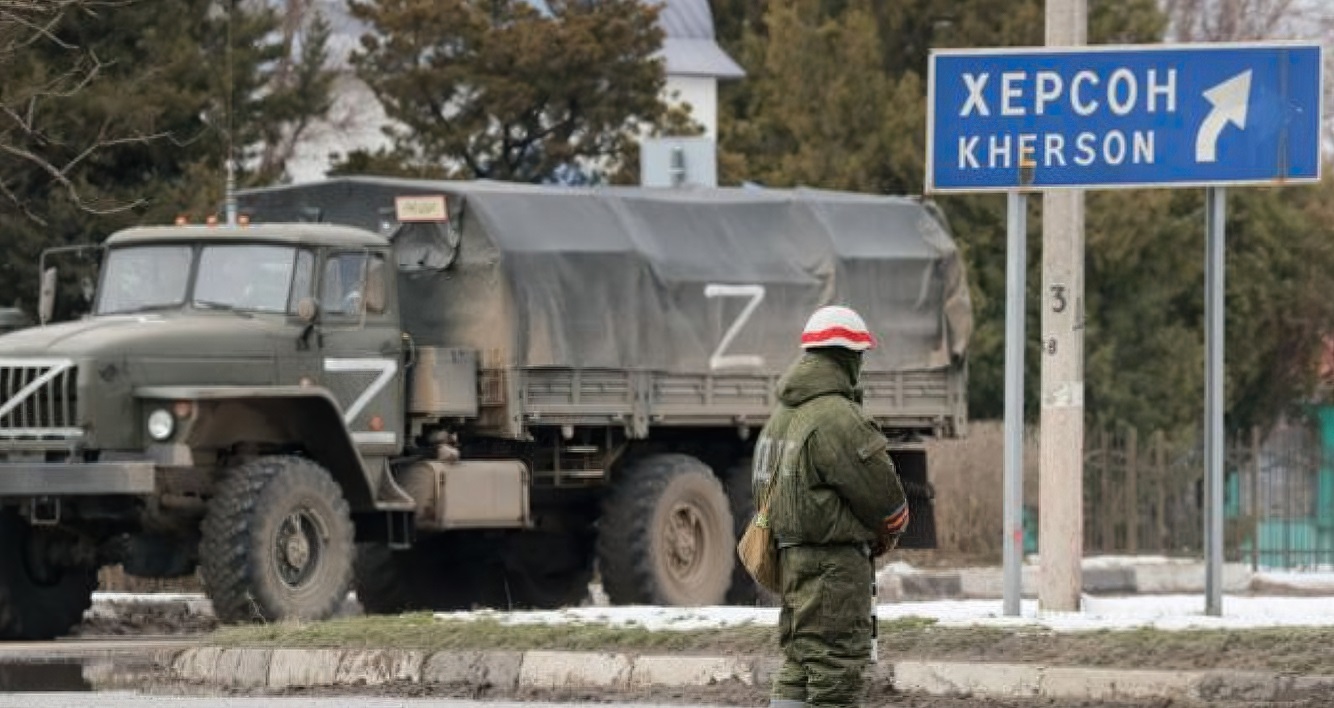 “There is a high probability of provocative shelling of residential areas in the coming days with the aim of accusing the Ukrainian Defense Forces. An extension of the curfew is expected for the covert introduction of new forces to the right bank,” the Defence Intelligence reports.

According to the Defence Intelligence, for three days, mixed convoys of military equipment of the Russian Armed Forces are passing through the Kakhovka HPP from the village of Kozatske in the direction of the village of Tsukury (from the right to the left bank of the Dnipro River). 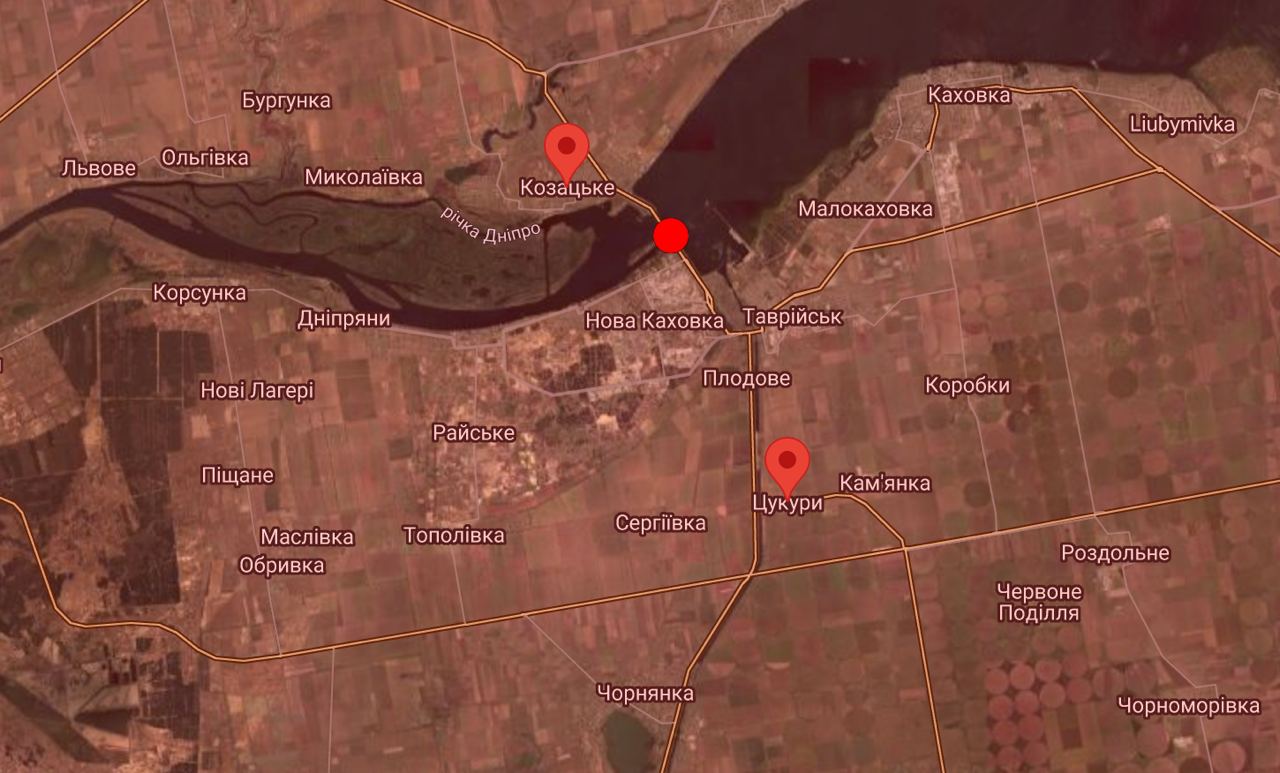 “Most of the vehicles are trucks and civilian cars packed with looted property. It is noted that, in addition to household appliances, the invaders are mass-exporting plastic double-glazed windows,” the Defence Intelligence of the Ministry of Defence of Ukraine added.

Intelligence also reports on mass looting in settlements on the right bank of the occupied Kherson region. 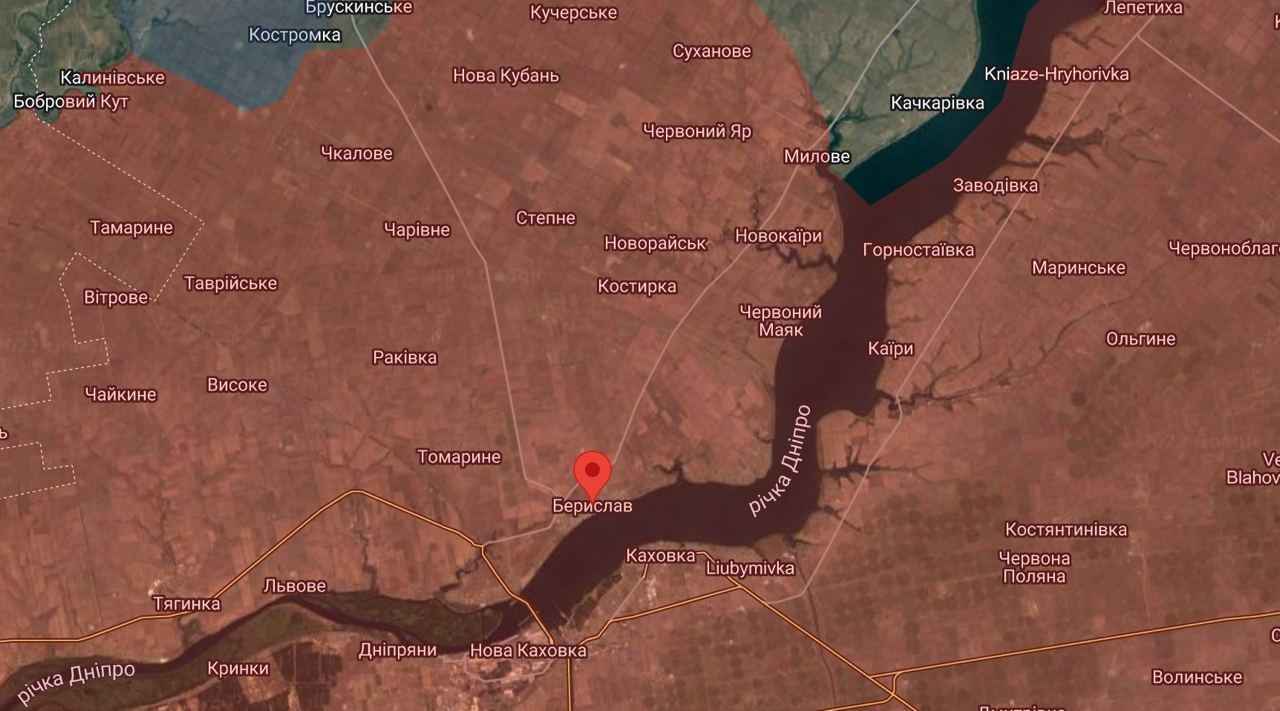 “The property of the Berislav substation of the district power grid was completely looted (machines, equipment, devices, repair materials),” the intelligence agency reported.

It is also reported that in the village of Liubymivka, the Russian military seized almost all available motor vehicles, such as buses, cars, and trucks. Local service stations and car parks were completely looted.

Besides, according to the Defence Intelligence, reconnaissance of the area is being conducted along the mouth of the Dnipro River.

In the villages of Olhivka and Tokarivka, the invaders blew up mobile phone towers of Ukrainian operators. 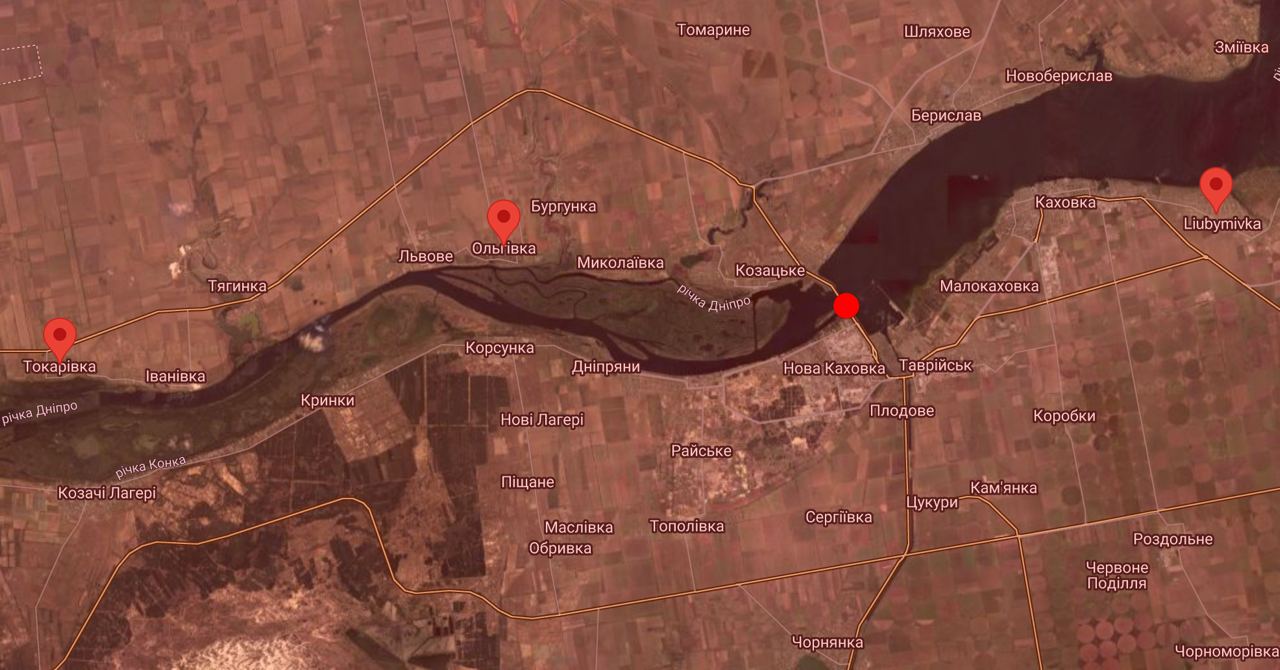 Also, the General Staff of the Armed Forces has reported that Russian troops are in the city and are preparing fortifications for street battles.