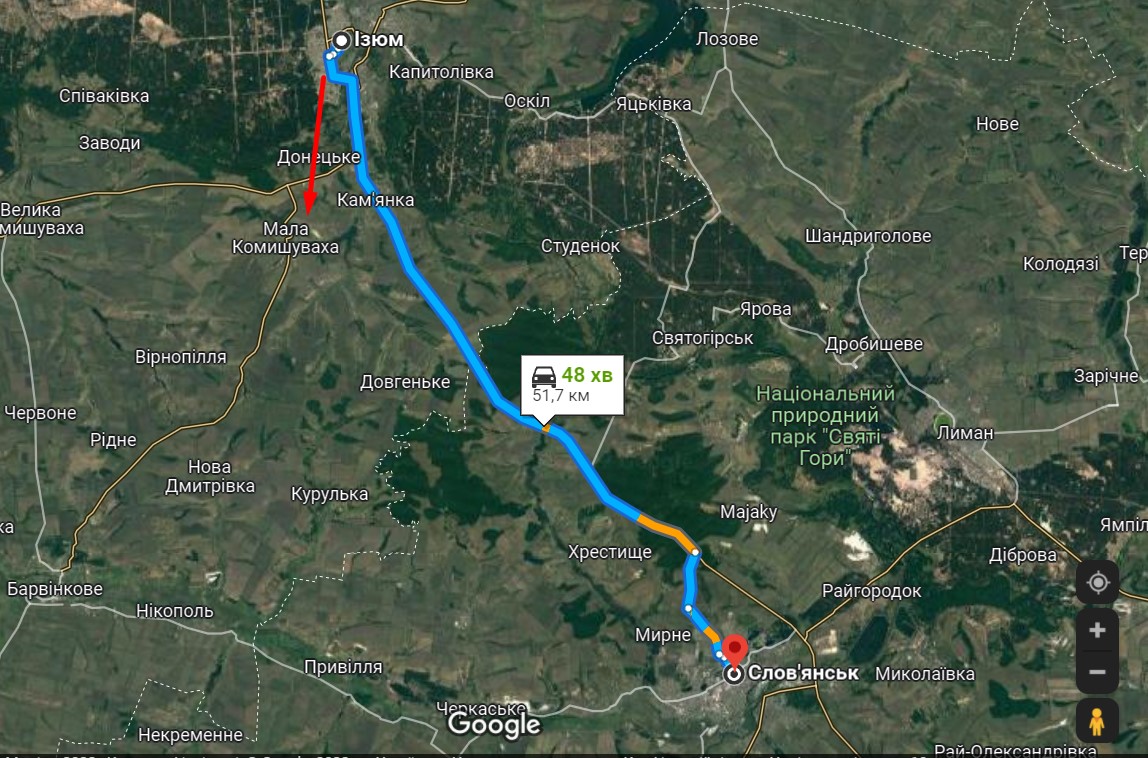 1 April, 2022 Map of the area between Izyum and Slovyansk

On April 1, 2022, the General Staff of the Armed Forces of Ukraine announced that the russians are controlling the city of Izyum, Kharkiv region.

According to the Ukrainian servicemen, the ruscists were trying to launch an offensive operation in the Mala Komyshuvakha direction. However, they did not succeed.

Allegedly, the enemy would be strengthening its aggressor troops positions in the Izyum direction using separate units of the 1st Guard Tank Army and the 20th Guard Combined Arms Army.

The city of Izyum is important in organizing the defense of Slovyansk and Kramatorsk in the Donetsk region. The distance between Izyum and Slovyansk is 50 km.

Previously, the ruscists claimed that it is more reasonable to focus on the occupation of the Donetsk and Luhansk regions. Therefore, regrouping was in motion over this week.

It is possible that some of the forces from the Kyiv, Chernihiv, and Sumy regions would be directed at strengthening the units trying to attack the territory of the Joint Forces Operation.