The Security Service of Ukraine detained a group of agents in Kyiv who for monetary compensation were sharing the coordinates of Kyiv infrastructure facilities, railway junctions, and locations of units of the Defense Forces.

The SSU press service reported about this.

“The traitors paid special attention to the positions of Ukrainian military units, including the National Guard of Ukraine, thermal power plants, and railway junctions. The collected information was forwarded to the invaders through anonymous Telegram channels. The invaders gave their accomplices a monetary “reward” in the amount of UAH 5,000 for each “report”,” said SSU spokesman Artem Dekhtiarenko.

To disguise, the detainees used cryptocurrency exchangers and bank cards, which are issued under false identities.

The agent group included four Kyiv residents who were recruited by the Federal Security Service of the Russian Federation employee from the Rostov region. They received operational nicknames “Y”, “Shaman” and “Narik” for the conspiracy.

The perpetrators also tried to enlist a resident of the Cherkasy region to the cooperation.

“The perpetrators took pictures of the objects, sending materials with markings on electronic maps and a detailed description of the surrounding area to the Russian Federation. The invaders planned to use the obtained information to launch a series of missile strikes on Kyiv in preparation for the heating season,” the SSU said. 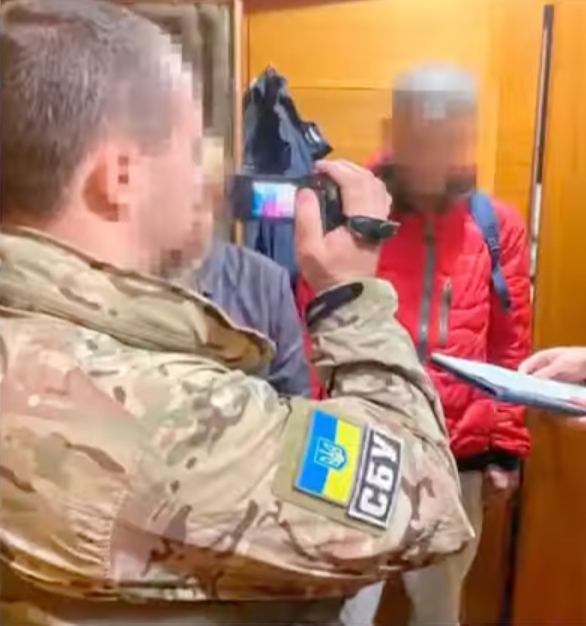 Detainees were searched and bank cards and mobile phones with evidence of correspondence with the supervisor were seized.

So far, investigators have notified three of them of suspicion of treason committed under martial law. The court has already chosen a preventive measure in the form of detention.

Another person involved was notified of suspicion under Art. 114-2 of the Criminal Code of Ukraine (unauthorized dissemination of information about the transfer of weapons, armaments, and war supplies to Ukraine, movement, transfer or deployment of the Armed Forces of Ukraine or other military formations formed in accordance with the laws of Ukraine, committed in conditions of war or state of emergency).

As previously reported, in Pokrovsk, Donetsk region, the Security Service of Ukraine exposed two militants from the so-called “DPR”, who were fighting against Ukraine since 2014.