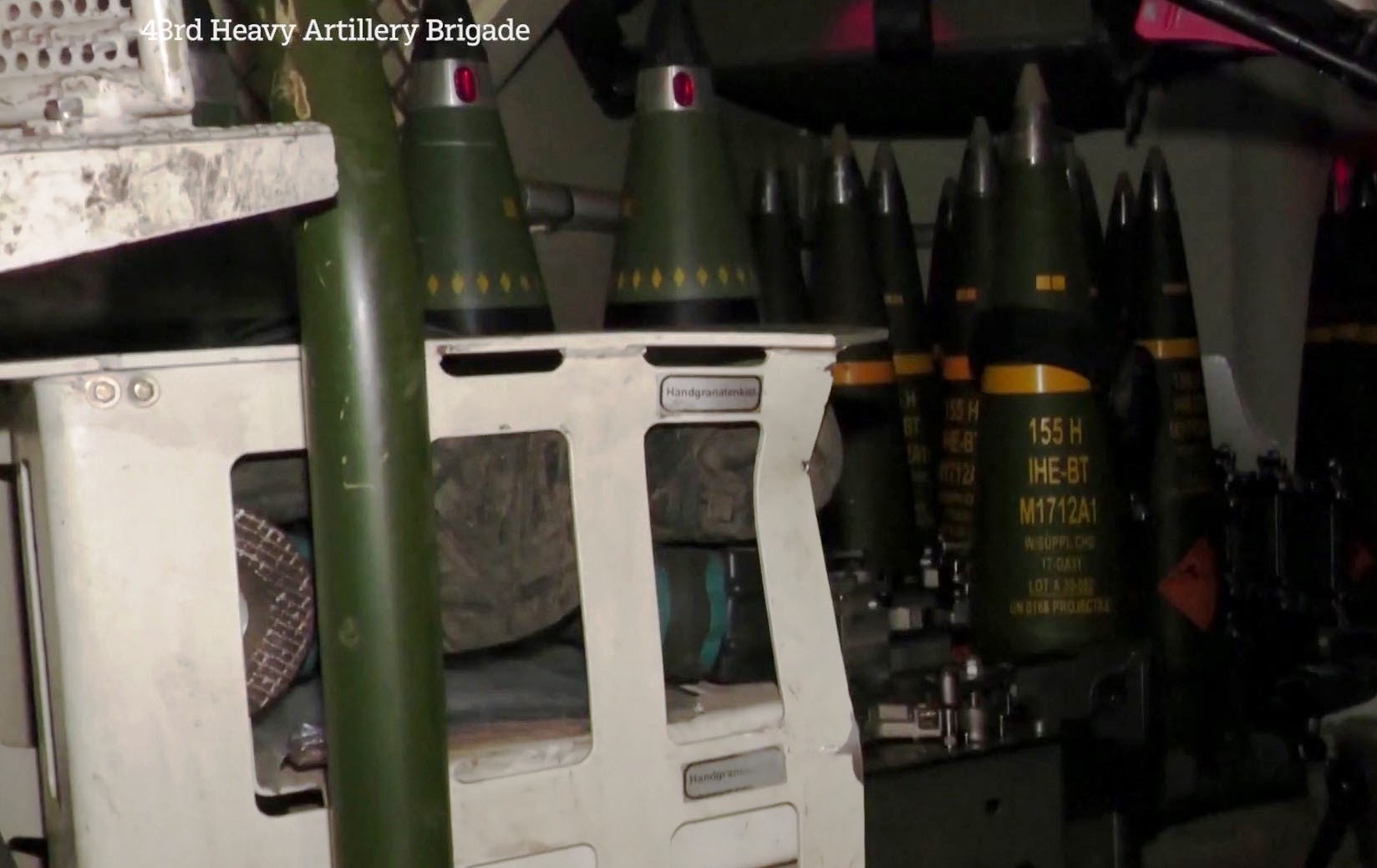 Ukrainian Panzerhaubitze 2000 ACSs use SMArt 155 rounds on the battlefield.

Footage of this ammunition was shown by Ukrainian artillery gunners of the 43rd Artillery Brigade.

Submunitions of the SMArt 155 projectile descending on parachutes search for a target. 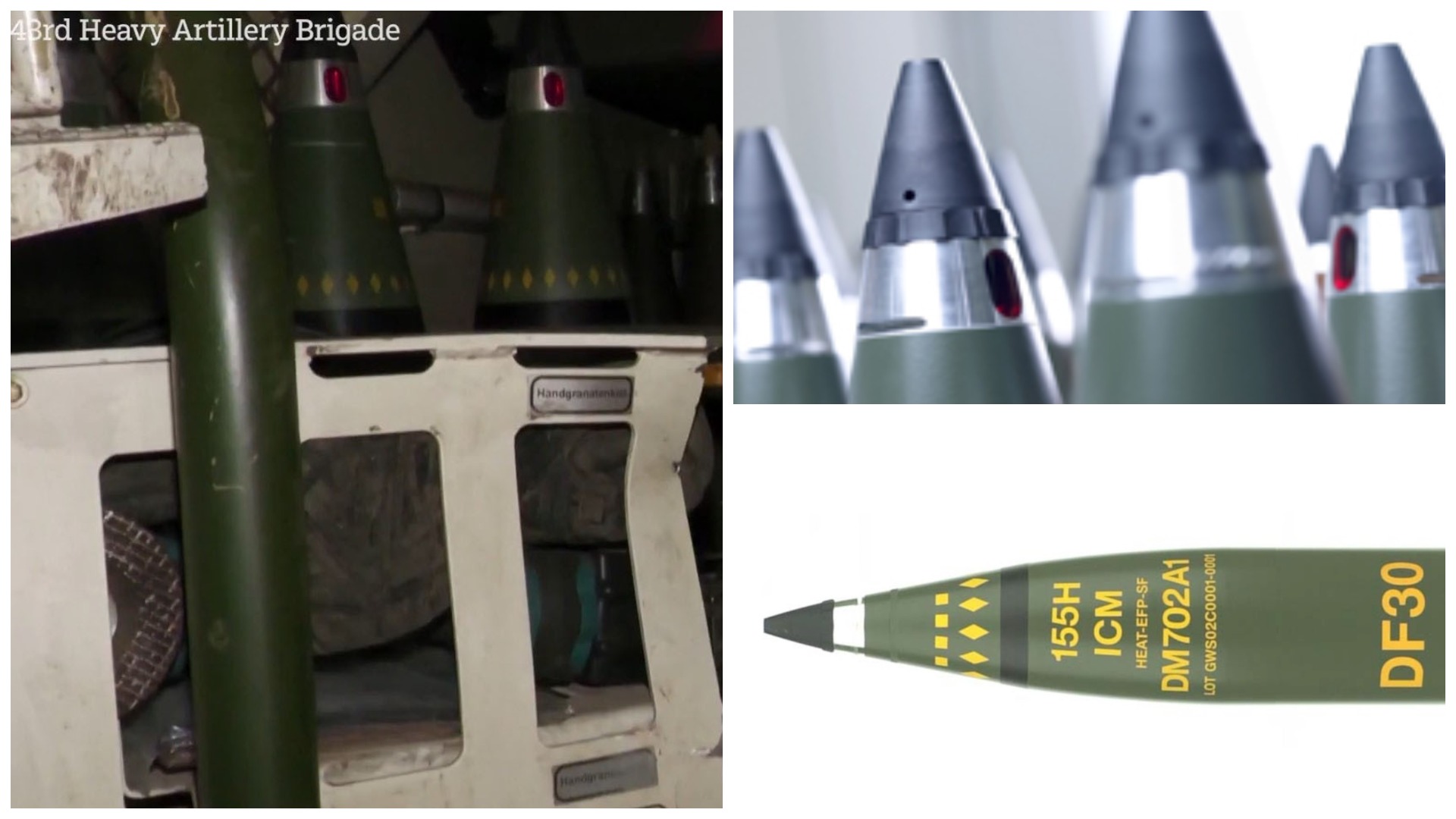 As soon as the target hits the sight, the submunition detonates and shoots the self-forging fragment – the striking element accelerated by a speed of more than 5000 m/s.

Such a projectile weighs 47 kg, its firing range reaches 27.5 km.

43rd Brigade`s PzH 2000 artillery system operates in the Soledar area with these rounds.

This projectile should be considered a precision weapon, and not a cluster projectile.

Due to multi-mode sensors, combat elements are resistant to EW countermeasures and can be used in all weather conditions and on any terrain. 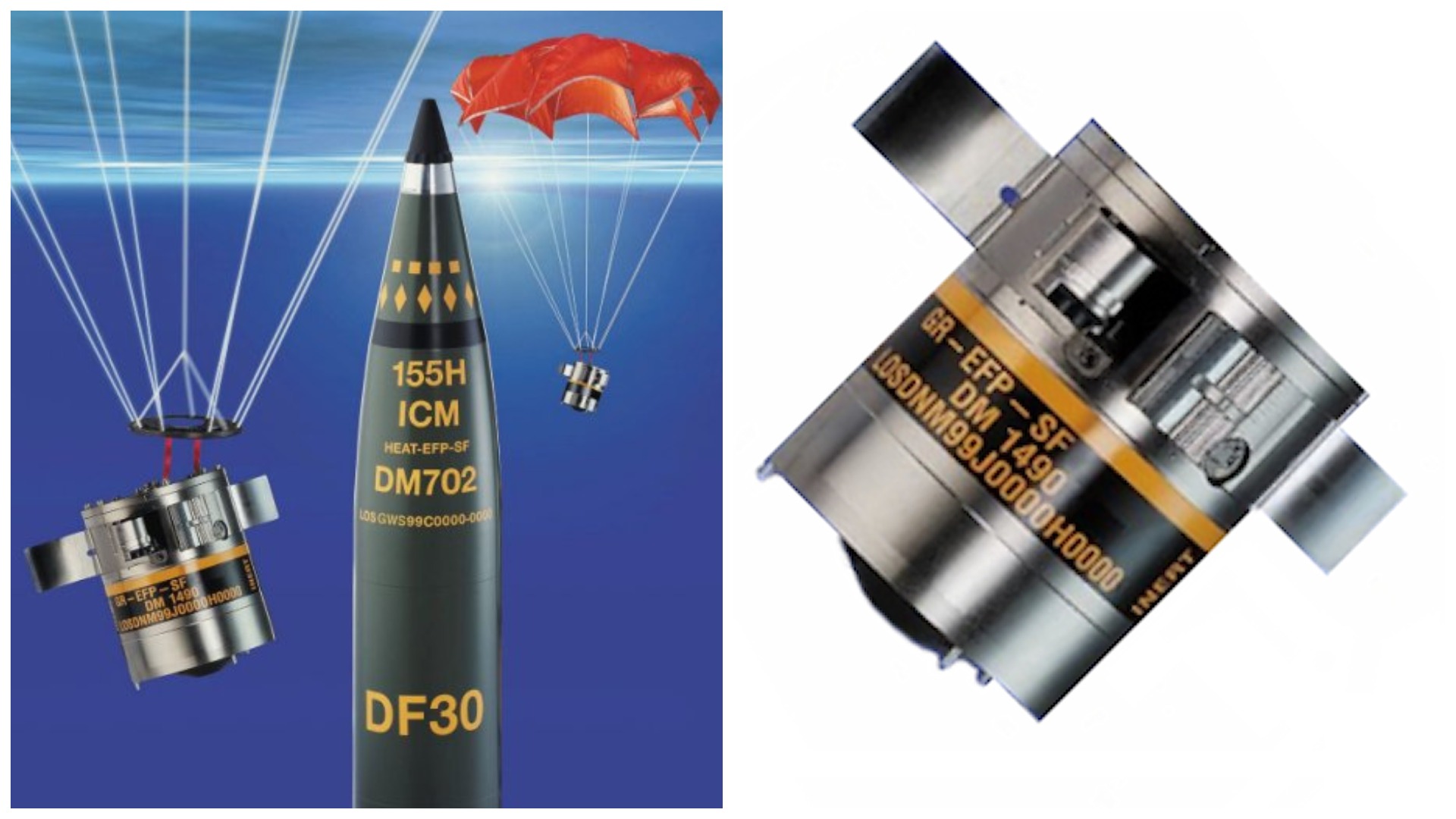 It was not officially disclosed how many of SMArts were transferred to Ukraine. The German government only reported that it had handed over 18,500 155 mm artillery rounds to Ukraine.