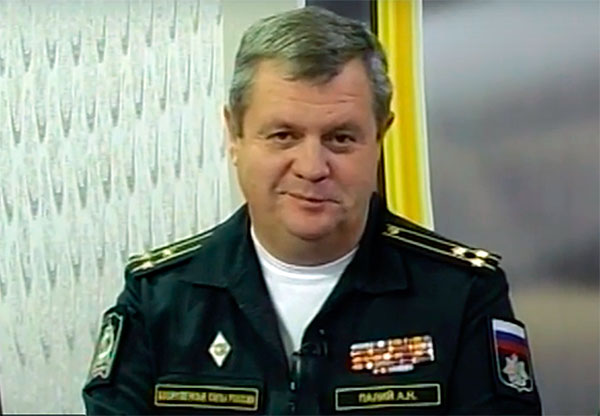 20 March, 2022 Andrey Paliy, Deputy Commander of the Russian Black Sea Fleet, has been eliminated in Ukraine

The Defense Forces of Ukraine eliminated the Deputy Commander of the Black Sea Fleet of the Russian Federation Andrey Paliy.

Information about his death was published by one of the occupier’s friends on his VKontakte page.

The record was discovered by OSINT researcher Necro Mancer. 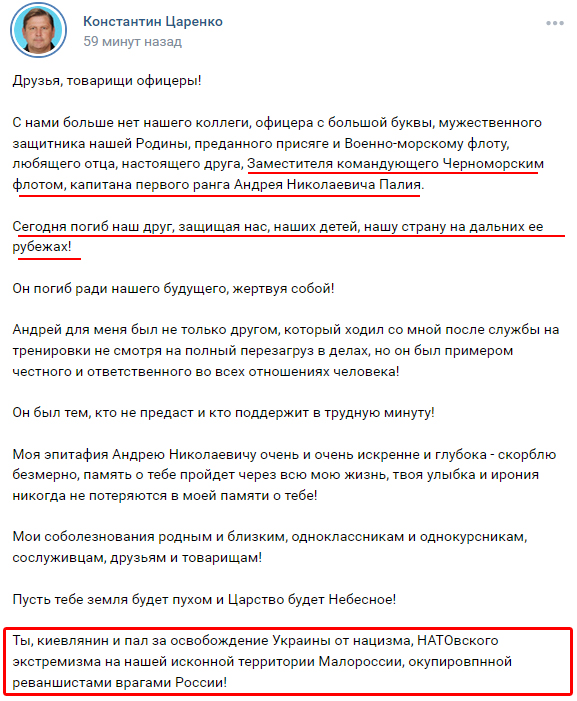 The circumstances of the death of the Captain 1st rank of the enemy fleet are still unknown. 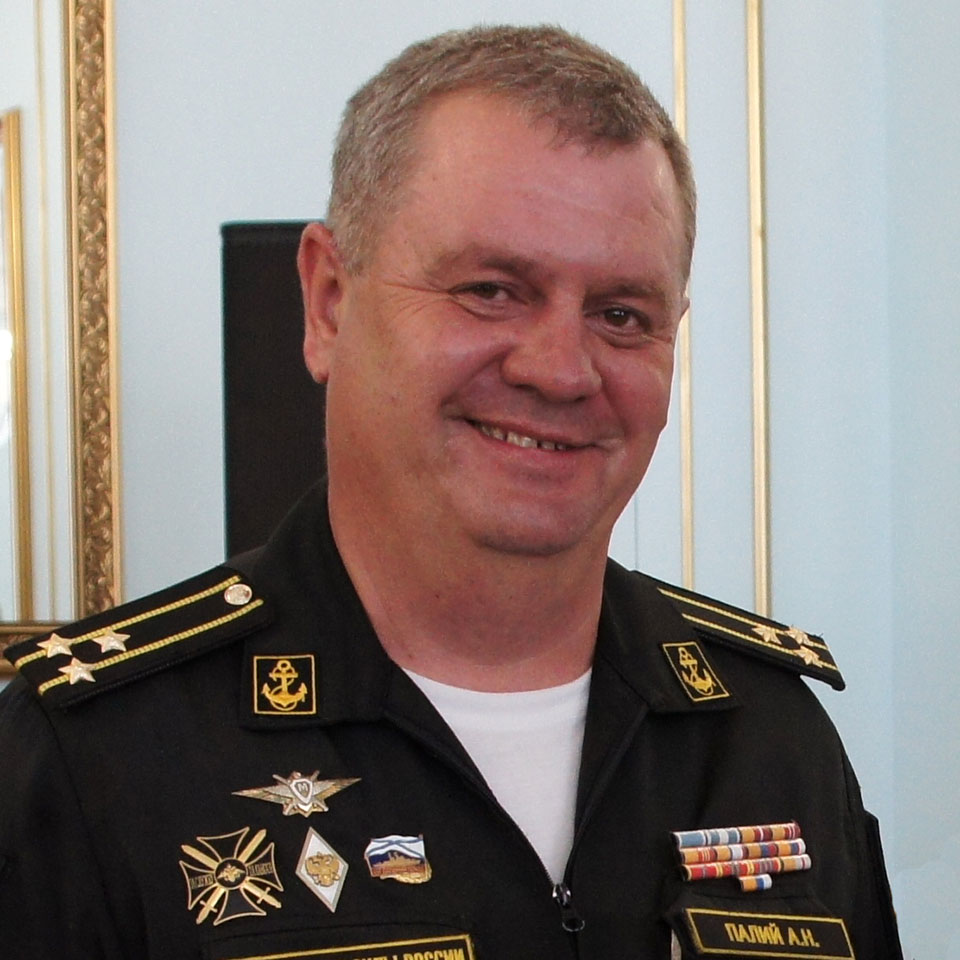 It is known that he was born in Kyiv. However, he refused to take the oath to Ukraine after the collapse of the Soviet Union. That’s why he built his career in Russia.

However, the Myrotvorets contains data on his Ukrainian citizenship, “at least since 2003.”

Paliy took part in Russia’s aggression against Georgia in 2008.

Before taking the post of Deputy Commander of the Black Sea Fleet of the Russian Federation, he was the Deputy Head of the occupied Academy of the Ukrainian Navy in Sevastopol.