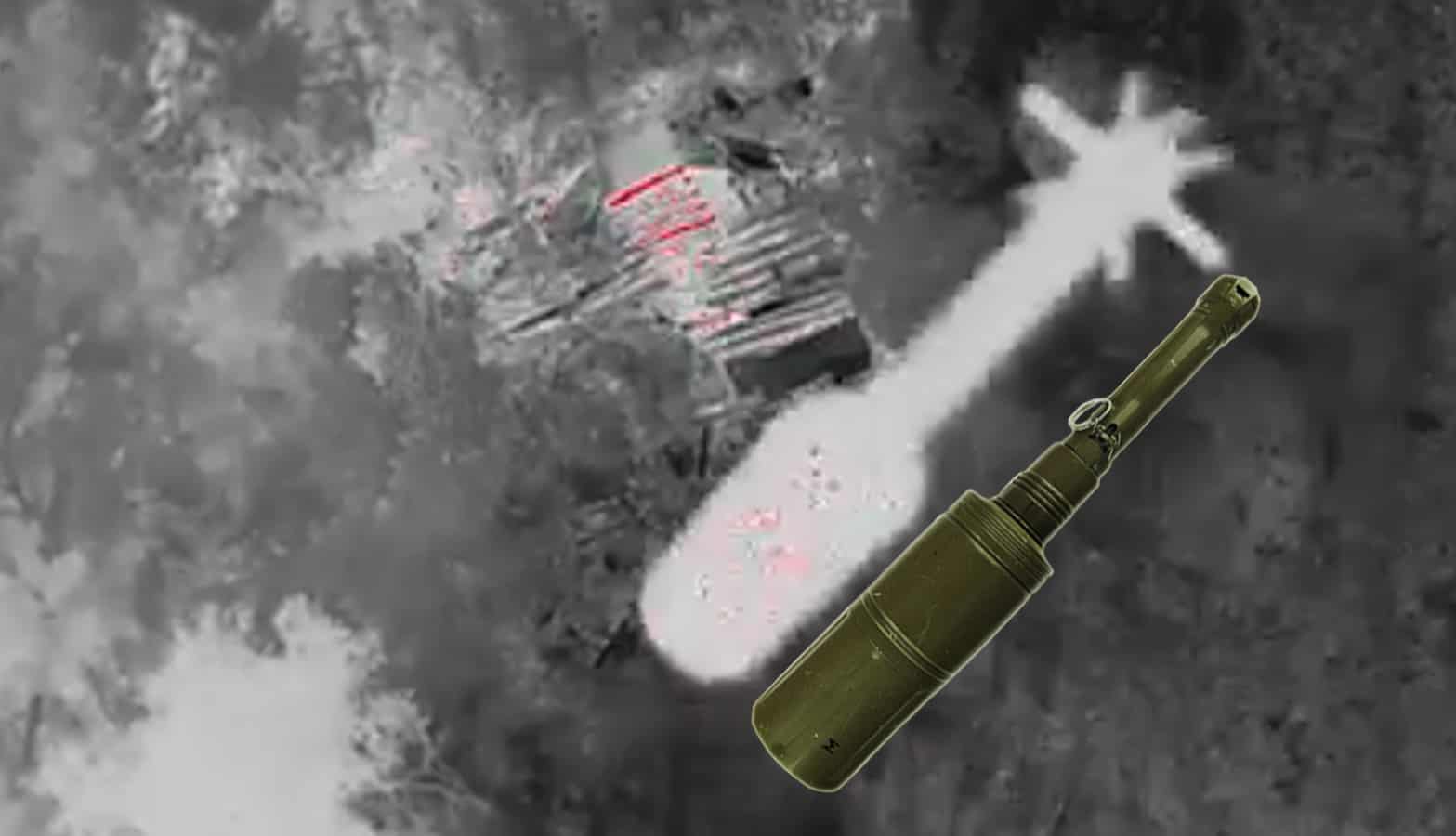 The video was made public by a Ukrainian volunteer named Serg Marco.

According to the volunteer, drones have become one of the most effective means of war.

Before a sniper was considered the most effective killer, now a guy with proper training can take out more enemies at night, than a sniper during his whole deployment. And it is safe, just sitting at the remote control, not matter if he drops something or corrects artillery fire, – said Serg Marco.

The volunteer did not specify the exact date and location of the drone attack.

Seemingly Ukrainian forces are using converted grenades as an aviation ammunition to engage the enemy. The ammunition in the video is partially similar to the RKG-3 hand grenade, but only the case of the grenade is still there. 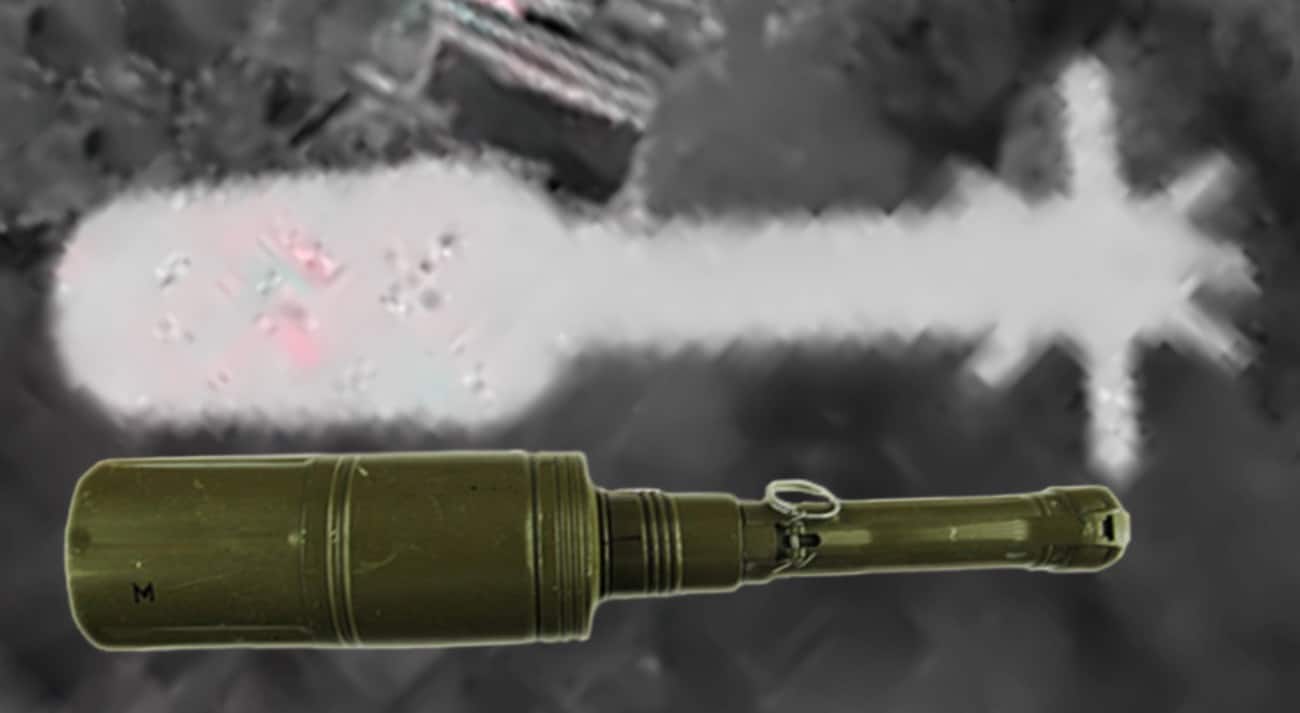 Comparison of the ammunition from the video and RKG-3

RKG-3 is designed to destroy tanks, self-propelled artillery and other armored vehicles, as well as to destroy defenses.

We remind that Ukrainian Mayak Plant enterprise has developed a more professional approach to convert RKG-3 hand grenade into bomblet for drones – an unguided RKG-1600 ammunition. The energy of the RKG-1600 hollow charge is able to penetrate the lightly armored object when attacking from above. 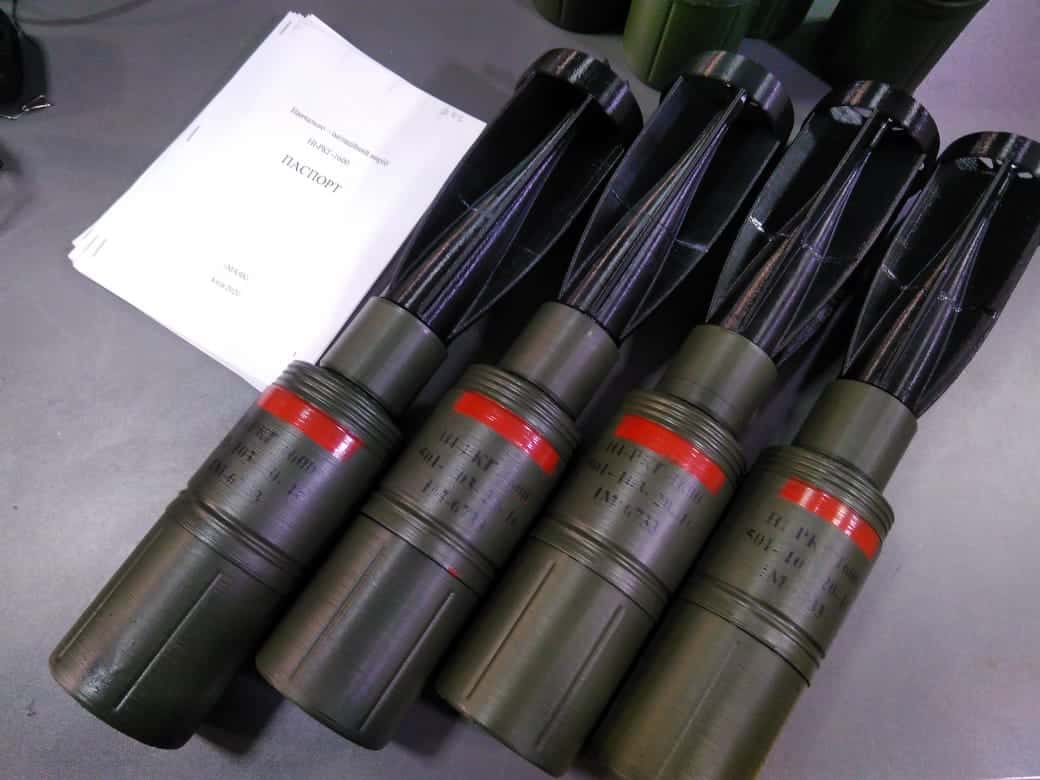 RKG-1600 accuracy allows it to hit targets one square meter in size when dropped from 300 meters altitude, – said the enterprise representatives.

The manufacturer claims that the RKG-1600 can damage bases, dugouts and other underground fortifications with its powerful hollow charge that pierces the embankment with its concrete or wooden elements.