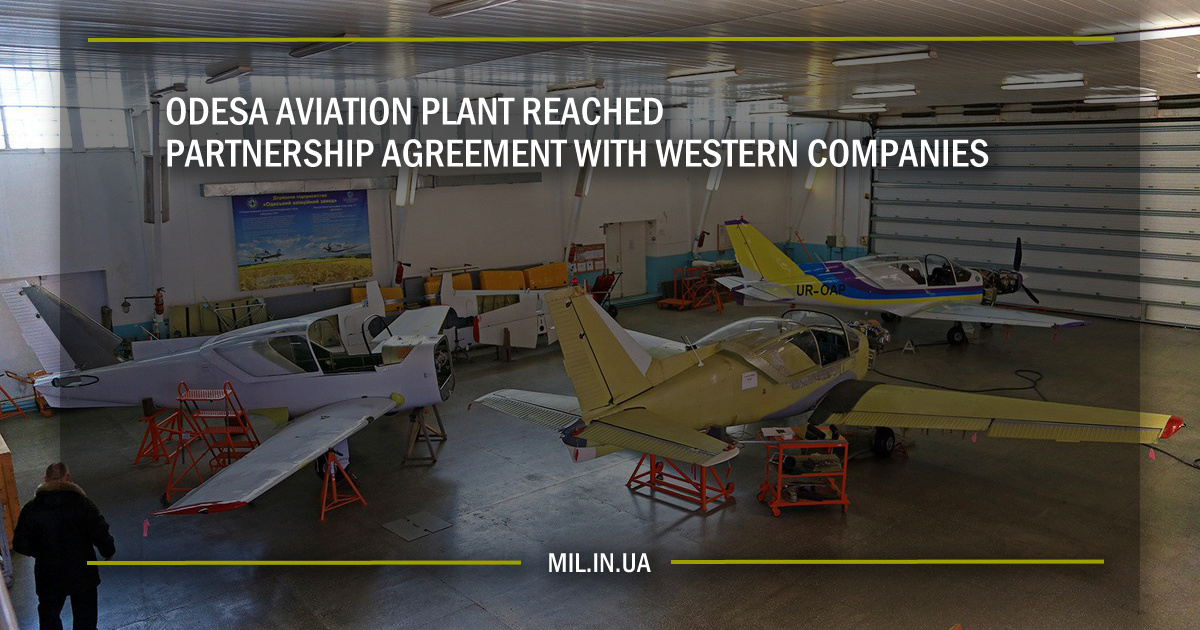 State Enterprise “Odesa Aviation Plant” reached an agreement with American company Aviastar Invest Corp and DISTAR CZ a.s. from the Czech Republic, to start cooperation in the development and production of aircraft in Ukraine.

This is reported by the press service of “Ukroboronprom”

Also, the companies agreed to establish an international Regional Service Center for the current and major repair of aircraft and helicopters, as well as the introduction of a number of procedures and processes in the context of organizing training for cadets and pilots under the current NATO programs.

“International cooperation in the field of aviation is the basis for the development of Ukrainian airlines. Ukraine is one of the few countries in the world that can build airplanes and our task is to combine Ukrainian design and production facilities with modern western avionics. This will effectively integrate Ukrainian aircraft engineering into the global system, “said Alexander Pashchenko, Deputy Director General of the State Enterprise” Ukroboronprom ” commenting on on aircraft development and production agreement.

The State Enterprise “Odessa Aviation Plant” is engaged in the repair and modernization of MiG-21, MiG-23, MiG-27, L-39 and Yak-52 aircraft. It also performs repair of units of navigation, radio-electronic, oxygen, special equipment and weapons of MiG-29, An-24, An-26 and Yak-40, engines R-11, R-195, AI-25TL, R-95Sh, M-14R, and other equipment for military and training aircrafts. In addition, the company manufactures multipurpose Y1 Dolphin aircraft.