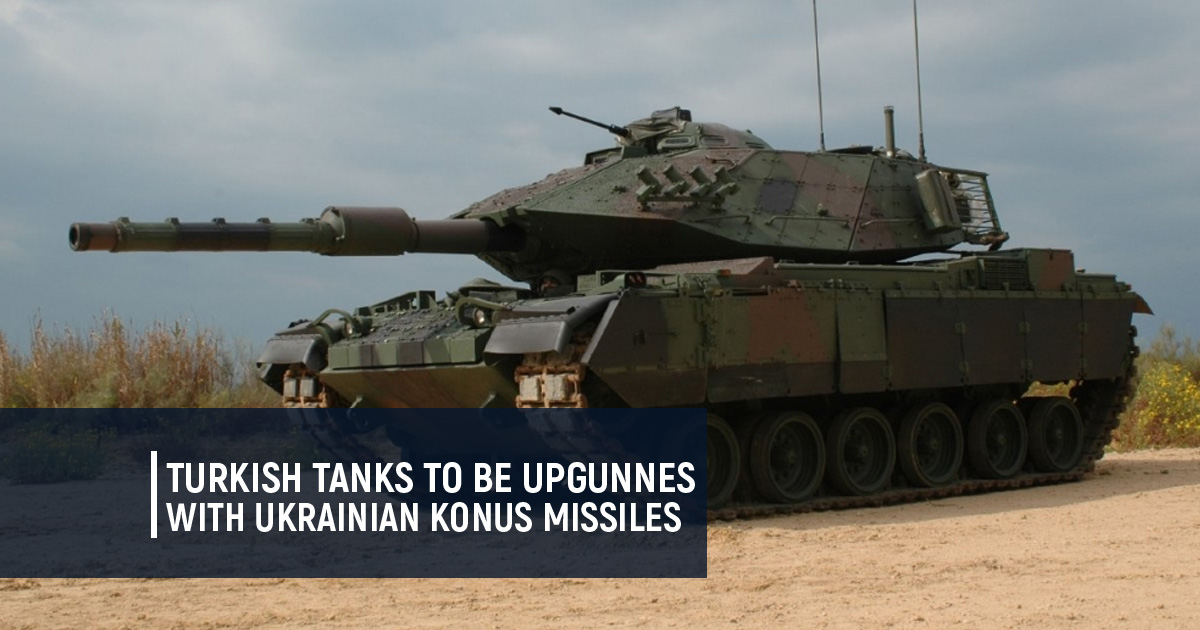 Turkish tanks to be upgunnes with Ukrainian Konus missiles

The first step will include delivery of the «Konus» 120mm missiles and assosiated homing equipment and further integration with Turkish main battle tanks. Later, after technology transfer, Ukrainian missiles will be produced at MKEK’s facility.

Contract initialing freezes contract cost, lead time and other provisions. Final contract will be signed in the next few weeks followed by production start.

«Konus» guided missile was developed by the State Enterprise “State Kyiv Design Bureau “Luch” and is intended for use with 120mm NATO tank main guns. Missile has a range of 5 km which exceeds an average tank main gun fire range. Missile’s dual warhead is capable of penetrating reactive armor or up to 800mm of armor.

In general, Turkey is one of the key Ukrainian defense industry partners. The two countries’ active cooperation has already brought to life some successful defense projects.