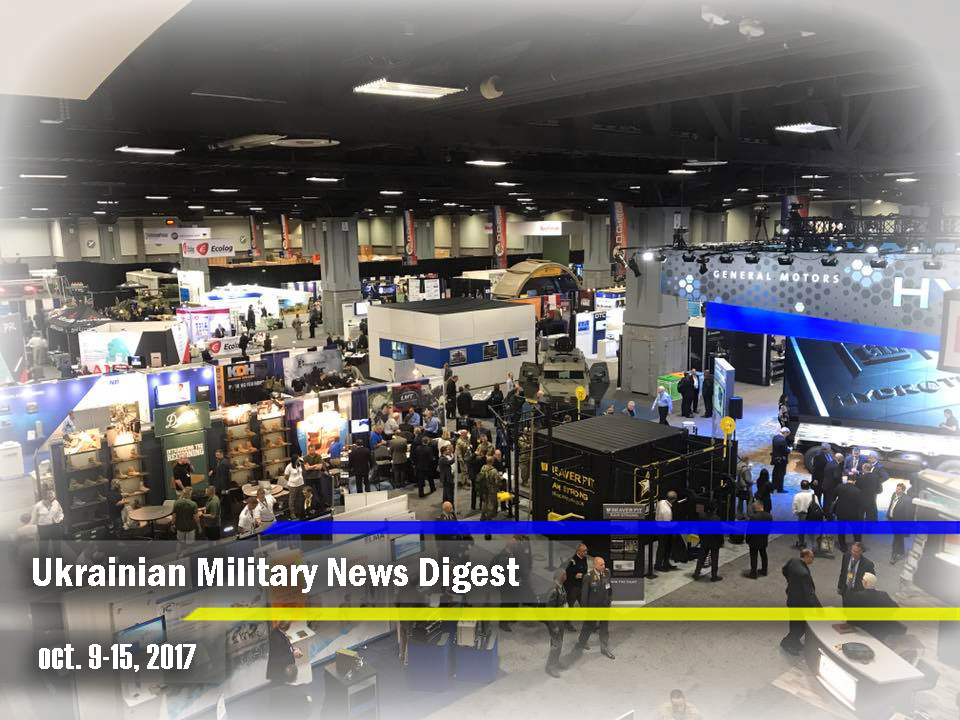 Available information is very limited, but according to the manufacturer the missile can travel at 5 Mach (6,125 kph). The missile is capable of in-flight maneuvering, its announced range is about 300 km.

In previous years “Pivdenne” DB was presenting its “Korshun” cruise missile at the exhibition. “Korshun” range was limited to 280 km due to international treaties and obligations of Ukraine.

“Korshun” warhead weight is 480 kg, which is even enough to engage defended strategic objects. Missile dimensions make possible transportation of quadruple missile pack by a wheeled prime mover as well as installation on smaller vessels. An upgraded version of the BTR-4 armored personnel carrier, BTR-4MV, was presented at this year’s “ARMS & SECURITY – 2017”. The upgrade was first announced in February 2013:

The upgraded vehicle has the following distinctive marks:

Last year “Duplet” was announced as a modular turret system for infantry fighting vehicles, but at this year’s exhibition “Duplet” was presented mounted on a T-64 tank chassis. Compared to a BMP the new variant has much better protection level.

Fire support vehicle is capable of engaging personnel as well as tanks, fighting vehicles, pillboxes and other protected objects. The new BRDM-NIK’s hull is much more spacious compared to an old BRDM-2 and is armed with a modular turret system incorporating a 14.5mm and 7.62mm machine guns. Due to the new IVECO 150 h.p. engine an 8.2 ton vehicle can cruise at 100 kmh. The new digital radio station provides reliable and protected communications. The turret used is identical to the Soviet type AK-630 while the 30mm rotary cannon is manufactured by “Kuznya na Rybalskomy”.

The Soviet AK-306 30mm naval close-in weapon system is designed to engage aerial targets within a range of 4,000m and surface targets at distances up to 5,000m. The new “Bastion-3” consists of a 220mm 9K57 «Uragan» rocket system mounted on a KrAZ-63221 6х6 truck platform instead of the original ZiL-135 8х8 truck. The new chassis is more economic and has higher service life.

Due to financing problems the Ukrainian Armed Forces have chosen a budget friendly 9K57 «Uragan» modernization program which includes replacing the engines with diesel engines made in Belarus. This measure decreased fuel consumption from 150 to 80 liters per 100 km.

9K57 «Uragan» is intended to engage surface targets at a distance of 35 km. According to information from the manufacturer its equipment may be used for production of ammunition of various calibers, 5.45х39 AK-74 or 5.56х45 NATO.

The announced line is ready for installation, adjusting and launch. The only missing components are powders and primers. The latter are manufactured by KP «Impuls». Ministry of Internal Affairs of Ukraine and «Aselsan» company (Turkey) have signed a contract for delivery of communication systems for Ukrainian National Police for a total of $43,6mln.

On behalf of the MoIA the contract was signed by Arsen Avakov, the Minister of Internal Affairs, who commented as follows:

«After a long and hard work we finally signed a contract with «Aselsan» for delivery of communication systems. The competition was between few world leaders. But the «Aselsan» made the best offer in terms of quality and quantity».

ASELSAN – is one of the biggest companies of Turkish military industry operating in five main areas:

Company products are exported to over than 60 countries on five continents.

Ukraine to show its weapons at «AUSA-2017» exhibition in USA As a joint initiative of the Embassy of Ukraine to the USA and SC “UKROBORONPROM” Ukraine was first presented at «AUSA-2017» international weapons exhibition in Washington:

«AUSA-2017» is the biggest international platform for 600 participants from state and private defense companies from around the world. Two Border Guards officers were reported missing in Sumy region last week on a border monitoring mission. Russian media immediately reported detention by the FSB of two trespassers claiming to be the officers of the Sumy post. Two officers are arrested for two months by the Russian court according to Oleh Slobodyan, the speaker of the State Border Guards of Ukraine.

The Border Guards speaker supposed that Ukrainian officers were kidnapped as the border patrol rout examination has shown the signs of two ambush groups.

The best guess is that Russian side has kidnapped Ukrainian officers for further exchange for their captured servicemen. As we previously informed a new brigade camp for 2,400 men is constructed at combined arms exercise range.

According to the newly announced information the construction was launched on September 27 and there are some more details from the Military channel program:

The total cost of the construction is about 140mln UAH, it includes 5 barrack buildings for 480 men each, premises for female personnel, HQ, sports and dining facilities.

Three objects will be finished till the end of the year, the rest are scheduled to be finished in 2018.

A similar brigade camp is being constructed at 235th interagency unit training center, the construction will be finished by the end of the year. 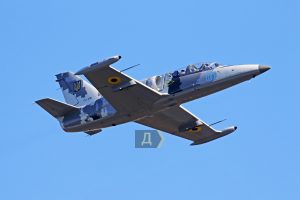 The first and the only L-39 trainer jet was overhauled and upgraded for Ukrainian Air Force in Odesa this year, reports Dumskaia.
«Odessa aircraft plant» Aviation L-39 Odesa
3 December, 2021 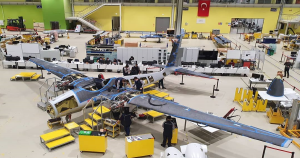 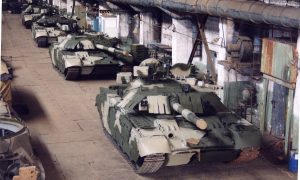