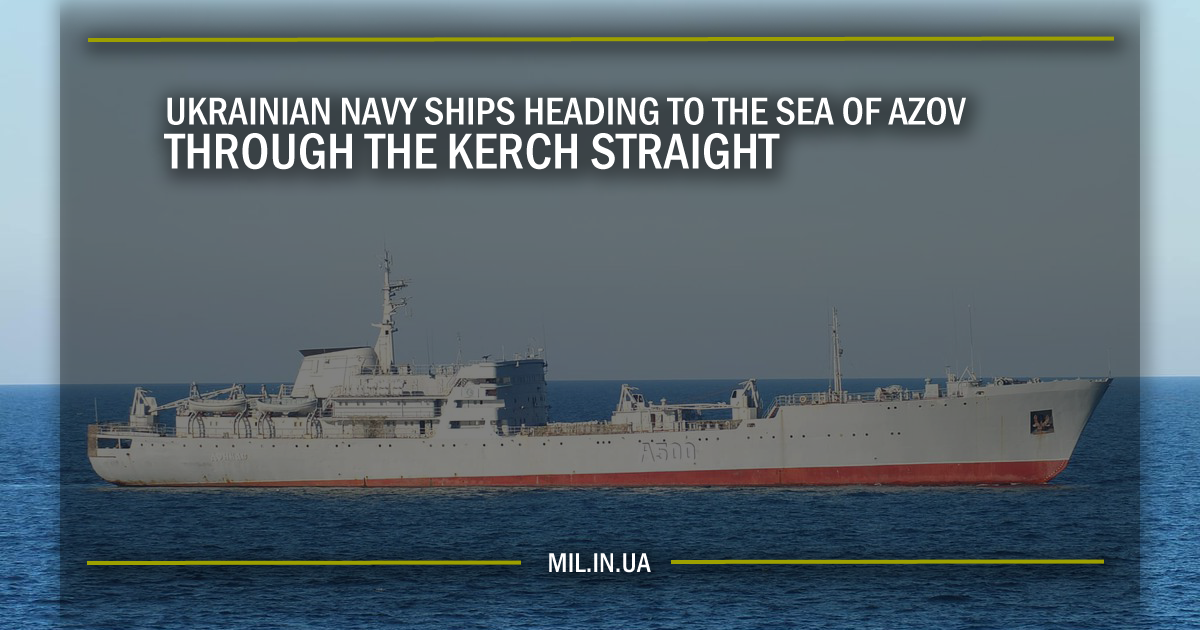 Thursday, September 20th, A500 «Donbas» search and rescue ship and A830 «Korets» sea tug left Ukrainian Navy Western base in Odesa and set to Berdyansk, where they are destined to become a part of the new Ukrainian Navy base in the Sea of Azov.

According to Ukrainian Military Portal with reference to its own sources.

According to Ukrainian Military Portal sources Ukrainian A500 «Donbas» and A830 «Korets» are about to enter the Sea of Azov at 15.00. As of now they are still escorted by two Russian patrol boats.

P177 «Kremenchuk» and P178 «Lubny» small armored artillery boats left Berdyansk and set to the Kerch straight to rendez-vous A500 «Donbas» and A830 «Korets» and escort them to base. These boats were redeployed to the Sea of Azov in early September.

The Boeing RC-135 is a family of large reconnaissance aircraft used by the United States Air Force and Royal Air Force for intelligence data collection, analysis and dissemination.

According to Ukrainian Military Portal A500 «Donbas» search and rescue ship and A830 «Korets» sea tug have reached the bridge connecting the Taman peninsula with the Crimea.

Ukrainian ships are supposed to enter the Sea of Azov through the Kerch straight controlled by the Russians. According to the Treaty dated 2003 the Sea of Azov is the inner sea of the two nations and agreeably civil and military ships under Ukrainian and Russian flags may freely pass through the straight and enter their home ports.

A500 «Donbas» та A830 «Korets» are passing the Crimean coast on their way to Berdyansk.

The aforementioned treaty was previously frequently used by the Russian Federation and now due to the current Azov crisis Ukrainian Navy Command too decided to use it according to its today’s needs.

“This might be the first time when Ukrainian Navy is not confined to simply reacting to the Russian steps, but is setting the rules of the game. Previously our position was defensive and we had to play their game. Now it’s Russia to think about the next step and wondering how we may answer”, – says Taras Chmut, Head of the Board, Ukrainian Military Center.

«Donbas» is redeployed to support Navy’s infrastructure in the Sea of Azov. It may accommodate the HQ of the future base, personnel quarters, warehouses and other services the new base may lack.

“Should one estimate such activities of our military as a provocation against the occupant? I think this is a correct and consistent policy”, – added Taras Chmut

Despite of the previous plans to decommission «Donbas» due to its poor technical condition, Ukrainian Navy Command found a creatively different way to use the ageing vessel. Considering a complete absence of naval infrastructure in the Sea of Azov, the idea of bringing this ship the Azov sounds reasonable.

A500 «Donbas» was built at Szczecin shipyard, Poland in 1969 and was initially commissioned as «PM-9» floating workshop. Ships built in Szczecin were considered to be extremely tough and saw active use during Soviet Navy operations since early 1970s.

In 2000s the ship was reclassified as a command ship with all floating workshop equipment removed.

The ship was captured by Russian occupants in March 2014. On April 18, 2014 was transferred to Odesa.

«Korets» sea tug is intended to tow other ships and floating structures at sea. The ship was built by Yaroslavl shipbuilding factory (serial number № 403) in 1973 and later joined the Soviet Navy Black Sea fleet.

«Korets» and «Akkerman» together during Ukrainian Navy exercises

“Korets” is manned with the crew of “Cherkassy” mine sweeper which was left in Crimea due to enemy’s attack.

Plans were announced to reclassify the tug as a mine sweeper, but nothing is heard since that.

As we previously announced, P178 «Lubny» and  P178 «Kremenchuk» small armored artillery boats were delivered to Berdyansk on semi-trailers and started testing. 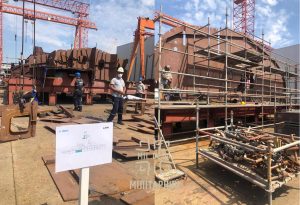 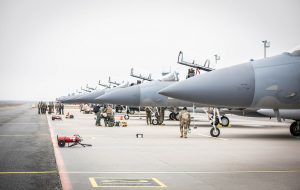 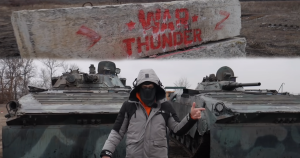