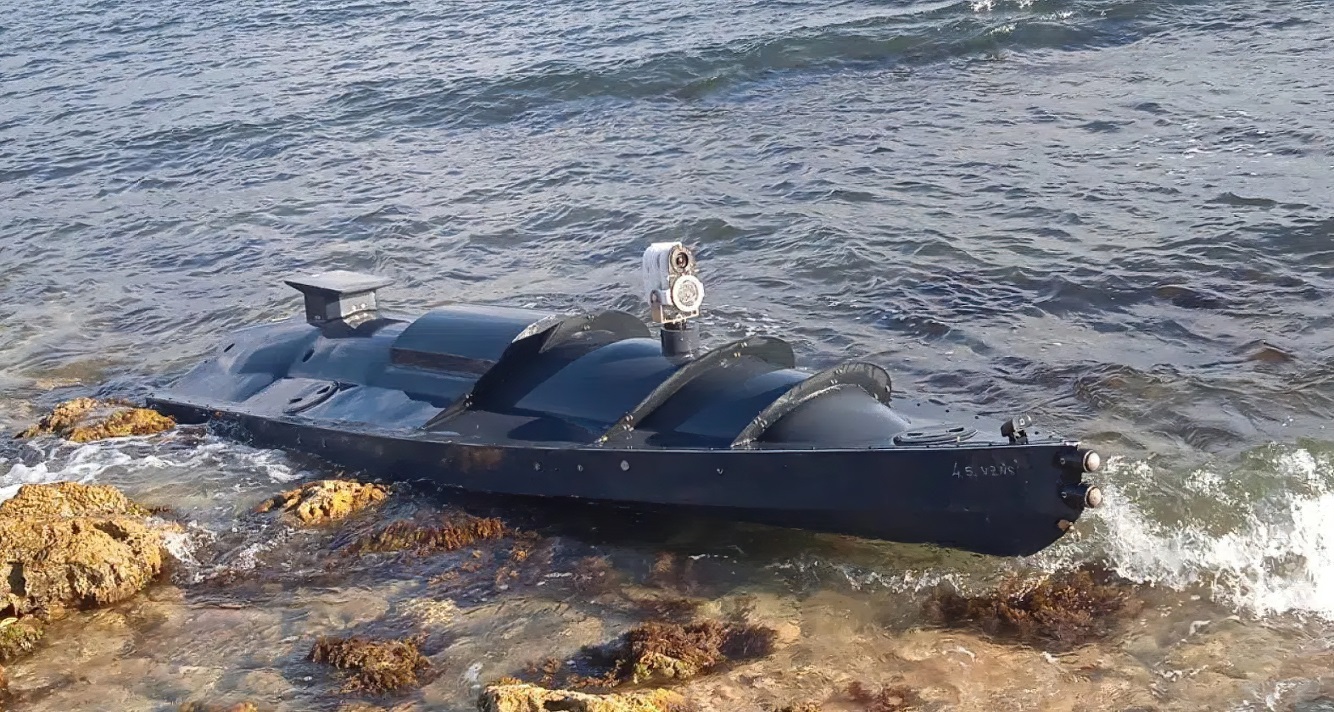 22 September, 2022 An unidentified explosion, reported to be the destruction of an unidentified surface drone. 09/21/2022, Ukraine, Crimea. Photo credits: social media

Mysterious surface drone found off the coast of Crimea

A military unmanned surface vehicle of an unknown type was discovered near the Russian naval base in occupied Sevastopol.

The drone detection coincided with a strong explosion in the Black Sea that was filmed by the eyewitnesses on the beach.

The representative of the occupation authorities of Crimea, Mikhail Razvozhaev, said that the vehicle was towed to the sea and destroyed.

“Today, part of a surface unmanned vehicle was discovered there. After the examination, the specialists destroyed it. The explosion was therefore heard by many [people]. There is no danger,” said Mikhail Razvozhaev. 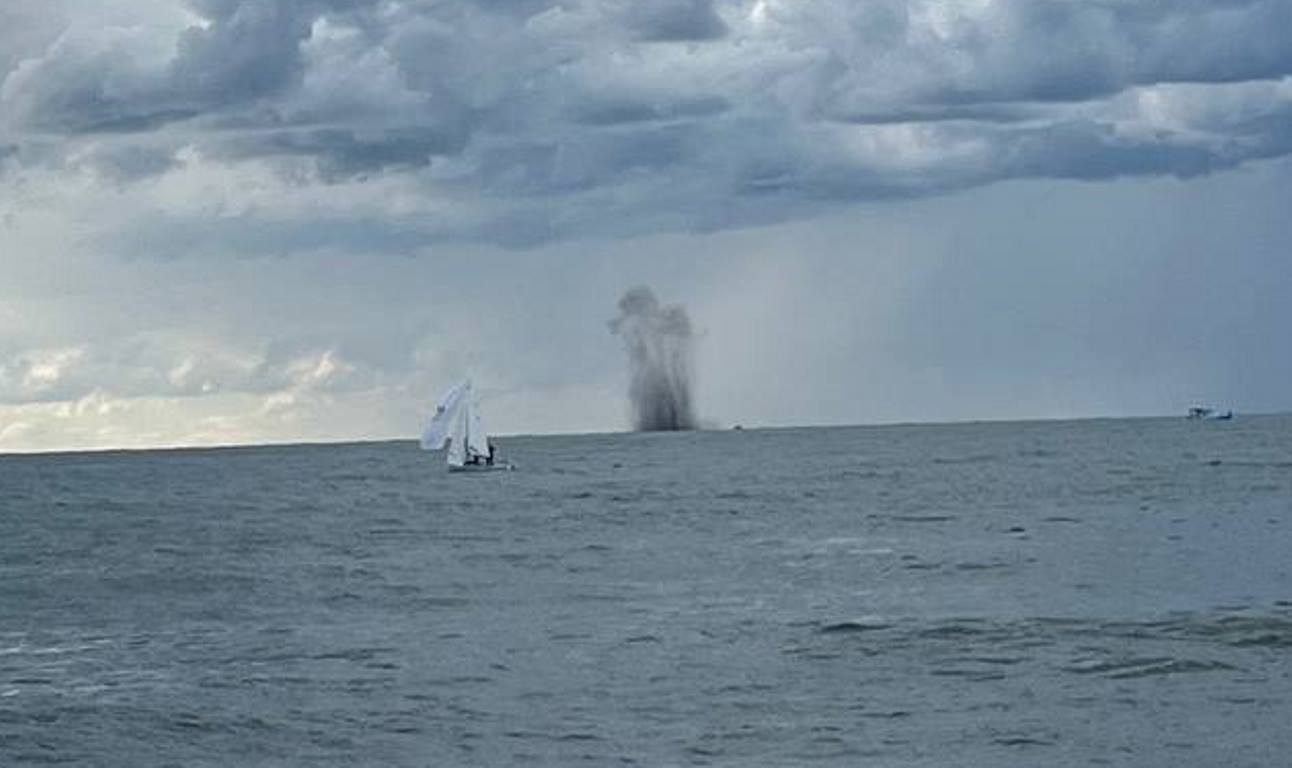 The unmanned surface vehicle can probably be controlled both manually using on-board television cameras and remotely via a satellite channel.

The flat, square-shaped object on the top of the boat, closer to its stern, is similar in some general terms to the SpaceX Starlink satellite internet antenna. This part can be an antenna connected to a communication/data exchange system. 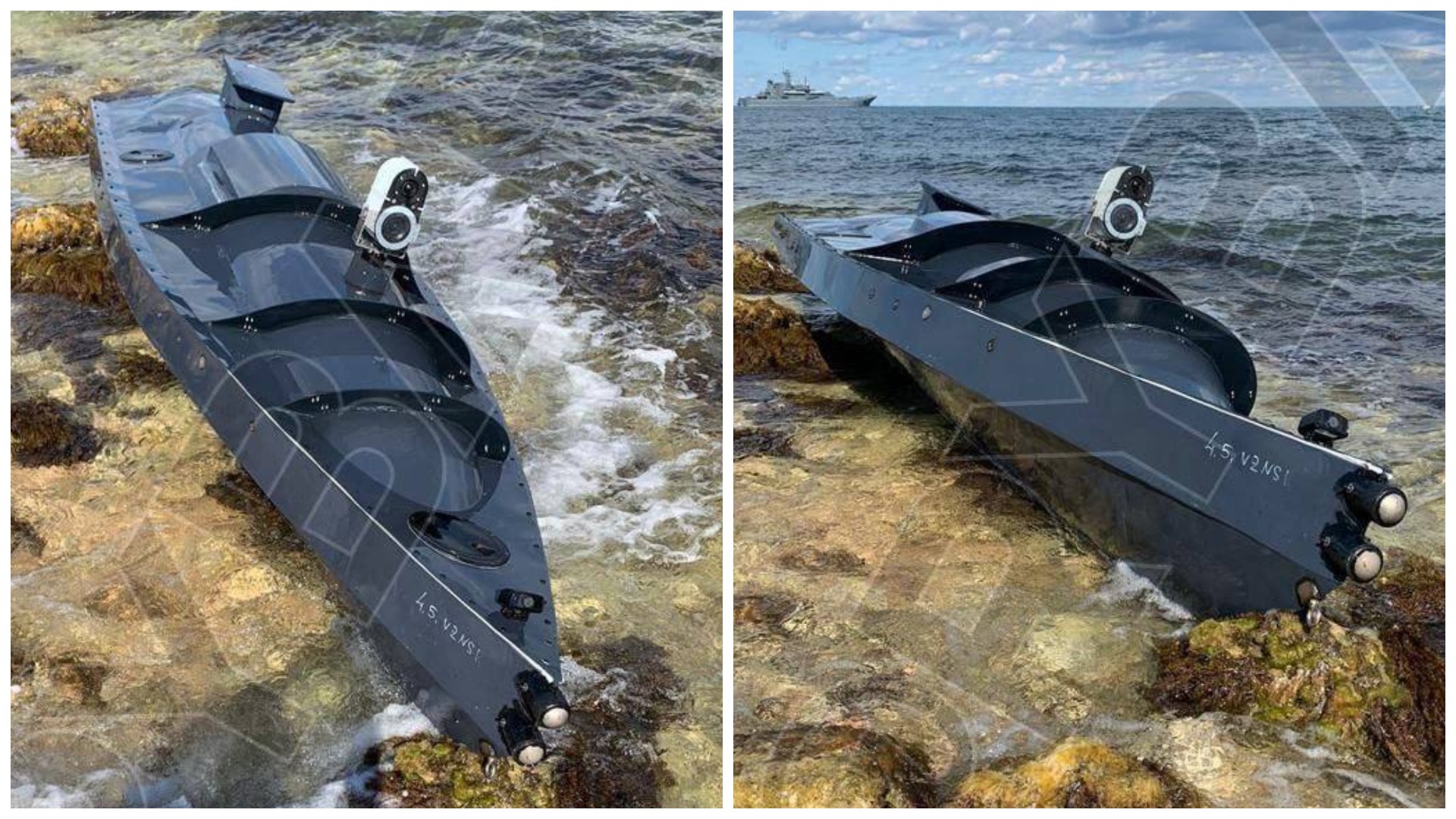 Marking in English indicates a probable producer: one of the Western countries.

The supply of unmanned surface vehicles for the needs of the Armed Forces of Ukraine was mentioned a few months ago, but the type of devices was not named.

The drone is powered by a single engine mounted inside, driving a controlled water cannon. This is for speed.

Such a small kayak-sized vessel is likely to have very little radar visibility. 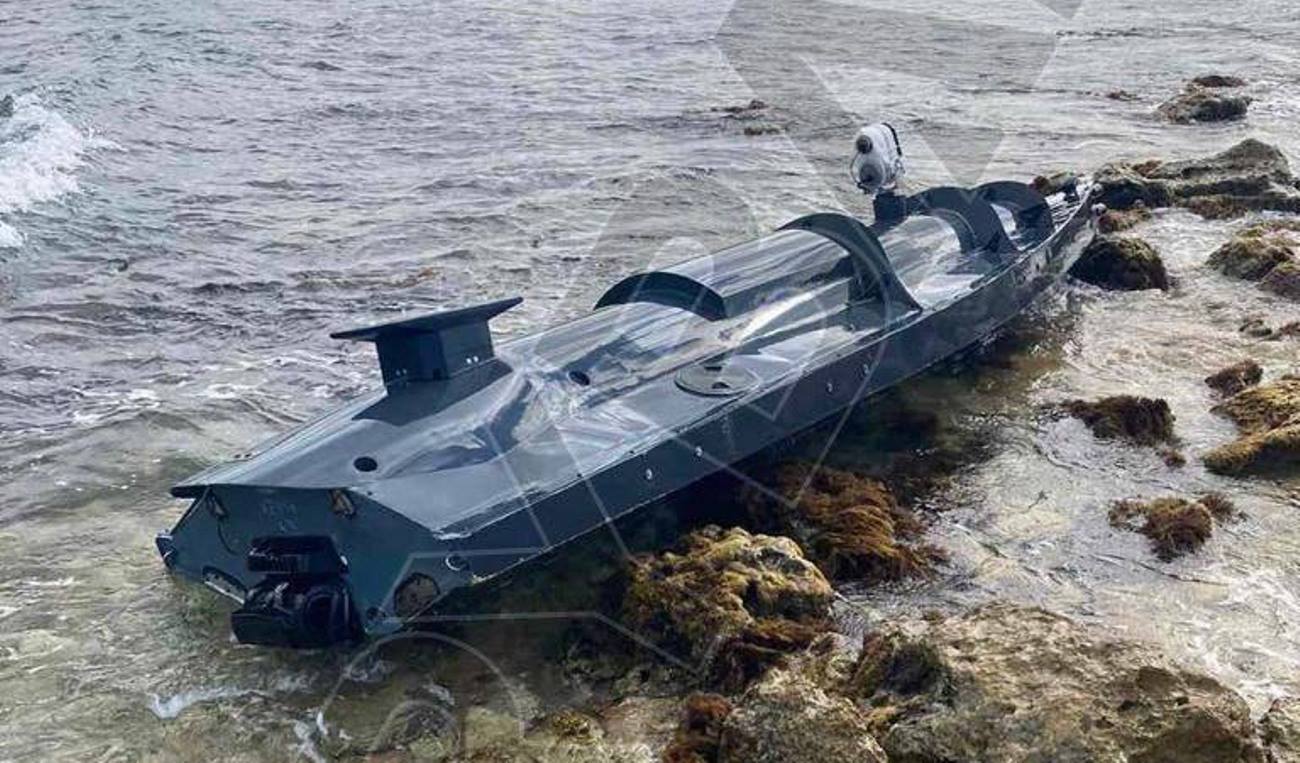 There are several sensors at the top. The primary ones are an infrared front-view device and a camera mounted on the mast.

It is probably the primary sensor for steering and situational awareness. Behind the camera is a flat antenna, possibly for navigation and communication.

The nose has a smaller camera or sensor that appears to be mounted forward. The nose has two front sensors.

Presumably, its curved shape with external reinforcement suggests the presence of an explosive.

Analysts suggest that the visual characteristics of the car are similar to a “kamikaze” type drone with a detonating warhead. 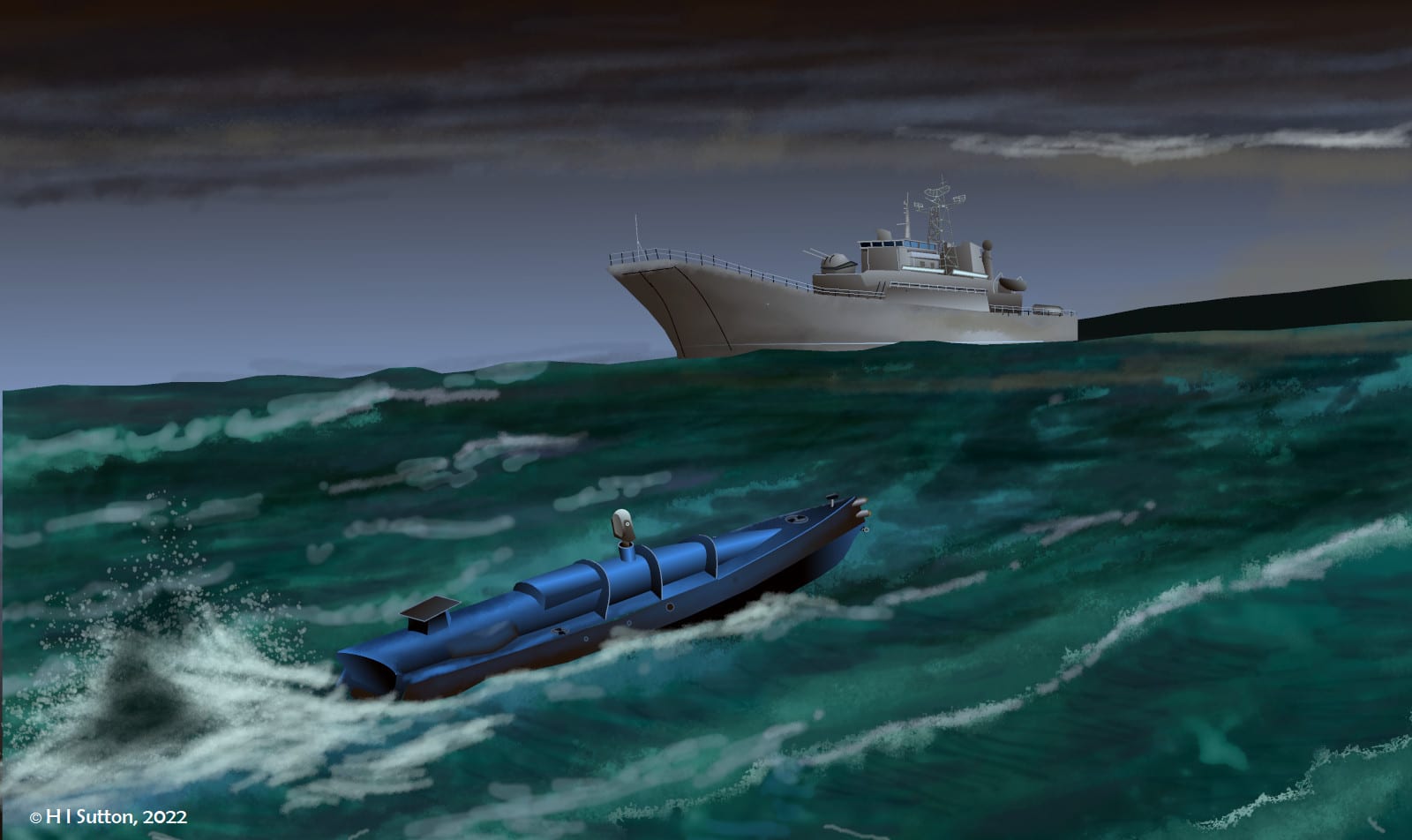 “The theory is that this device is designed to ram an enemy ship and blow it up. This also explains the group of sensors on the nose,” the analysts suggested.

The explosion in photos from Sevastopol also confirms the assumption that there were explosives in the drone, but it can’t be excluded that the device was taken for study.

It is also can’t be excluded that the drone is used for surveillance and reconnaissance missions. 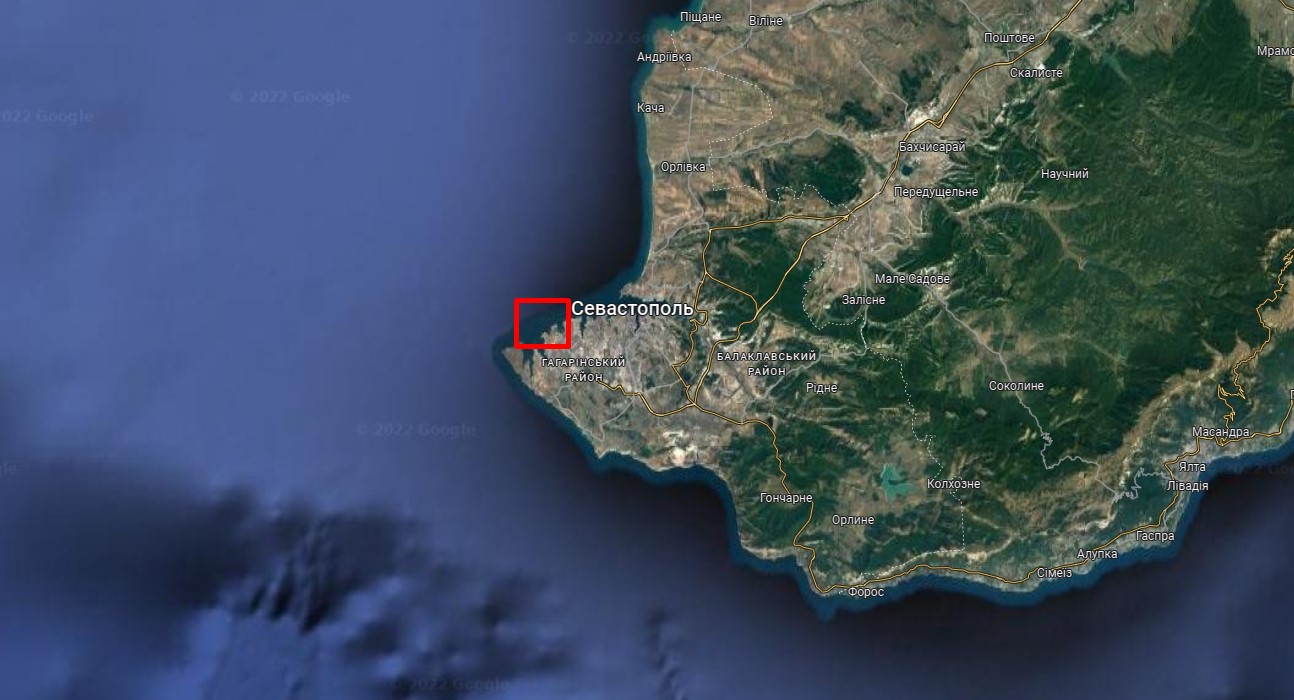 This unmanned surface vehicle can provide valuable information ahead of a special forces mission.

It is likely able to provide additional situational awareness during its conduct and assist in assessing the post-mission situation.