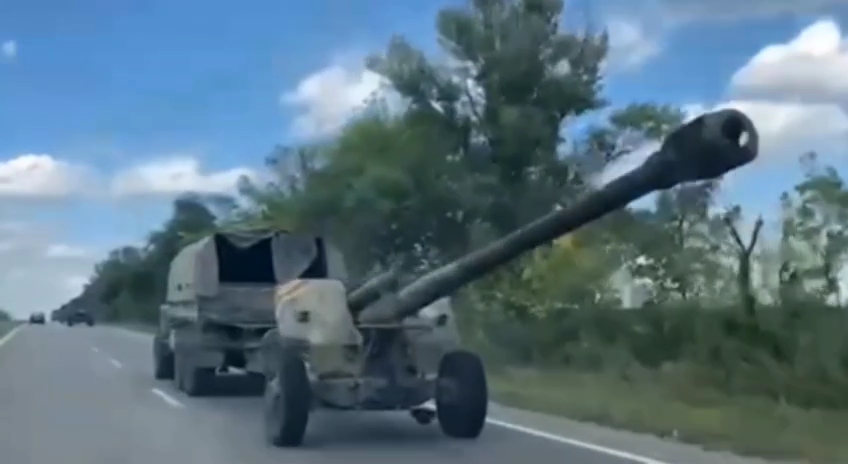 9 September, 2022 Column of the 3rd Army Corps of the Armed Forces of the Russian Federation with the Msta-B towed howitzer

The armed forces of the Russian Federation involuntarily transfer units of the 3rd Army Corps to the Kharkiv Region to counter the Ukrainian offensive.

Russian media released footage featuring a column of military equipment moving to reinforce the invaders in the Kharkiv Region.

It was only light armored vehicles, engineering vehicles, personnel trucks, and towed howitzers that were observed in the column.

The footage shows various groups of the Russian army. The equipment is marked with the tactical insignia of the groups of troops operating in Donbas – “O”.

There is also equipment from the newly formed 3rd Army Corps of the Armed Forces of the Russian Federation. A circle in a triangle is a characteristic sign of this group. 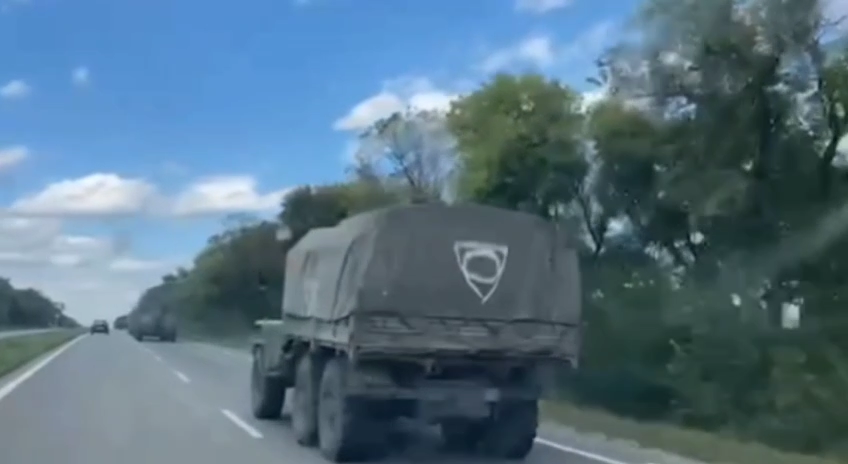 Previously, it was expected that Russia would use the forces of the 3rd Army Corps to develop the offensive in the Donetsk Region. However, after the start of the counteroffensive actions of the Armed Forces of Ukraine in Kherson and Kharkiv Regions, Russia is forced to “smear” the newly formed units assembled with difficulty and probably abandon their previous plans.

Russian media also claim that heavy Mi-26 helicopters will be used to deliver personnel to the front line in the Kharkiv Region. 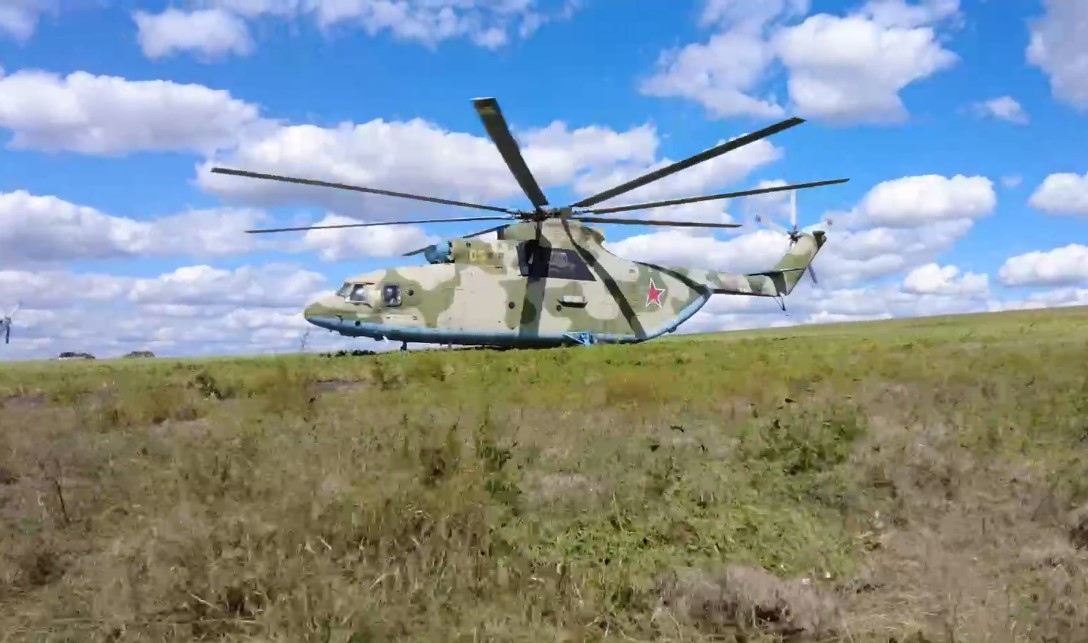 As previously reported, the Armed Forces of Ukraine reported on the liberated Balaklia.