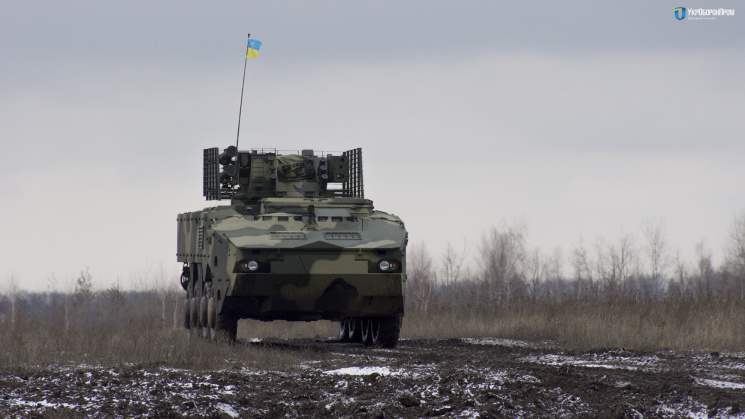 A one-of-a-kind demonstration sample of the state-of-the-art Ukrainian BTR-4MV1 armored personnel carrier is participating in the battles in the Kharkiv region.

BTR-4MV1 was designed by the Kharkiv Morozov Machine Building Design Bureau, which is a part of Ukroboronprom.

This armored personnel carrier is a new stage in the development of the experimental BTR-4MV model, which, in turn, was an upgrade to the serial Ukrainian BTR-4E, in which the approach to armoring the vehicle was seriously revised based on the experience of combat operations in the east of Ukraine in 2014-2015. In the process of the research work, a new body of the armored personnel carrier was developed. Thus, the BTR-4MV1 received better protection for which the modular reservation method was implemented.

For the first time, the BTR-4 in this version was presented at the “Weapons and Security-2017” exhibition.

The visual features of the BTR-4 in the МВ1 version were a characteristic monolithic armored plate, installed instead of the standard for the armored personnel carrier front windows at an acute angle, and a new ramp in the stern, which replaced the usual armored doors.

Despite a much higher level of armor protection and a number of upgrades, this armored personnel carrier had a somewhat archaic undercarriage design, problems with cross-country ability, and layout deficiencies. Because of this, the Ministry of Defense of Ukraine was not interested in this development.

However, in February 2021, a photo from the Kharkiv airport was published online. The users noticed a vehicle painted in desert camouflage being loaded onto a plane. The Kharkiv Morozov Machine Building Design Bureau was then transporting its experimental BTR-4MV1 to the UAE, where the vehicle was to be on the stand of the Ukrainian delegation in Dubai as part of the IDEX-2021 defense exhibition. 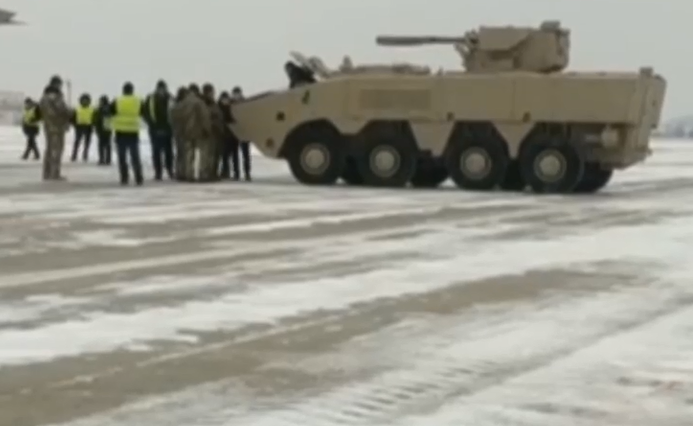 The first confirmation of the vehicle entering the battlefield first appeared in March 2022. Back then, the armored personnel carriers were spotted in battles on the outskirts of Kharkiv. The equipment was assigned to the 5th Slobozhan Brigade of the National Guard of Ukraine. 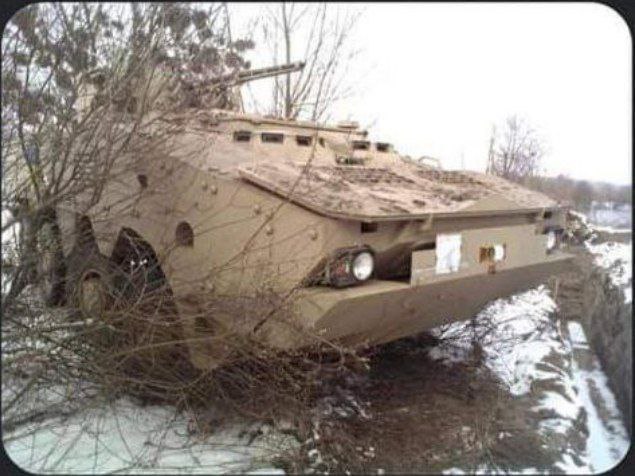 A week prior, a prototype of the Kevlar-E infantry fighting vehicle, handed over for the needs of the Ukrainian army by the Kharkiv Transport Equipment Plant, was spotted in Kharkiv.

Later in October, this armored personnel carrier was again spotted in the Kharkiv region. This time it was painted with green camouflage on top of the factory “desert” camouflage and marked with Ukrainian recognition signs. 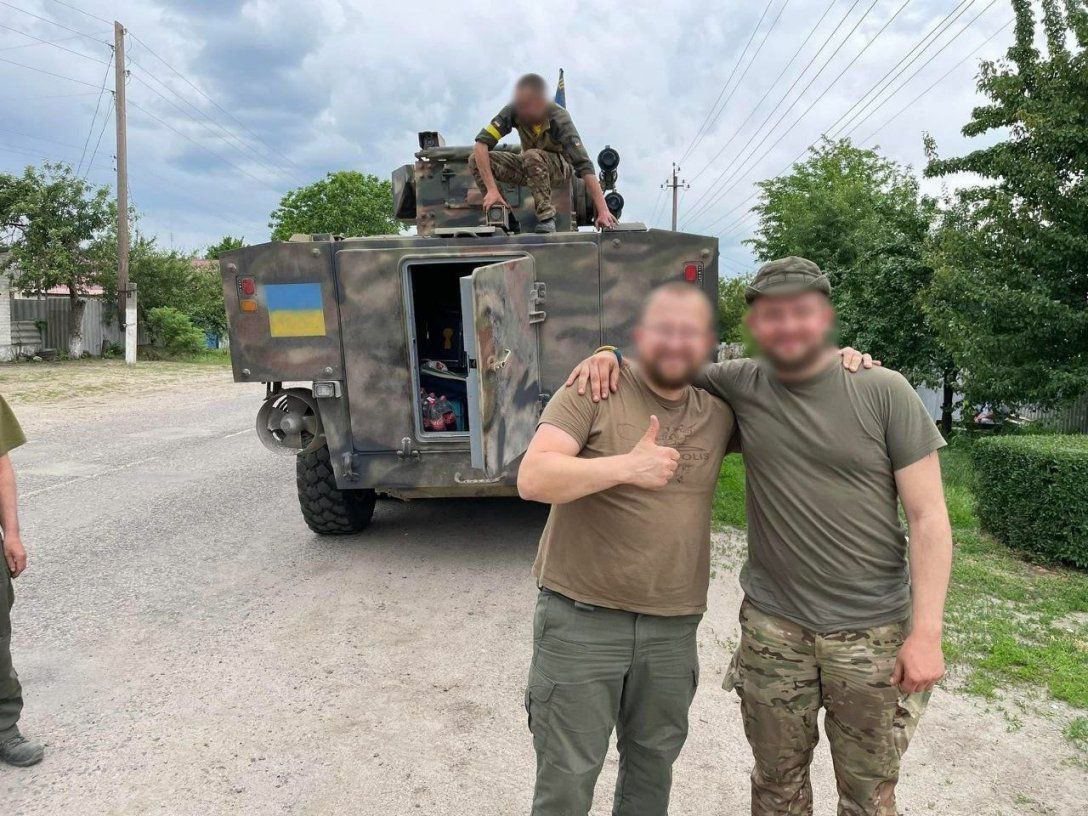 The photos featuring the BTR-4 were again released during the so-called Balakliia-Kupiansk offensive operation, during which the defenses of the Russian troops were breached and approximately 2,500 square kilometers of Ukrainian territory were liberated.

The armored personnel carrier was also spotted after the battles in newly liberated Izium.

A little later, the vehicle was spotted in the Kupiansk city center when the Ukrainian troops entered the city. This APC could be recognized by its characteristic armor, and the flag painted on the left side of it. 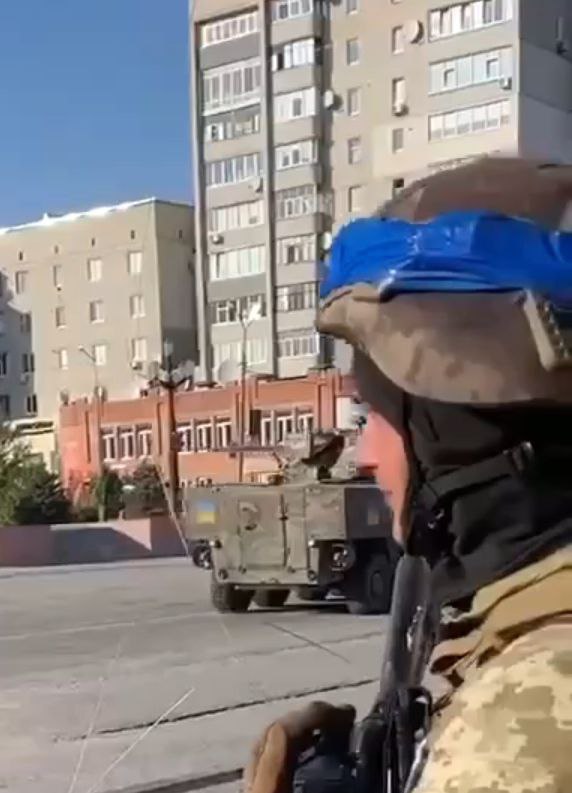 In October, the Tysk (Pressure – ed.) Telegram channel released a photo featuring the BTR-4MV1 along with the crew and the local population in one of the liberated villages in the Kharkiv region.

Thus, the combat vehicle produced by the Kharkiv bureau passed the baptism of fire in the first ranks and, so far, had a difficult combat path from the defense of the semi-encircled city of Kharkiv at the beginning of the year to the liberation of the entire region from the Russian invasion forces.