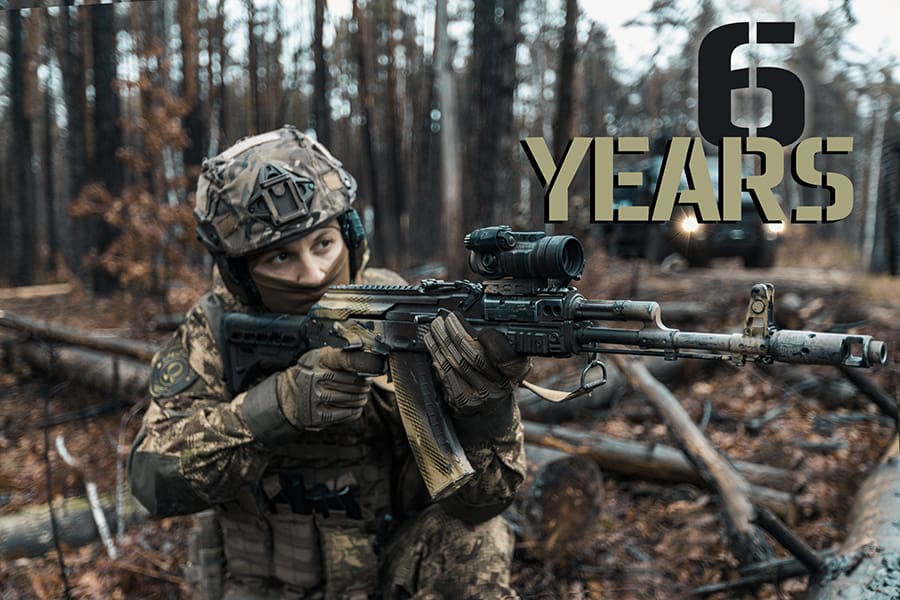 Documentary about the National Guard of Ukraine

For the 6th anniversary of the National Guard of Ukraine, a documentary about the military formation born of war has been created

The joint project chronologically shows how in 2014 the National Guard has responded combat aggression against the Russian occupation forces. The film demonstrates that the professional view of NGU servicemen is focused not only to Donbas region, but also to the rest Ukraine territories, where our personnel ensures public order and state key infrastructure protection.

The film describes the path of the National Guard since its foundation, the results of international cooperation, changes in personnel professional training and daily activities. Great attention is given to implementation of international norms and standards of partner states. In particular, the spectator will be able to appreciate combat capabilities that the National Guard has increased in recent years, achievements in the units’ material and technical maintenance, social protection of servicemen and their families’ members.

Almost 300 hours of filming military exercises, service and daily activities of personnel with involvement of tanks, helicopters and armoured vehicles. More than 1,000 gigabytes of various military scenes video from all over the country were used. 3 weeks of high-quality editing in order to show to audience the power of the National Guard, the history of its development and the main achievements as effectively it’s possible.

The film is published on the YouTube channel of the National Guard of Ukraine and on the official Facebook page as well.