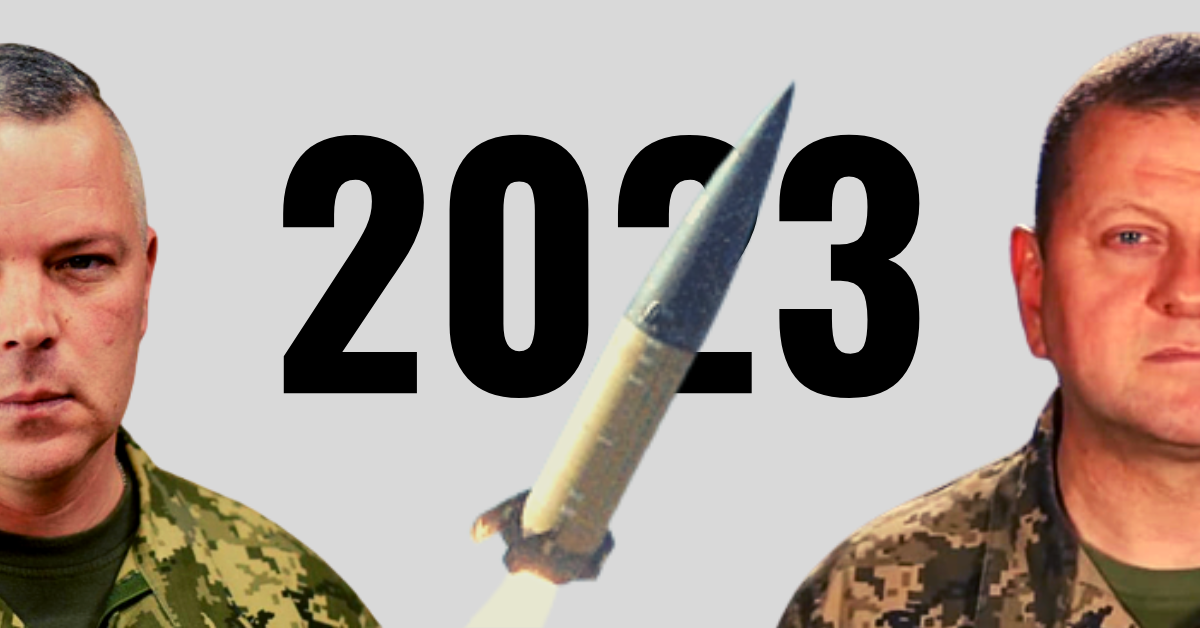 How Ukraine can defeat Russia already in 2023

On September 7, 2022, General Valeriy Zaluzhnyi, Commander-in-Chief of the Armed Forces of Ukraine, and Lieutenant General Mykhailo Zabrodskyi, First Deputy Chairperson of the Verkhovna Rada of Ukraine Committee on National Security, Defense, and Intelligence, released a joint article “How to Ensure a Military Campaign in 2023: Ukrainian Perspective”. Ukrainian generals presented a consolidated vision of the logic of victory over the Russian Armed Forces in 2023. Militarnyi offers its interpretation of the main points raised by our military leaders.

I. The hostilities comparable in intensity to world wars will continue in 2023
There have been no talks of any blitzkrieg for a long time. The active phase is already lasting longer than expected from 21st-century conflicts. The front line is thousands of kilometers long, and tens of thousands of pieces of equipment are involved. Over a million Ukrainians are directly or indirectly involved in countering the Armed Forces of the Russian Federation. The war will continue in 2023.

II. Russia’s future military goals are from Odesa to Kyiv
Russia wants to reach the administrative borders of the Donetsk region. The Kremlin plans to threaten Zaporizhzhia and Dnipro and capture most of left-bank Ukraine. The bridgehead on right-bank Ukraine became utmost attractive for Russia: from there, you can try to capture Mykolaiv and Odesa and in the event of Kryvyi Rih’s occupation, threaten the central and western regions of Ukraine. However, the danger should not only be expected from the south: there is still a threat of an attack on Kyiv from Belarus. Russia strives to deprive Ukraine of its access to the Black Sea and get the central element of the country’s energy system — the South Ukraine NPP.

III. For Ukraine to win over Russia, a consecutive or simultaneous series of counterattacks must take place
The 2023 campaign might become a turning point. For this, it is necessary to prepare and implement a series of counter-offensive strikes to reach the borders of Ukraine of 2014. The 2023 campaign will involve the de-occupation of Crimea. For this, a corresponding additional set of troops is required.

IV. Ukraine should form dozens of new brigades
To win, Ukraine needs to form one or more additional operational units of 10 or 20 brigades. No problems with staffing those units are expected. Establishing such a large number of new units requires the replacement of the main types of weapons. This is only possible with the help of allies.

V. Ukraine’s international partners should switch to planned production and supply of equipment and ammunition
Ukraine’s partners have to demonstrate the political will to form long-term plans and provide the Armed Forces of Ukraine with equipment and ammunition. The time has already come to focus not only on supplying their own armies but also to launch production for the needs of Ukraine.

VI. The de-occupation of Crimea will not mean a final victory over Russia
The Crimean peninsula is crucial for Russia in its war against Ukraine — it is the base of the Black Sea Fleet and a key link in logistics. However, the loss of Crimea will not deprive Russia of its key opportunities.

VIII. The feeling of impunity is the main factor that encourages Russia to continue the war
The Russian leadership and the majority of the aggressor country’s population are safe and have a feeling of total impunity for the unleashed war. And it was this sentiment that became key in their ability to continue aggression. If the sense of security and impunity is taken away from the Russians, it will bring the victory of Ukraine closer. But for now, the war has a “distant” character for the Russians.

IX. The parity of the capabilities of Ukraine and Russia is possible through the rearmament of missile forces and artillery, the Air Force, and the Navy
It is necessary to change the approach to providing military aid. It should be based on a comprehensive assessment of the capacity building of the Armed Forces of Ukraine. The missile attack on the Saky military air base in Crimea is an example that demonstrates the role of capacity building. It is necessary to increase the industrialization of missile forces, tactical aviation, and the fleet, and not just transfer a certain number of ATACMS missiles.

X. Even a nuclear strike will not break the will of Ukrainians to resist
The possibility of using nuclear weapons against Ukraine is not excluded, but it will not break the resistance. The countries of the world should react with their entire arsenal to Russia’s attempt to launch a nuclear war in Europe.