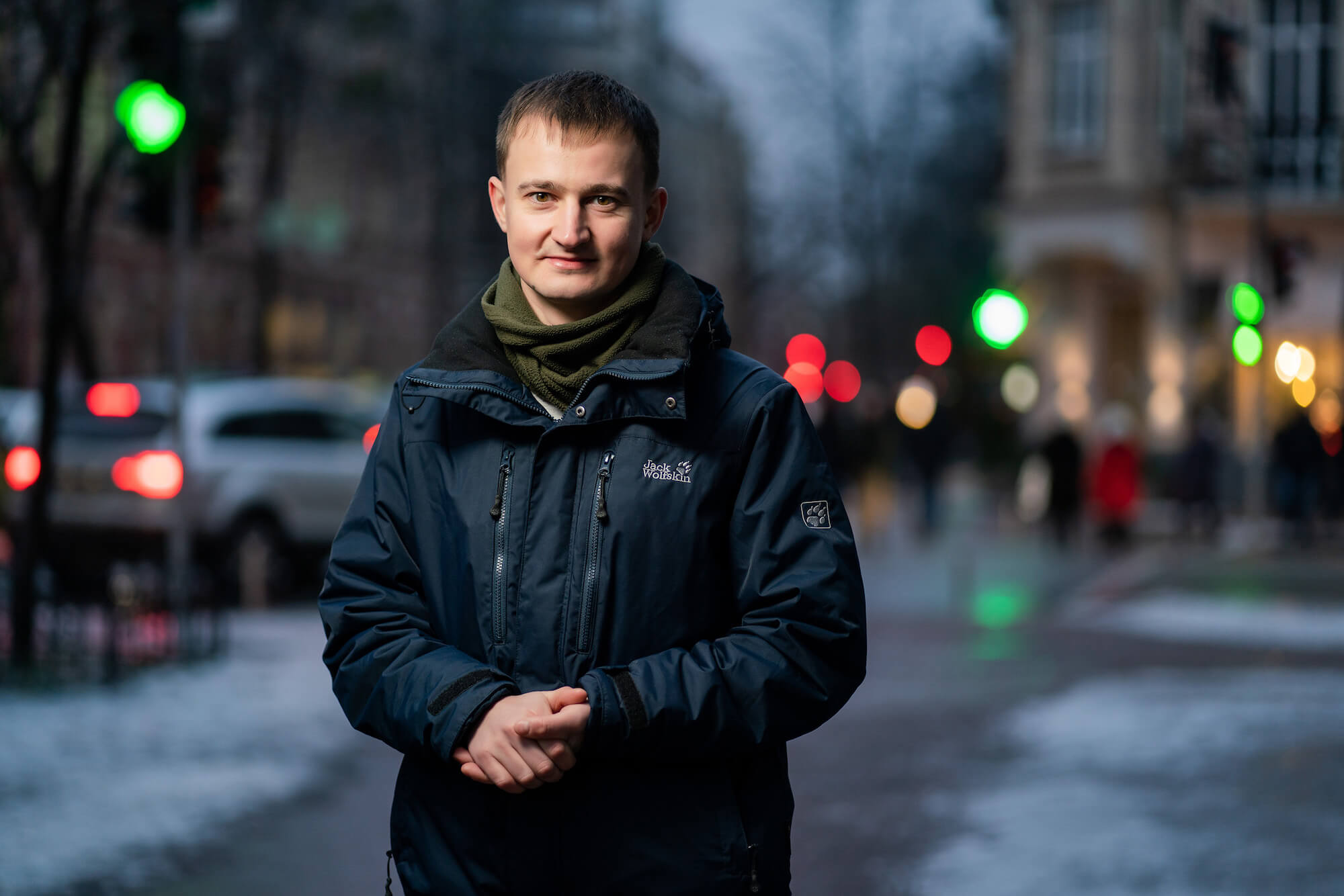 “We are investing in what allows us to destroy the enemy”. Interview with Taras Chmut from the Come Back Alive Foundation

Where does the money that Ukrainians send for the army go? Can you trust volunteers, and why are they still looking for bulletproof vests and thermographic cameras despite the strong military support from the West? Taras Chmut, Founder of Militarnyi and Head of the Come Back Alive Foundation, answered these and other questions in an interview with Yaroslava Kravchenko (published by NV).

“We have always had a specific direction in which we buy and sell – it is primarily technical means of surveillance and intelligence, vehicles, navigation, weapons, sniping, communications, and more specialized products or complexes, mobile artillery control points or air defense command centers. We continue to work in this direction, but we are now also covering the individual protective equipment.

We do not deal with: food, combat boots, underwear, socks, etc. We invest the money in what directly saves lives, helps destroy the enemy, or assists in being utmost effective”, says Chmut.

— How do you know what is needed?

— We have been professionally engaged in this field for eight years; we are in close contact with every brigade commander and every battalion brigadier in the Ukrainian army, with the General Staff and with the command of cyber troops, Special Operation Forces, and Air Assault Forces, etc. All these processes are always verified with them. Now, Special Operations Center and ALPHA have been added.

— This means they communicate their needs, and you provide assistance, if possible?

— No, not quite. Needs are being submitted differently – some go through Google Forms, some come directly from the Commander. For example, if something that is required is not supplied in three days, then the division would stop working in the interests of one of the areas of defense.

— What are the regions where the aid is sent to and distributed?

— Entire Ukraine. During the first five days, it was crucial to cover Kyiv and its outskirts, and Chernihiv. Then we started to supply for Sumy, Kharkiv, Luhansk, Donetsk, Zaporizhia, Dnipro, Mykolayiv, Cherkasy, Zhytomyr, Rivne, Volyn. In particular, the 19th Missile Brigade from Khmelnytsky was one of the priorities; it is the most potent weapon of the Armed Forces of Ukraine. Because if Tochkas are not working, all the body armor, helmets, first aid kits are just pointless. Therefore, if the Tochkas work, then Ukraine will be holding on! But if the points do not work, Ukraine hides many heroes. Respectively, our priority is to make the Tochkas work, which means providing them with everything they ask for.

— Can only the military apply? Or can civilians make requests as well? Can I ask for a helmet for my brother?

— We are working only directly with the military commanders, not lower in rank than the Commander of a battalion or a separate unit. Why is it like that? The Commander has a comprehensive view of the current situation in the unit; they understand what the weaknesses and strengths are, what is strategically needed. An individual serviceman knows what is happening only to himself, and the Commander understands a more complex story. It is more efficient for us to be providing at the level of units, such as the 3rd Regiment Kropyvnytskyi of the Armed Forces of Ukraine. Tomorrow, 200 helmets will be going to them, covering the whole regiment. Its Commander said: “We need 54 units for the staff military servicemen and some for the mobilized at the rear unit.” We handed them over to the Commander, and we know that the 3rd regiment is 100% equipped with helmets.

— When something is missing, is it reasonable to try and get it through other people, volunteers, “bring the village”?

— Absolutely! It is absolutely required. Help is coming, but it is not enough. Something will always be missing. This is how it was in 2014-2021. Today is the 12th day of the war, and in this time, we have done more than in the previous eight years. In twelve days!

It should be noted that the individual serviceman does not always understand the scale of the need. We will not be able to provide every single serviceman in Ukraine with a thermographic camera. There are 500,000 of them now, no one would be able to, and not everyone needs it. I want to emphasize this. They often ask, for example: “Give us 50 thermographic cameras for a territorial defense unit, for example.”

— And this is a wrong request?

— Completely wrong. We then reply to them, “We will give you four items because we don’t have thousands of them”. They are difficult to procure, it takes a long time to have them delivered (7-10 days), and we are officially working through the exporters and external procurement of the dual-use goods. In ordinary life, such purchases take several months. And here we have a truck with 2,650 new helmets worth UAH 29 million, which have officially entered Ukraine, all formalities observed, as the charity foundation purchase of dual-use goods from Europe. It took us seven days. If anyone can do it faster, please let me know.

— And when volunteers look for these four thermographic cameras and raise money themselves, can they do it and supply them faster?

— Yes, you can do it faster on an individual level. And you have to do it, and it is okay. You don’t have to wait for someone to do it for you. If there is an opportunity – do help. People who are are taking it on and trying to find items in Europe, bring them, buy, report for the funds are immediately taking the tension back from volunteers; they understand that it is extremely difficult, it’s not just pressing a few buttons in an online store.

— Does it happen that one day you give out the thermographic cameras, and the next day, for example, they were hit, bombed, smashed? Are the military instructed on how to handle these devices? What percentage of them is getting destroyed in the first days, and how often do you need to update the equipment?

— Each type of equipment is different. For example, sniping has been an instructor-required type for many years. Our instructors know all the top snipers in the country; there are several hundred people who work with all the platoons of snipers, all the brigades, plus the Armed Forces, plus Defense Intelligence, plus Alpha. Sniping is a closed club. Respectively, if someone asks us for the optics, ammunition, or a rifle, our instructor Ruslan who that serviceman is, whether they can use the full potential of this rifle, whether they really need such firearm cartridges or such optics – this is narrowly technical information. And this man is a specialist. If Ruslan says that this person needs two specific aims, we give them to them.

— So you are doing the checks?

— Yes. The other direction, namely unmanned aerial vehicles, employs two people who developed the air reconnaissance. Olesya, who was fighting at war for eight years, is one of them. There are different copters, there are expensive ones with the thermographic cameras for the night work, which we only give out to those who really can effectively work with them, and there are simpler ones – these can be given to the territorial defense units. If it lives through a week, that’s already good. We have already distributed over 500 pieces, but I am sure that most of them will not last for more than a week. Not because of the war events, but because of the lack of skills to use them. Before the aggravation, we were teaching people and would not give them out without a two-day training course. Now we have a line of 50 servicemen, and we can’t help but give them the equipment, because otherwise the journalists will come to us and ask the question: “Why didn’t you provide the copters if you had them?”. That’s why we are distributing, if not qualitatively, then at least quantitatively, and in this case, if one out of ten would work out, destroy a tank or infantry fighting vehicle, it will pay off the rest. 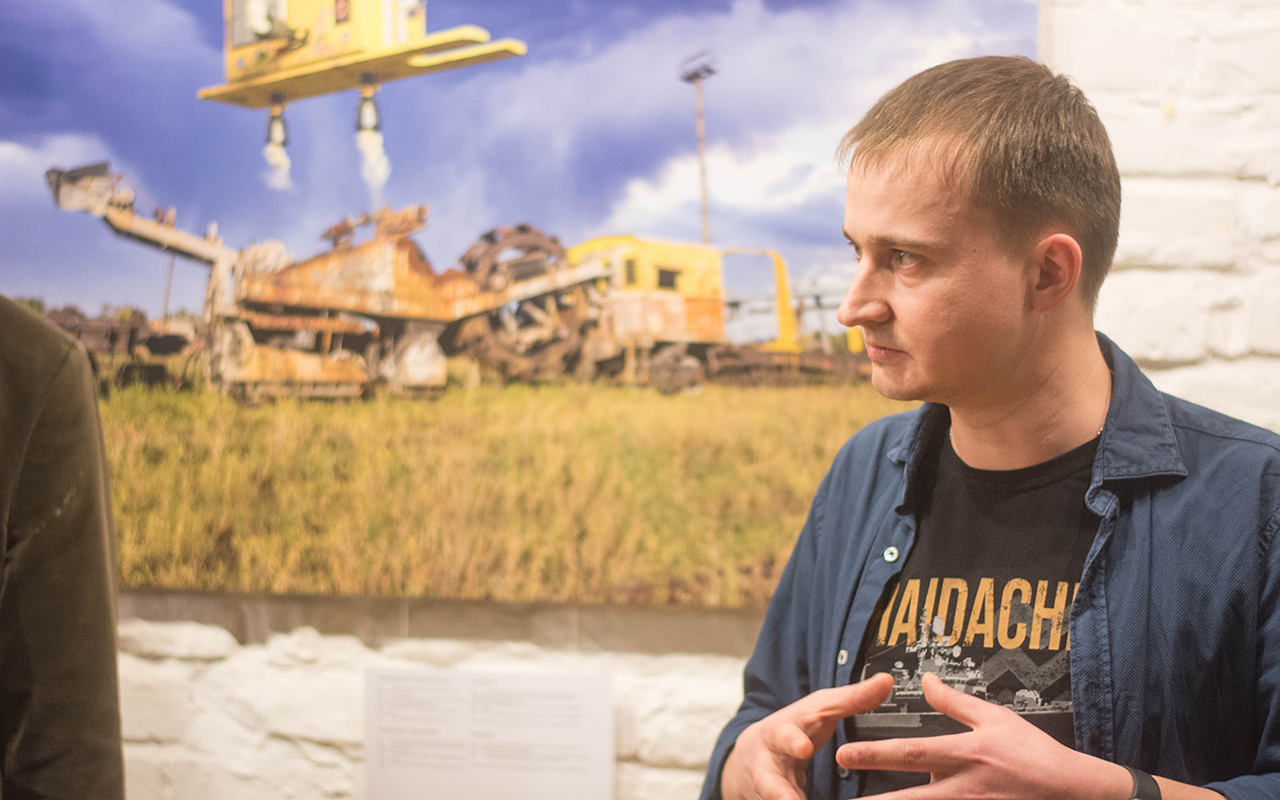 — Now, the entire society has become more active, and sometimes help can turn into white noise. What interferes with the Foundation’s work?

— Lots of personal inquiries are interfering! “For my son, husband, brother, matchmaker” or anybody else that needs us to deliver something to their department urgently. We are working with complex military formations and try not to close a million open holes. You need that? Then the Commander must submit an application.

One billion hryvnias or even a million dollars is a limited resource in times of war. We try to use it so that it gives the maximum result, and the example of Tochkas or air defense systems has shown that this is the right approach. You can buy a thousand bulletproof vests and distribute them to thousands of fighters. The best of the bulletproof vests and a thousand of the best equipment. Or you can use these funds to buy batteries for the artillery, and these cars will go out to the field and do the shooting. Artillery brings more utility than bulletproof vests and helmets.

Territorial Defense Units are of extreme importance, and it is a strategic direction. We have been developing it the entire last year and were creating a command center for them, which they now use, as well as a hotline to recruit reservists before the war starts and provide them with the deployment of military control. I am now sitting in the car, and we are driving ten vehicles to the territorial defense; I am waiting for the documents, and we will be taking the vehicles to each battalion in Kyiv so that they have their own transport.

We do invest in territorial defense, but the enemy is destroyed primarily by the artillery, aviation, tanks, mechanized units of the Air Assault Forces of the Armed Forces. This means the regular staff armed forces. If to choose between giving another 50 thermographic cameras to Kyiv Territorial Defense Unit, to which we have already delivered 300 of them, and giving 50 thermographic cameras to the 58th mechanized brigade, I will give them to the 58th mechanized brigade, which I did this morning.