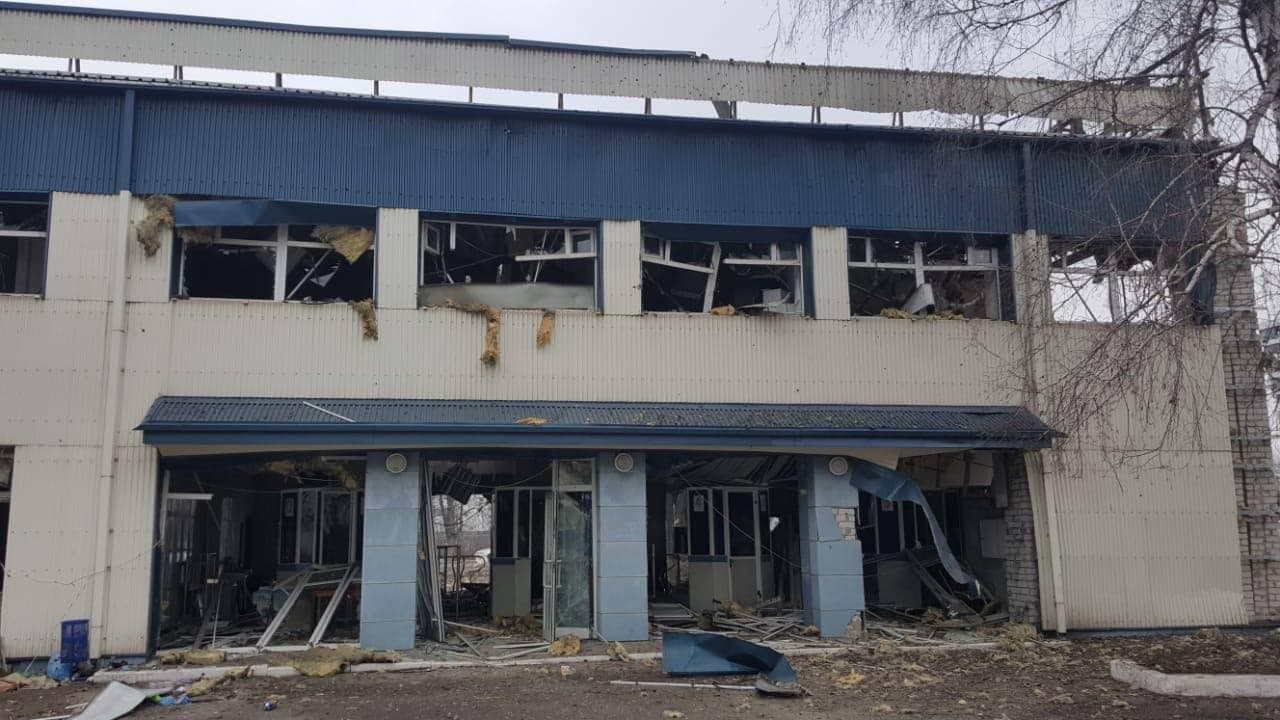 Russia’s invasion of Ukraine. Summary for the previous day as of March 1

As the Russian occupying army’s manpower is helpless to the Ukrainian people, they focused on artillery shelling and city bombing. Kyiv, Chernihiv, Kharkiv and Sumy regions withstood the strongest blow last night.

According to the General Staff of the Armed Forces of Ukraine, as of 6:00 on March 1, the losses in the ranks of the Russian-Belarusian occupiers number more than 5,700 people killed and wounded.

🔻 3 drones of operational and tactical level

The data can be clarified, because it is difficult to count while the fighting is going on, according to the General Staff.

Over the past 24 hours, the aggressor country’s troops have regrouped and launched air-to-air missile and bomb strikes on Ukrainian cities and infrastructure. The Russian army tried to land a tactical landing party, using sabotage and reconnaissance groups to attack civilian and military facilities in Ukraine.

This was reported in the General Staff.

In the Sivers’kyi region, the Ukrainian army is defending itself so that the enemy does not have a chance to advance into the capital from the northeast.
Some enemy SRGs appeared in the suburbs of Chernihiv and tried to break into the city with the support of Russian armored vehicles, but they were destroyed by Ukrainian defenders.

In other areas, tank and mechanized units of the Armed Forces of Ukraine with the support of aircraft and artillery continue to conduct defensive battles on the occupied borders. The Ukrainian military is killing the occupiers by all available means.

In Slobozhan’, the occupying forces of the Russian Federation are throwing manpower and military equipment into battle in order to wedge themselves into the line of Ukrainian defense and restore the previously lost positions. They are being destroyed by mechanized brigades and battalion tactical groups (BTGr) of the Assault Air Troops of Ukraine. They are capturing Russian army.

Defenders of Kyiv hold the outer borders of the defense and critical objects of state infrastructure, preventing the occupation units from entering the suburbs of the capital. In the Kyiv region, enemy sabotage and reconnaissance groups (SRGs) are being actively detected and destroyed. Ignoring the norms of international humanitarian law, they disguise themselves in the military uniform of the Armed Forces, the National Guard and the National Police of Ukraine, use Ukrainian flags or white flags to open fire and destroy Kyiv.

The desperate defense of Ukrainian troops rapidly lowers the morale of the enemy and their will to win. Cases of desertion and voluntary captivity by entire units were recorded in the occupiers’ ranks.
VIDEO: The enemy surrenders en masse on the outskirts of Kharkiv (Center for Strategic Communications and Information Security).

The work of Ukrainian fighters was enhanced by anti-aircraft missile divisions S-300, hitting three planes of the occupiers. Therefore, on February 28, the Air Force shot down five fighters. According to preliminary data, these are Su-30 and Su-35.

An anti-aircraft missile system Buk M-1 shot down a cruise missile and an enemy helicopter near Kyiv. Ukrainian Su-25 attack aircraft worked in units and pairs and fired several missile and bomb strikes at columns of armored vehicles and enemy manpower in Kyiv and Zhytomyr regions.
The Su-24m of the Air Force inflicted at least four devastating bombardments on tank columns, columns of mechanized equipment, motor convoys with fuel and oil in the Chernihiv region and near Berdyansk.
Extremely accurate work of Bayraktar TB2 crews. This time – three targets – an enemy tank and two anti-aircraft missile systems “Buk”.
Since the beginning of the open invasion, Russia has launched 113 operational and tactical missiles such as Iskander and Caliber to the peaceful towns and villages of Ukraine, said the Commander-in-Chief of the Armed Forces of Ukraine Valeryi Zaluzhnyi.

The bombing of Okhtyrka
On February 28, the occupiers were bombing the city with hail and bombed aircraft. Russia’s Grady destroyed the military unit in Okhtyrka. More than 70 Ukrainian soldiers died. Their bodies, as well as the bodies of civilians, are being sought primarily to bid farewell to our dead and provide them with a dignified burial.

In addition, enemy aircraft dropped bombs, probably vacuum. A fire broke out at the oil depot. This type of weapon is prohibited by the Geneva Convention.

Video of the head of the Sumy regional state administration Dmytro Zhyvytskyi:

The projectile hit an oil tanker where there was not much fuel. Emergency workers put out the fire in half an hour. 93 OMDR “Cold Yar” released a photo of the remains of a bomb to record the Russian war crime and provide evidence for the international tribunal in The Hague.

Ukrainian troops are not in debt. The corpses of the occupiers are on the streets of the city. They are collected by the representatives of the Red Cross mission to be sent to Russia. Enemy equipment was destroyed and captured.

Bombing of Kharkiv
The living force of the Russian-Belarusian occupation army proved powerless against the Armed Forces of the country: they could not capture the city. Therefore, artillery is fired from afar and bombs are thrown by aircrafts.
On February 28 and the morning of March 1, a number of targets were damaged by bombings and shelling. As of noon on March 1, at least 10 people have been killed and more than 20 injured in a rocket attack on central Kharkiv. Rescuers and volunteers rescued about 10 people from the rubble. Work continues (Hromadske).

Video, photo – from the Facebook page of the Kharkiv book publisher, director of the KSD publishing house Pavlo Holubnychyi.

Central Freedom Square, target was the building of the Kharkiv Regional State Administration 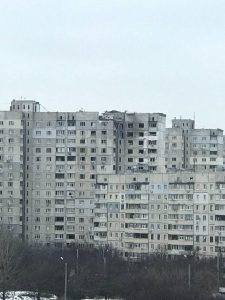 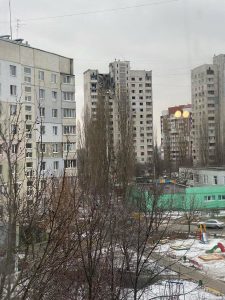 
Bombing of Kyiv
At night of March 1, Russian aircraft attacked Brovary and bombed a military radar center. Video by journalist Terrell Jermaine Starr. Brovary came under fire at about 7 pm on February 28, almost immediately after the talks on the Belarusian border.

Consequences of shelling and bombing of Chernihiv
In Chernihiv on February 28, the Russians destroyed the suburbs. Ruined buildings, killed and wounded local citizens. Emergency servicemen showed the consequences when they were able to dismantle the debris.
Photo source: State Emergency Service of Ukraine

A huge fire was raging in Chernihiv – the occupiers hit the Epicenter hypermarket, and neighboring houses were set on fire.
Video: Suspilne Chernihiv

Despite the threat to their own lives, Chernihiv residents are blocking the movement of military equipment of the occupiers towards Chernihiv on the main street. People blocked the road for the technology. According to the witnesses, there were also tanks. Russian military equipment turned around and drove towards Senkivka, where it came from.
Video: Suspilne Chernihiv

These events were preceded by heavy night shelling of Chernihiv.
Video: SES