Ukrainian Air Assault Forces are operating an unknown modification of the BRM-1К combat reconnaissance vehicle equipped with a new turret.

A photo of this armored vehicle was released by the Air Assault Forces Command’s press service.

The photo captures two Soviet infantry fighting vehicles with a single-seat turret, but with a wider turret ring, characteristic for the BMP-2 and BRM-1К. Characteristics of the fender, however, indicate that this is indeed the BRM-1К.

The retrofitted vehicles were equipped with the BMD-2 Soviet-era airborne infantry fighting vehicle turret. Such a solution to replace the turret may be the result of the military personnel’s request to receive combat vehicles with more powerful weapons.

These vehicles were first demonstrated during events dedicated to the Ukrainian Air Assault Forces Day. 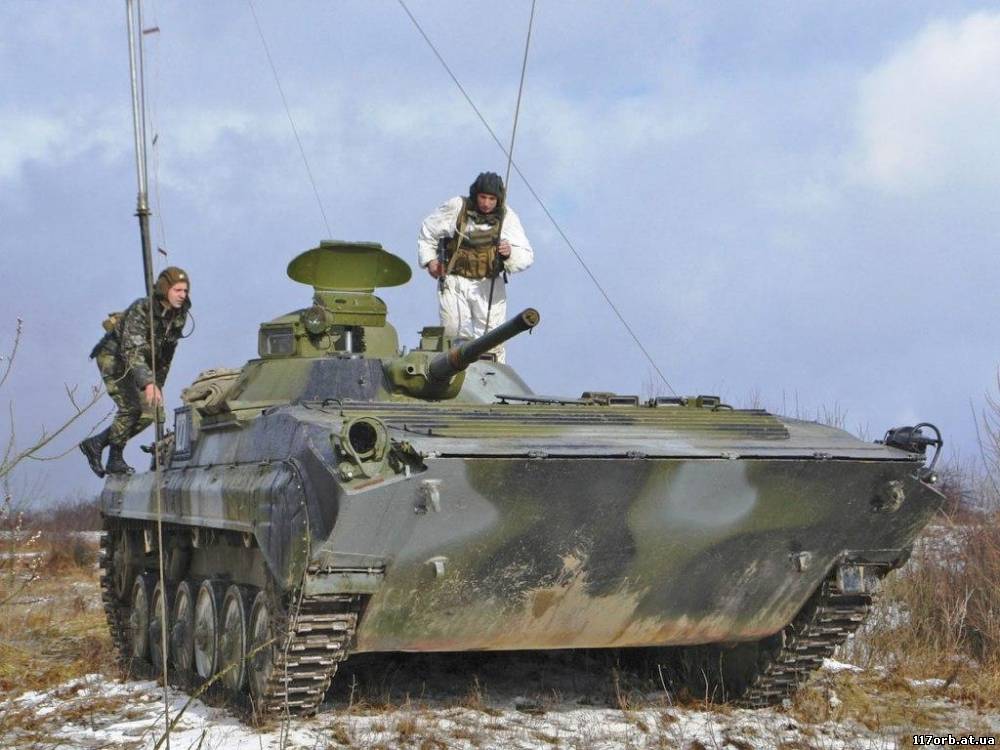 BRM-1К is a combat reconnaissance vehicle developed on the basis of the BMP-1, which was equipped with a new wide two-seater turret. The standard BRM-1К weapon system, developed in the mid-70s, consists of an outdated 73-mm 2А28 “Grom” gun and a 7.62-mm PKT machine gun, which today are not able to provide quality fire support to infantry units on the battlefield.

Ukrainian airborne combat reconnaissance vehicles were equipped with a single-seat BMD-2 turret, the weapon system which consists of a 30-mm 2А42 autocannon, a 7.62-mm PKT machine gun, and Fagot ATGM. It is a conceptual analog of the BMP-2 turret and is able to effectively fight against light armored vehicles and the enemy manpower. 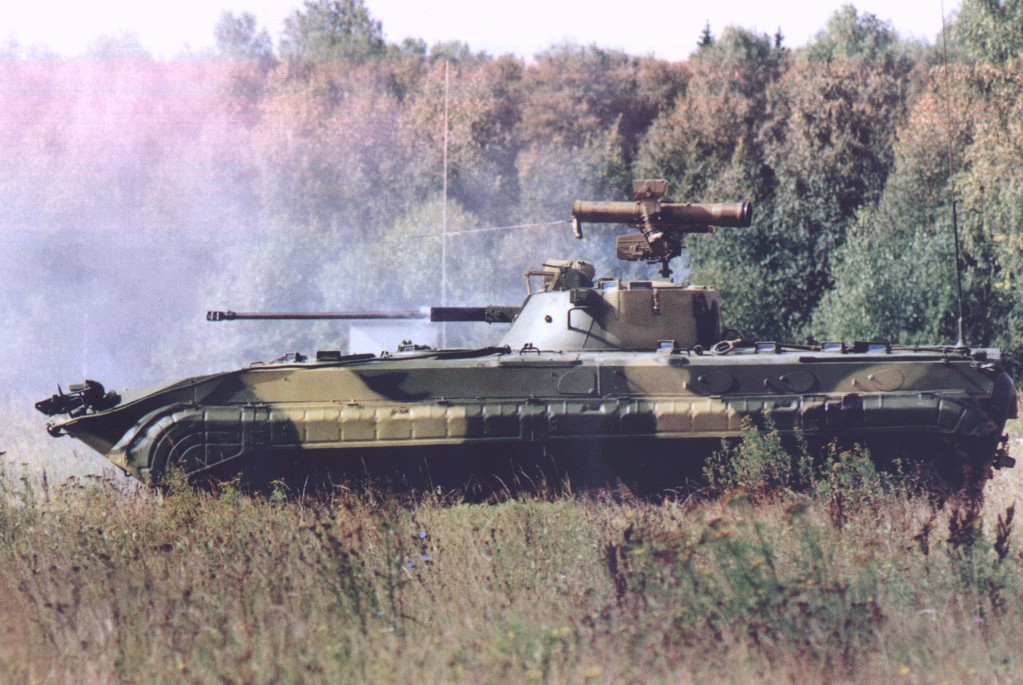 Such a modernization project was developed in 1997 by the Russian design bureaus. Then the countless BMP-1 reserves were tried to be updated through the old weapons replacement. For this, a project to modernize the BMP-1 to the BMP-1-30 “Razbezhka” was designed.

The BMP-1 had the BMP-2 combat compartment mounted on it. Its small single-seat turret fits very well in place of the old one. As a result of the modernization, it lost anachronism in the form of the 2А28 “Grom” gun and received a modern 30-mm autocannon in a serial-produced combat compartment with minimal alterations and interference with the design.

Who carried out the modernization, and where did the BMD-2 turrets come from?

Such a conversion requires serious interference with the design. Professional support of engineers and special equipment is necessary for a number of operations, and regular repair battalions do not have them. It can be assumed that the workers of Ukrainian defense enterprises had their hand in the airborne`s modernized vehicles.

The source of the turrets is presumably the old Ukrainian and captured Russian BMD-2s. Soviet BMD-1 and BMD-2 airborne infantry fighting vehicles have a small running resource due to a number of design solutions, which is affecting their service life. Also, a strong shortage of spare parts poses an additional problem in the maintenance of these vehicles and is the reason for their decommission from the Armed Forces of Ukraine.

Dozens of airborne infantry fighting vehicles with the exhausted chassis resource that cannot be serviced by the Armed Forces of Ukraine, apparently, flooded the storage bases. Their turrets and combat compartment were still valuable resources through which they decided to strengthen the existing fleet of armored vehicles.

The decision to replace the BRM-1К turret with the BMD-2 one is a logical attempt to improve the existing fleet of armored vehicles and makes sense in the current conditions, but it still does not make it a BMP-2 analog. The single-seat turret of the airborne infantry fighting vehicle with a 30-mm autocannon does not withstand any competition with the BMP-2 two-seat turret neither from the point of view of ergonomics nor from the point of view of the ability of the gunner to simultaneously observe the battlefield and control the weapon.