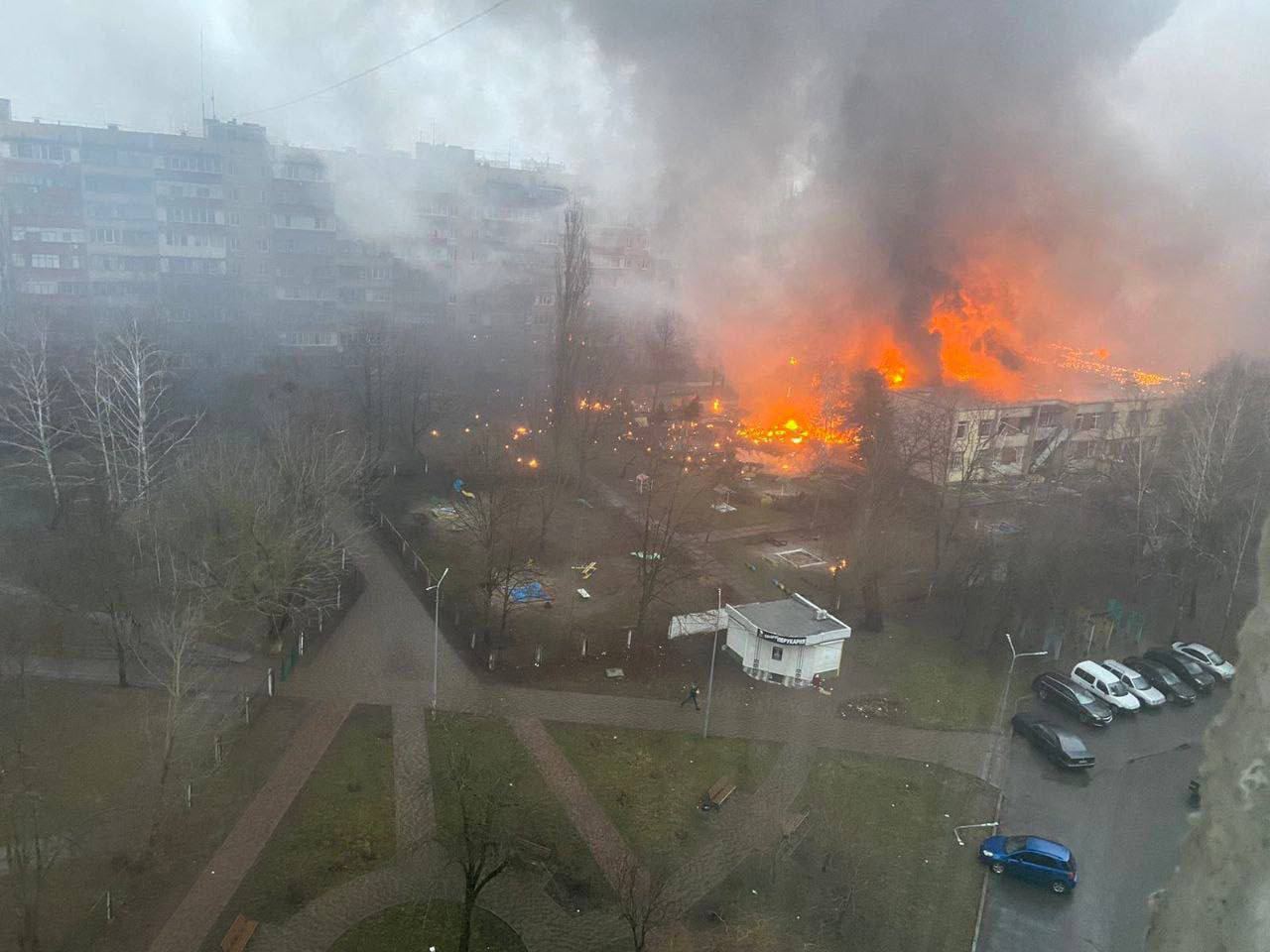 Ihor Klymenko, Head of the National Police of Ukraine, reported the leadership of the Ministry of Internal Affairs was killed in the helicopter crash in Brovary.

He also stated that as of now, 16 casualties were confirmed. Of these, 2 are children.

9 of the dead were on board the helicopter.

22 victims are in the hospital, of which 10 are children.

All specialized services are working on site. The scene inspection is ongoing. 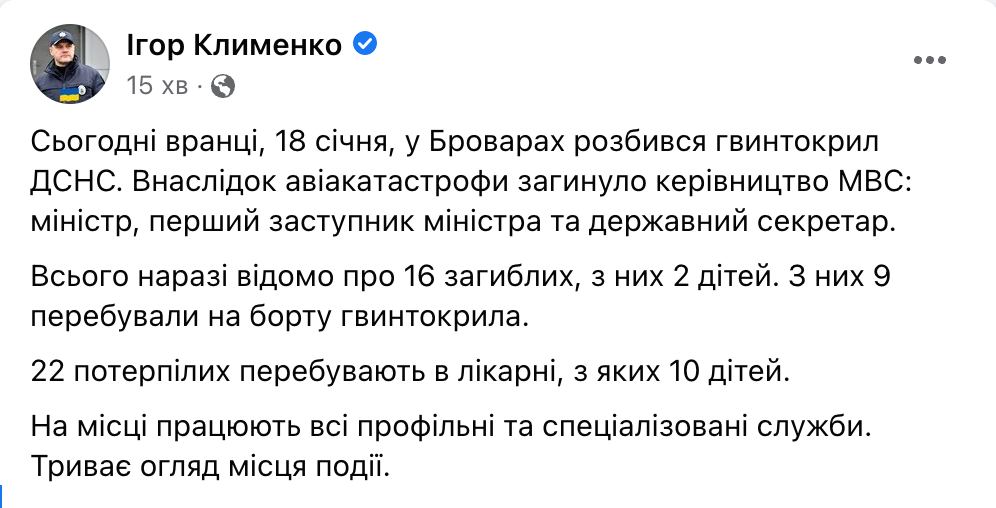 Yurii Ihnat, Spokesman for the Air Forces of the Armed Forces of Ukraine, announced that a helicopter of the State Emergency Service crashed near the kindergarten in Brovary.