15 July, 2022 The Ukrainian Sea Guard ensures the transportation of agricultural products through the Bystre estuary. July 2022. Frame from the video from the Ministry of Infrastructure of Ukraine

The Ukrainian Sea Guard provides transportation of Ukrainian agricultural products via the mouth of the Bystre river on the UMS-1000 project boats.

The Ministry of Infrastructure of Ukraine published a video of the work of the Sea Guard of the State Border Guard Service of Ukraine as a part of the defense forces.

The Defense Forces ensure the control and security of agriproducts transportation channel usage by commercial ships. As well as ships’ passage by the Bystre-river estuary from the Danube River to the Black Sea.

“The liberation of the Snake Island by the Armed Forces of Ukraine is not only about the return of our territory and military success, but also about the economy and solving the global food crisis,” the statement said.

It is noted that the video was shot by the forces of the Joint Coordination Press Center of the Defense Forces of the South of Ukraine.

“We are grateful to the Naval Forces of the Armed Forces of Ukraine, which, at the request of the Ministry of Infrastructure of Ukraine, joined the organization of transportation of agricultural products,” MoI emphasized.

Due to the fact of control returned over the island, the two-way shipping from the Danube River to the Black Sea through the Bystre was renewed.

This is the way to the Ukrainian Danube ports of Izmail, Reni and Ust-Danube. 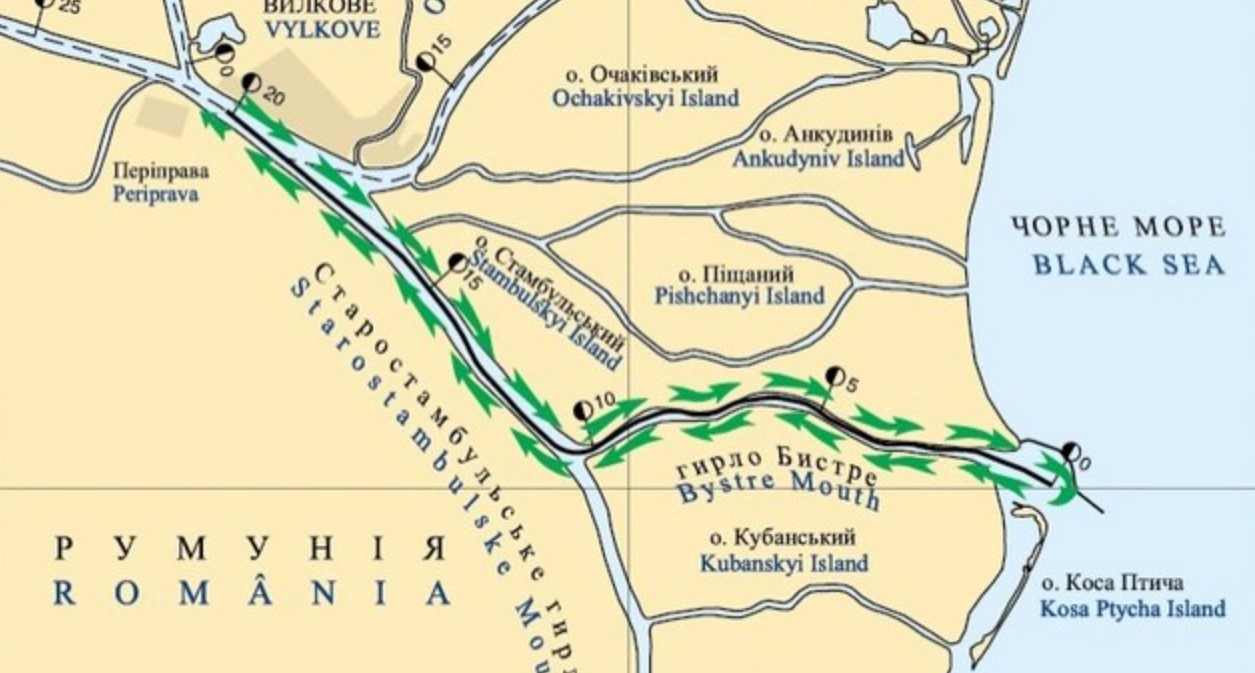 “Now ships that enter our ports to bring agricultural products will be able to use two routes – the Romanian Sulina Canal and the mouth of the Bystre River-Danube to access the Black Sea. This will significantly free Sulina, the uncontested and limited capacity of which leads to long-term downtime of ships on the raid,” said Oleksandr Kubrakov, Minister of Infrastructure of Ukraine.

In particular, it’s connected to the port’s export potential increasing, optimizing the operation of the port and the construction of auxiliary railway and road infrastructure.

Ukrainian Sea Guard is a structural detachment of the State Border Guard Service of Ukraine, the main tasks of which are related to the protection of the state border of Ukraine at sea and other water areas.