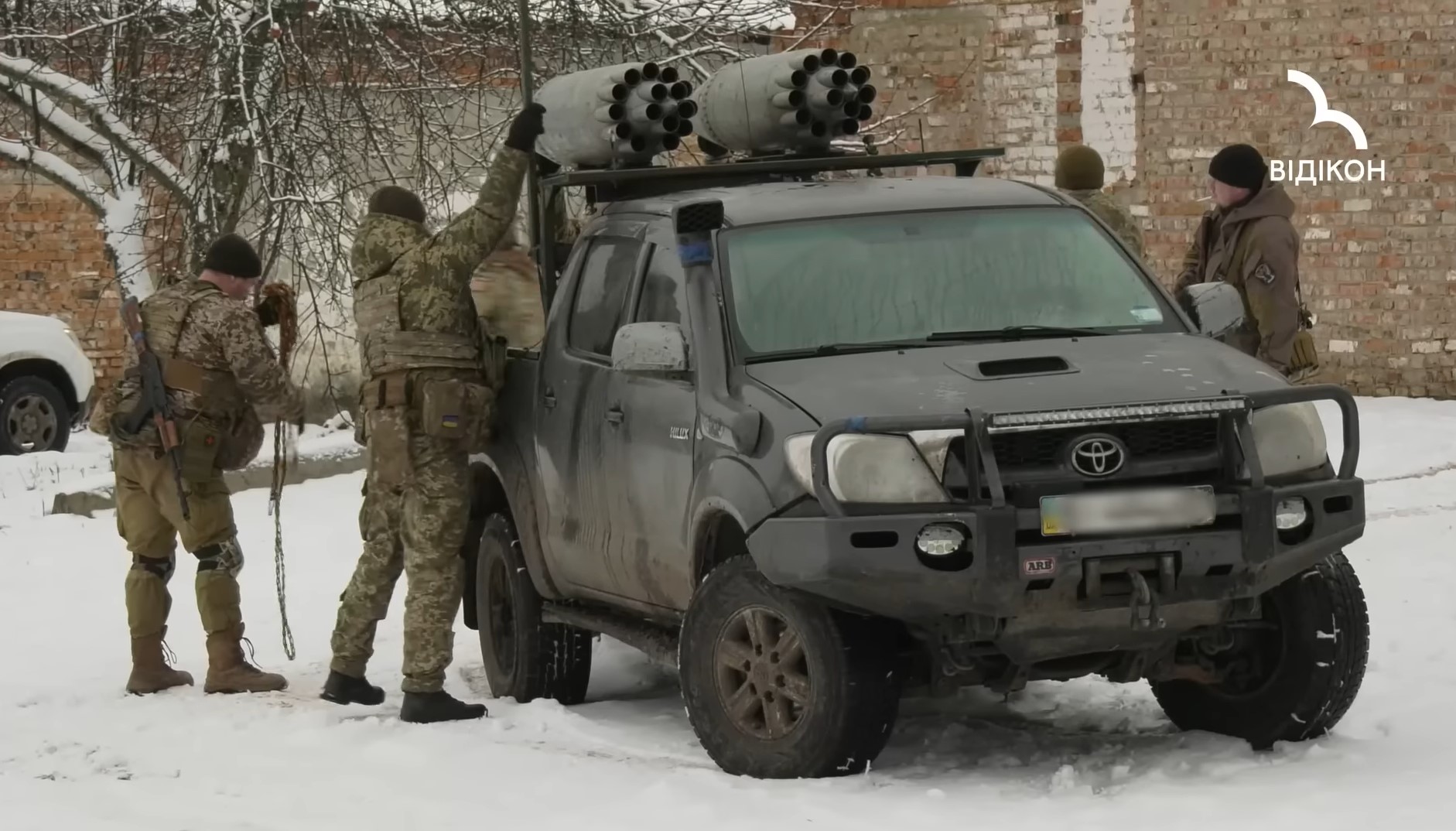 15 January, 2023 Mobile rocket system with UB-16-57 for S-5 missiles of the Ukrainian military. Ukraine, Sumyshchyna. January 2023. Frame from the video of Vidikon TV

The border with Russia in the Sumy region has been strengthened by mobile rocket launchers with S-5 missiles.

One such DIY rocket system with a crew of three can launch 32 unguided missiles in a minute and a half.

To do this, an UB-16-57 rocket launcher for 16 S-5 missiles is used, which is usually installed on aircraft.

Sumy fighters installed two such blocks on a SUV with the ability to rotate and point through a mortar sight. 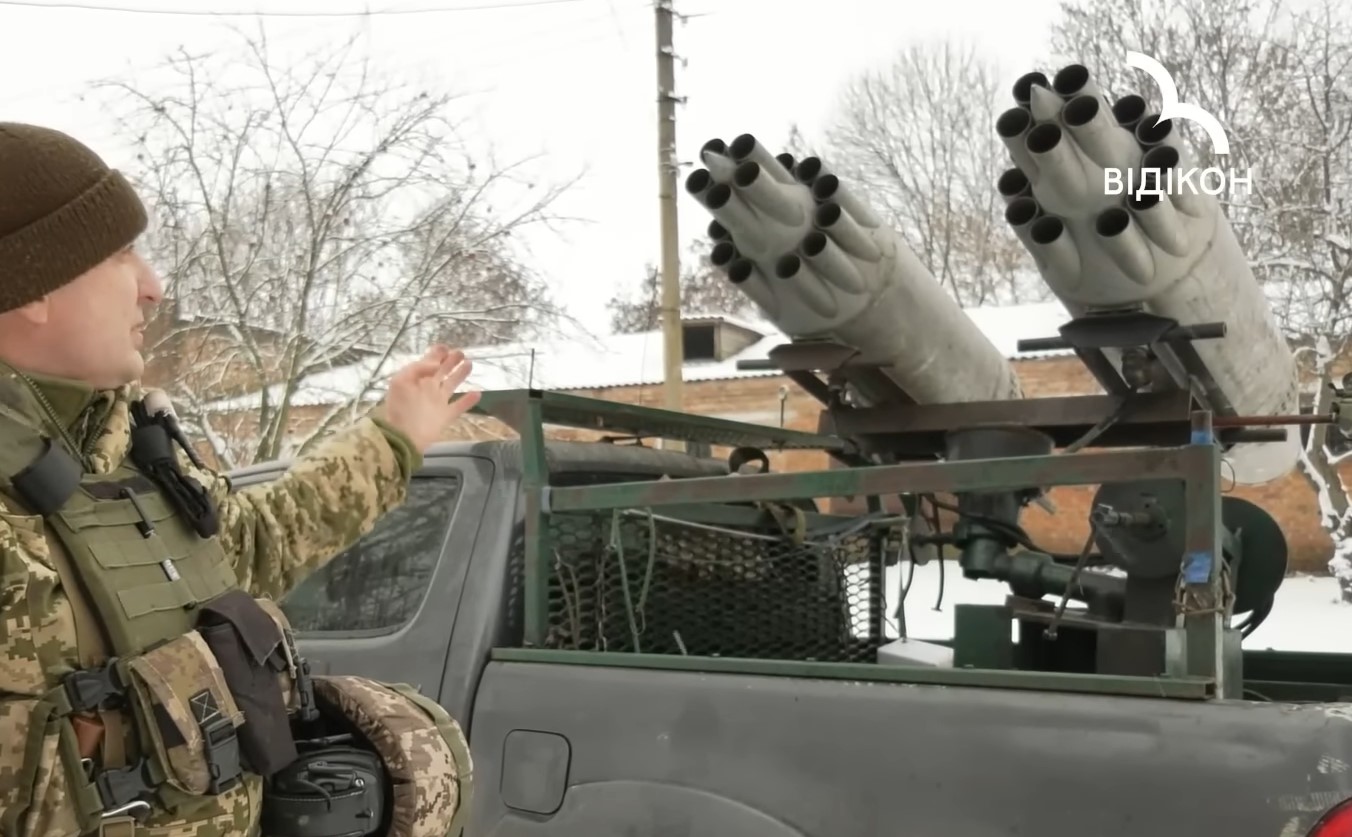 Soldiers say that the range of defeat reaches more than five kilometers.

Control is carried out through a special remote control and the shooting process itself is as automated as possible.

“Covers a large area due to the fact that the rocket is not controlled, it flies on its own trajectory. That is, the zone of defeat is very large,” the soldiers say. 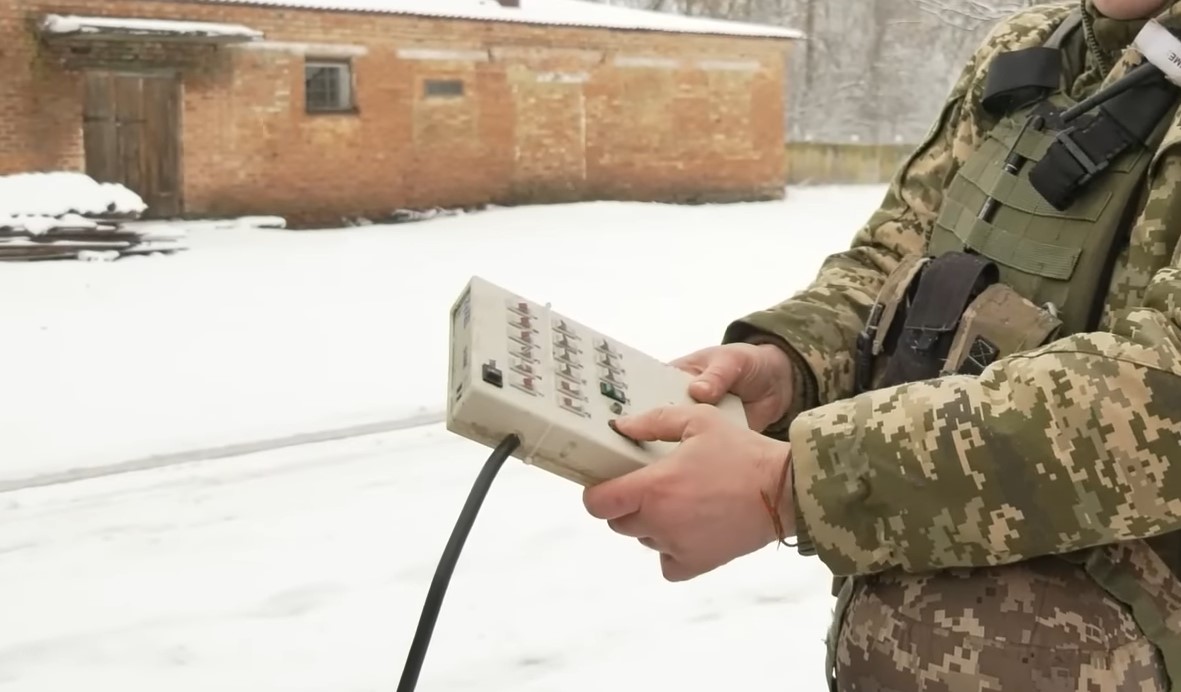 These types of missiles are equipped with different types of aircraft and helicopters.

The fighters claim that there are no problems with these missiles and that they are in sufficient numbers in warehouses. 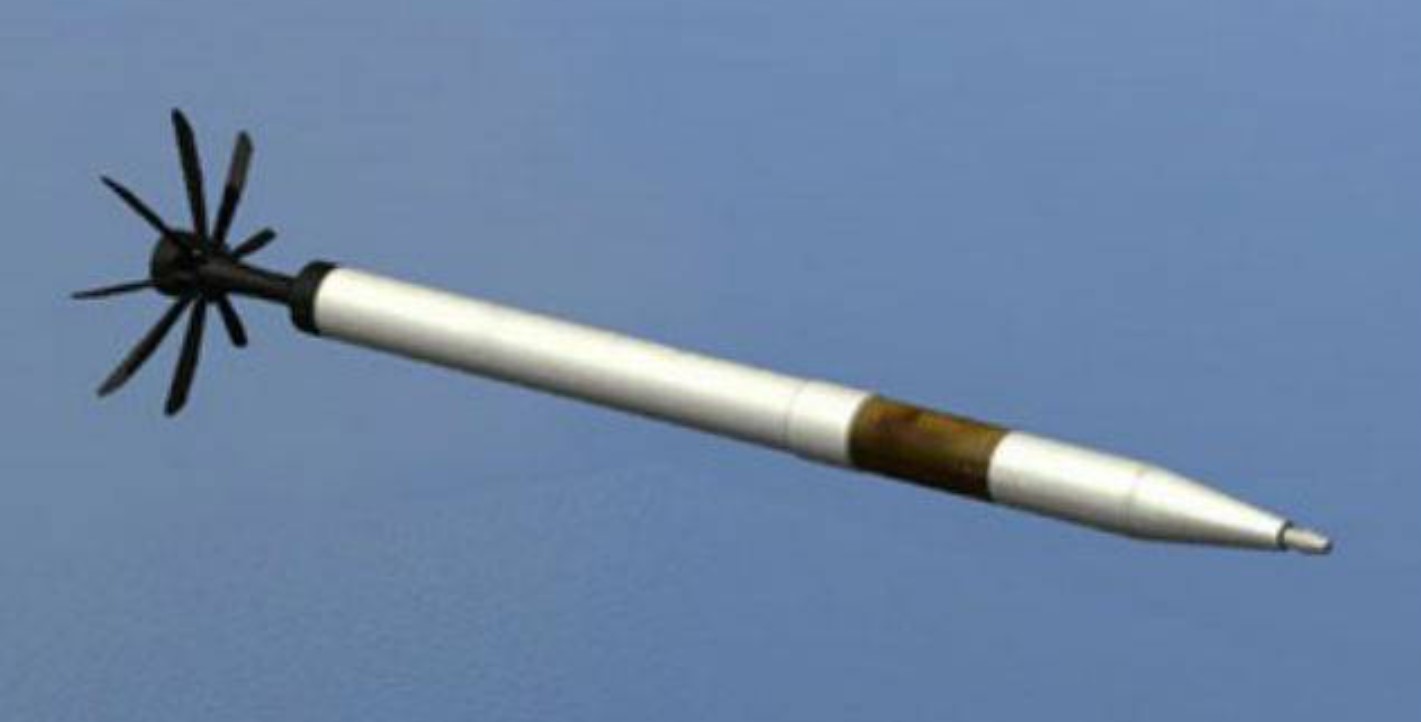 Recall that in one of the cities, Ukrainian volunteers launched a workshop to convert pickups for 122 mm rocket launchers.